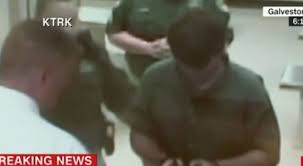 The response to the rise of the white male terrorizer in America today is emblematic of white privilege.  All the human rights and civil freedoms promised to us all are dumped upon these rampaging murderers.  Not only do these killers walk quietly into prison cells, but simultaneously we are even given sympathetic background information about them. Make no mistake.  These are cold blooded mass murderers, who seek infamy.  And society responds with empathy and curiosity.

Yet unarmed African Americans, who have broken no laws at the time, somehow contribute to their own demises.  We hear terms like uncooperative, non-compliant, threatening and hostile.  How can police discover proper techniques to safely extract heavily armed white men who have only seconds prior killed or maimed people, but have no choice but to kill unarmed law abiding black men?

Mass school shootings are a relatively new phenomenon that is suddenly occurring a lot more frequently.  Another “Again?” moment happens whenever news breaks of the latest shooting.  Predictably another “troubled” white male grabs a gun and indiscriminately kills innocent kids at school.   Gun control is debated, and some conservatives are starting to introduce minor restrictions to gun laws.   Amid these tragedies, public policy is shifting and on the most sacred and defended 2nd Amendment, we are beginning to see some change.

Another “Again?” moment occurs when another unarmed black man is killed by the police.  But when police kill unarmed and law abiding African Americans, the extreme stress police officers face daily along with any criminal past and the uncooperative spirit of the deceased are the overwhelming information we are provided.  If the dead man does not have any criminal history, then the fear and stress the officers face in these fast paced and dangerous calls for service are emphasized.

Unlike changes to local gun laws, to date, no retraining of officers is planned.  There has been no nationwide movement to reduce officer violence upon the public in the black community. In fact, the victim is demonized when white cops kill black men. The dead black man is pegged as obstinate and his race is actually a contributing factor in his death. (Think Alton Sterling in Baton Rouge), while the white cop is described as a faithful public servant. We must acknowledge the blackness of the dead man creates another level of instinctive hostility and a rationale for the violence perpetrated by the officer(s).  Because Blue Lives Matter and White Live Matter, but Black Lives, well that’s kinda’ just a slogan. 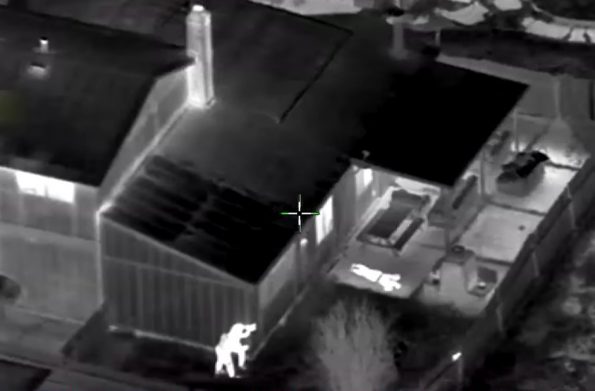 Tamir Rice is dead, yet the murderer in Santa Fe, TX was calmly walked into the police station after shooting a police officer and 19 others.  Or just a few weeks ago in California, Stephon Clark, while holding only a cell phone in his own backyard was shot and killed without warning exemplifies the difference skin color makes in America.  We are all saddled with our own biases.  And too often police view black men as criminal assailants who pose an immediate and glaring threat to their safety.  Simply because they are black.

Meanwhile white men shoot and kill many people and shoot a police officer and the police use tactics and procedures to apprehend the suspect and bring him to justice.  If the police can safely apprehend a white man who has just committed mass murderer, why do they kill unarmed African Americans during often routine interactions encounters?

White murderers deserve the rights of American society.  Should not innocent, law abiding black citizens be afforded those same rights?

One thought on “White Killers Live, While Innocent Blacks Die”