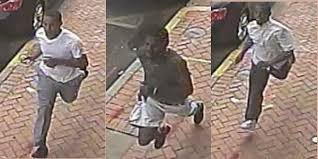 Imagine that you have tried to reach a friend (with whom you have an ambivalent relationship) by phone (or email), leaving messages, yet have not received a call in return. In situation like this, it is easy to jump to conclusions in an intuitive manner that your friend wants to avoid you. The danger, of course, is that you leave this belief unchecked and start to act as though it were true.

Confirmation bias occurs from the direct influence of desire on beliefs. When people would like a certain idea/concept to be true, they end up believing it to be true. They are motivated by wishful thinking. This error leads the individual to stop gathering information when the evidence gathered so far confirms the views (prejudices) one would like to be true.

Once we have formed a view, we embrace information that confirms that view while ignoring, or rejecting, information that casts doubt on it. Confirmation bias suggests that we don’t perceive circumstances objectively. We pick out those bits of data that make us feel good because they confirm our prejudices. Thus, we may become prisoners of our assumptions. For example, some people will have a very strong inclination to dismiss any claims that marijuana may cause harm as nothing more than old-fashioned reefer madness. Some social conservatists will downplay any evidence that marijuana causes harm.

Confirmation bias can also be found in anxious individuals , who view the world as dangerous. For example, a person with low self-esteem is highly sensitive to being ignored by other people, and they constantly monitor for signs that people might not like them. Thus, if you are worried that someone is annoyed with you, you are biased toward all the negative information about that person acts toward you. You interpret neutral behavior as indicative of something really negative.

Wishful thinking is a form of self-deception, such as false optimism. For example, we often deceive ourselves, such as stating just this one; it’s not that fattening; I’ll stop smoking tomorrow. Or, when someone is “under the influence” he feels confident that he can drive safely even after three or more glasses.

Self-deception can be like a drug, numbing you from harsh reality, or turning a blind eye to the tough matter for gathering evidence and thinking. As Voltaire commented long ago, “Illusion is the first of all pleasure.” In some cases self-deception is good for us. For example, for dealing with certain illnesses having positive thinking may actually be beneficial such as cancer, but not diabetes or ulcer. There is a limited evidence that believing that you will recover help reduce the level of stress hormones, giving the immune system and modern medicine a better chance to do their work.

In sum, people are prone to believe what they want to believe. Seeking to confirm our beliefs comes naturally, while it feels strong and counterintuitive to look for evidence that contradicts our beliefs. This explains why opinions survive and spread. Disconfirming instances are far more powerful in establishing truth. Disconfirmation would require look for evidence to disprove it.

The take home lesson here is that set your hypothesis and look for instances to prove that you are wrong. This is perhaps a true definition of self-confidence: the ability to look at the world without the need to look for instances that pleases your ego.

For group decision-making, it is crucial to obtain information from each member in a way that they are independent. For example, as part of police procedure, to derive the most reliable information from multiple witnesses to a crime, witnesses are not allowed to discuss it prior to giving their testimony. The goal is to prevent unbiased witnesses from influencing each other. It is known that Abraham Lincoln intentionally filled his cabinet with rival politicians who had extremely different ideologies. When making decision, Lincoln always encouraged vigorous debate and discussion.

One thought on “What Is Confirmation Bias?”