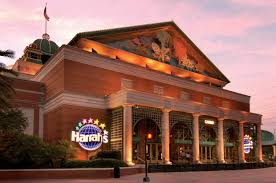 Without much fanfare a bill allowing the expansion of Harrah’s Casino is snaking easily through the Louisiana legislature.  The house always wins in gambling but Harrah’s is trying to make out like fat cats with this one. The state legislature’s proposed giveaway to Harrah’s is shocking considering the current financial condition of state finances.  Or maybe the financial straits are the results of this type of fiscal management from our legislature.

In this case, legislators will circumvent state open bid laws  and forgo enough money to erase the entire deficit.  Furthermore, legislators will allow the casino to keep all profits that should be taxed at the rate of other casino income.  The notion that states and municipalities can incentivize businesses to locate or expand through tax breaks and subsidies has morphed in Louisiana to giveaways at the expense of local citizens.

Seemingly to ensure that Louisiana continues to rank as the worst state in America, our state legislators are moving toward a 30 year no bid contract extension for Harrah’s casino. While Harrah’s just might be the best operator of the “only” land-based casino in the state (Except those on Native American land), they should have to rebid their contract which is set to expire in 2024.  Harrah’s originally paid the state $155 million for the right to operate the only land-based casino.  The current value of this contract is at least $500 million dollars and could easily fetch a cool billion on the open market. 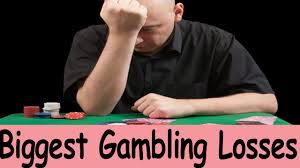 Not only are our legislators passing up an opportunity to see what the market for a land-based casino in New Orleans is, but they are allowing Harrah’s to game the system.  Currently Harrah’s pays the state about $60 million annually, which by the way is $40 million less than the original contract was supposed to guarantee.  But this new law will allow Harrah’s to expand not just the casino floor, but other build other previously forbidden amenities like concert venues, high end restaurants, and spas.  This would transform the former Rivergate Center into a Las Vegas style resort casino.

The casino business itself has transformed over the last 30 years. Much less overall revenue comes from gaming.  Much more comes from shows and restaurants and bars and spas.  The industry is no longer the smoke filled, cash gripping, cards counting high stakes rooms of old.  Today, many people walk across noisy craps tables floors to the serenity of a soothing massage and intimate show with a big-name performer.  The biggest new source of income in casinos is from non-gaming sources.  Gaming revenue is flat at best.

Our New Orleans casino is one of the better performing casinos outside of Vegas and good ole Harrah’s wants to make the casino an even more appealing destination. But the competition is fierce as just about every state now has casino gambling, Harrah’s wants to make our casino a great destination. This new legislation would allow Harrah’s to do just that.  Sounds nice, except when you realize Harrah’s wants to maintain the current payment calculation to the state.  Harrah’s payment to the state is based upon gaming receipts.  Harrah’s has pushed the current bill that will continue to calculate payments to the state based upon the declining revenue source of gaming only.  None of the increased income made from these new amenities will be included in the calculation of how much the casino owes the state.

Our legislators ought to be smarter.  Allowing the operator to include the new amenities makes sense.  The land-based casino will be much nicer and hopefully more profitable. For a state that is at the precipice of a fiscal cliff, not putting the permit, which will could raise a billion dollars, out to bid is irresponsible.  And allowing the operator to keep all the profits generated by the new amenties that the new law allows seems especially Louisiana 50th place like.

We gotta do better!