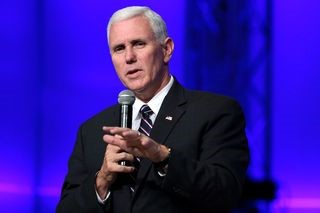 The Vice President-Elect on Implicit Biases

After all that has transpired since, it may seem like ancient history by now, but one of Vice President-Elect Mike Pence’s comments during the debate between the Vice-Presidential candidates raised an issue of considerable interest to cognitive scientists.  Mr. Pence suggested that politicians (presumably, those on the left politically) should stop citing implicit bias among police officers “every time tragedy occurs,” and he criticized Hillary Clinton for asserting that everyone possesses implicit biases.

On the latter point, Mr. Pence appears to have misunderstood the science.  Arguably, the most intriguing work in psychology and the cognitive sciences over the past five decades is precisely the vast array of experimental findings supporting the view that implicit cognition and the biases built into it are, in fact, pervasive in members of our species.

Some Implicit Cognition and Accompanying Biases are Nearly Universal

To call cognition “implicit” is to hold that it and the biases that it informs are, among other things, automatic, intuitive, and (mostly) unconscious.  Some implicit cognition appears to be very nearly universal.  That is certainly true for almost everyone older than six or seven years of age.  Implicit cognition concerns both knowing how to do something, such as adjusting your gait when walking across uneven terrain, and knowing that something is the case, such as knowing that your friend is annoyed about something on the basis of some small difference in his or her facial expression or tone of voice or bodily comportment.  The biases in this case are the dispositions to attend to these features about a person’s appearance and behavior rather than, say, attending especially to the motions of their ears and the appearance of their elbows.  That it seems obvious that the features above are more diagnostic than either ears or elbows is just the point.

These maturationally natural cognitive dispositions concern a wide array of matters that likely loomed large in the survival of our ancestors.  Those matters range from such things as humans’ understandings of the basic mechanics of solid objects, their natural languages, and their inclinations to favor their kin, to their discrimination of disgusting materials and their appreciation of the prohibitions on ingesting them.  Typically, neither the capacities in question nor the biases that characterize them are taught.  Still, even in these cases culture clearly plays a role.  Culturally specific inputs tune the relevant cognitive systems, so that children acquire the language that is spoken around them and regard as disgusting those substances that nauseate the members of the culture in which they were reared.

Can People Overcome Their Implicit Biases?

The findings about implicit cognition are that the concomitant biases operate automatically.   If, by whatever means, Americans have acquired implicit stereotypes that associate danger with African American males — and a good deal of circumstantial social evidence as well as more systematic experimental evidence in social psychology (link is external) suggests that that is so (regardless of how people performed on measures of racial prejudice), then it would seem that the associated biases could well have influenced the behaviors in question.  Consequently, it would seem that Mr. Pence bears the evidential burden with respect to his first complaint about some politicians’ presumptions that implicit bias always figures in the tragic events to which he alludes.

Mr. Pence’s concerns, though, raise a fascinating question.  Does conscious reflection and training about implicit biases and their influences mitigate their impact on individuals’ behavior?  If people, including police officers, consciously understand the character and effects of implicit biases, does that enable them to overcome their influence?

The evidence in other domains is mixed, at best.  Research on the cognitive foundations of both science and religion indicates that implicit biases tend to intrude unconsciously in on-line cognition in ways that can sometimes supersede the influence of years of education — whether scientific or theological, respectively.  In the world of science, at least, it seems that the best bulwarks against such intrusions are not just the lengthy process of each individual scientist’s education and apprenticeship, but the scientific community’s collective insistence on and enforcement of the public availability and critical scrutiny of scientific research, in general, and of its methods and evidence, in particular.

One thought on “Can People Overcome Their Implicit Biases?”