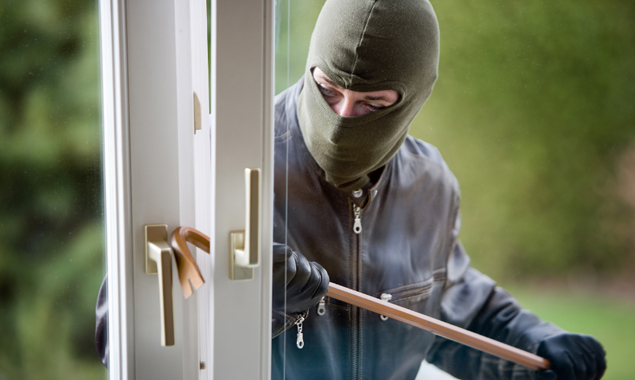 What You Need to Know

As a prosecutor, when I address community groups I often began by asking, “How many of you live in a safe neighborhood?” Inevitably, a significant number of hands go up. The most telling information comes when I ask the next question: “What makes your neighborhood safe?” The answers are often the same: They know their neighbors. They have a neighborhood watch association. They live in an upscale zip code. But do these factors really immunize a neighborhood from crime?

It depends in part on what type of crime we are talking about. Thieves can make a killing burglarizing high-end homes while the occupants are jet-setting around the world. And neighborhood watch programs only work if neighbors are actually watching.

So wherever you live, take all of the necessary steps to protect yourself, your loved ones, your home, and your neighbors. Because, according to research, you may only be as safe as the distance you live from criminals traveling to a neighborhood near you—who are often repeat offenders.

Source: Image by TheDigitalWay from Pixabay

Where Do Offenders Offend?

When it comes to vaguely planned or opportunistic crimes, however, are there locations where criminals are more likely to strike? Research provides some answers.

The Road to Nowhere (Except Jail): Traveling Criminals

In The Road to Nowhere (2000), Paul Wiles and Andrew Costello examined the behavior of “traveling criminals.”[i] They studied recorded crime data from the city of Sheffield, data from the North Yorkshire police force jurisdiction, as well as other sources of data including convicted interviews with 70 convicted burglars and thieves, in order to determine travel-to-crime patterns. They found that at least within the city of Sheffield, the average distance traveled to commit a burglary was 1.88 miles, and 2.36 miles to commit the crime of “taking without the owners consent.”

Acknowledging that there is some evidence that distances traveled to commit crime might have increased over the years, Wiles and Costello nonetheless concluded that in most cases, the distances traveled were usually relatively short. They note that where criminals travel longer distances to commit crimes, they typically visit areas connected to their own residential area, such as a location related to holiday or leisure travel.

Wiles and Costello also noted the distance traveled to commit crime was often shorter per the offender’s own report than the distance shown by police data. They explain this was often because offender interviews revealed that they spent the night before the crime at the home of a friend or romantic partner instead of their home address as recorded in law-enforcement data

One interesting finding in this research involved premeditation—or more accurately, the lack thereof. Wiles and Costello found that among the crimes they studied (involving theft), criminal travel was not primarily prompted by plans to offend. Instead, they found that the crimes were opportunistic, depending on circumstances that “presented themselves during normal routines,” as opposed to proactively searching out locations to commit crime.  article continues after advertisement

Do Criminals Return to the Scene of the Crime?

Does an arsonist slink back to the area where he tossed a match to watch the fire spread? That would be an important fact to know. So would whether he had started a fire there before. Accordingly, researchers study crime patterns in order to determine where different types of criminals are likely to strike, as well as how many times.

Amanda Hering and Sean Bair (2014) investigated spatial patterns of criminal offending.[ii] They note that because a minority of citizens commit a majority of crimes, there is significant benefit to studying the systematic behavior of repeat offenders.

Examining 31 unique crime series that were committed in two cities in the United States, Hering and Bair found, among other things, that robbery series were more likely to demonstrate a measure of uniformity than burglaries—which had a tendency to exhibit clustering.

Specifically, they found that half of the robbery series began dispersed, and then developed clustering with the addition of more events, indicating that criminals often return to locations of past crimes after they have offended elsewhere.

The popularity of online networks and apps designed to connect us with our neighbors and share sightings of suspicious people reflects our collective appreciation for the importance of safety in numbers. Aided by surveillance cameras and Ring video, perceptive observers are even more likely to spot a repeat offender who returns to the vicinity of a past crime. Let us be intentional about protecting ourselves, our neighbors, and our community.