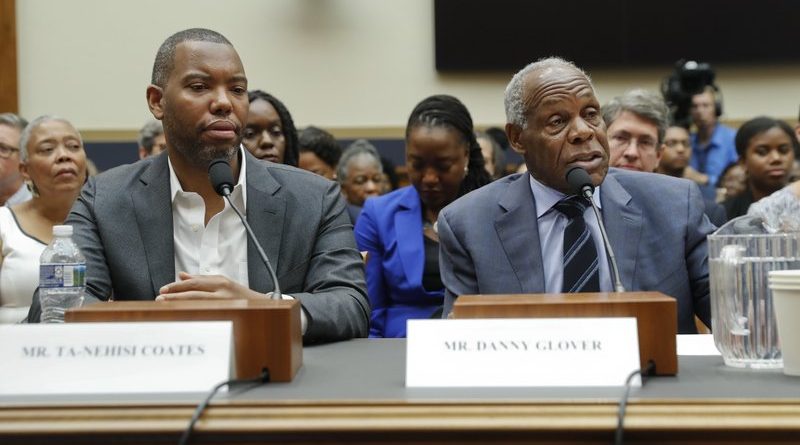 The Reparations dialogue/debate continues and appears to be heating up and may become a 2020 presidential election campaign issue.  This election may become  Trump versus a consummate “social justice” Democratic candidate.  With reparations as a legitimate consideration in an issue-oriented election, I urge African Americans and their allies in the quest for reparations to pause before investing too much time and emotion in pursuit of this goal and not carefully consider the big picture.  In the words of a personal injury lawyer whose television commercials ring in my ears, “Don’t take a quick check!”

The point is to not settle your case too early without considering all that you may be entitled to. Even if reparations checks were forthcoming – and they are not – African Americans will be commodifying not only the pain and suffering of slave ancestors (for which no monetary value can ever be established) but setting a pricing structure for their continuing and future enslavement in the present neo-colonial economic and cultural structure under which they presently live.  I know, that was a mouthful. Let me explain.

Reparations are topical (again) owing to the introduction of House Bill (H.R.) 40, originally sponsored by Representative John Conyers of Michigan and resubmitted by Representative Sheila Jackson Lee of Texas. This bill, if passed, establishes a “. . . Commission to Study and Develop Reparation Proposals. . .” and the commission’s task is to “. . . examine slavery and discrimination in the colonies and the United States from 1619 to the present and recommend appropriate remedies.” It further goes on to state that a goal is to identify and examine discriminatory institutional structures that contribute to lingering negative effects on African Americans living in present-day society.  Democratic contenders, Cory Booker, Elizabeth Warren and Kamala Harris all support reparations in some form.

The push-back and against reparations comes from some predictable quarters: conservative Republican congresspersons, Blacks that feel they really can make it if they work harder (especially, work harder than white people), the Trump-type ultra-nationalist racists  (many of whom – not to put words in their mouths – might say, “I will not pay higher taxes to provide more handouts to niggers and Indians”), and even some middle-of-the-road whites who may have “liberal” or progressive tendencies that acknowledge the past and current wrongs experienced by African Americans but who may find that financial remuneration will cause too many stresses on America’s already-strained financial, economic, and cultural system (it may create and entitled class, imagine that).

Then of course there is the ubiquitous argument that no one alive today either experienced, perpetuated, or benefited from slavery – that was 150 years ago – all victims and perpetrators are long since gone.  In this “thing of the past” crowd, I include Kentucky Sen. Mitch McConnel  who proudly proclaimed that, on behalf of Blacks and for which I assume they should be grateful, and I paraphrase, America  “. . . fought a Civil War . . . passed landmark Civil Rights legislation . . .   elected an African-American President.”  McConnel forgot to mention Affirmative Action, a program that, for the longest, I thought would be the only thing slave descendants could even dream of getting.

I, therefore, ask what reparations will accomplish.  How far back must one go to get a real gauge of what has been done because I do not think that 1619, when slavery started in America, is quite far enough.  And what should African Americans receive? Take America up on its initial offer of forty acres and a mule or take its in-kind equivalent and adjust for inflation?  Perhaps another Affirmative Action-like program? I believe that reparationists have a lot of research and studying to do and if the conversation gets real tense and all the appropriate topics are covered, this next presidential election could easily carry the undertones of “Black people versus White people.”

3 thoughts on “Reparations are now a 2020 campaign issue”