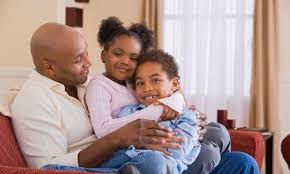 By Hogan Hilling and Tom Konecny

As active and involved dads in our communities, we question how after over three decades fatherhood organizations like the National Fatherhood Initiative (NFI) and National Center for Fathering (NCF) can continue to misinform the public about father absence.

The following statements appear on the NFI and NCF websites:

According to the national surveys conducted by NFI, 9 in 10 parents believe there is a father absence crisis in America. – “NFI”

If it were classified as a disease, fatherlessness would be an epidemic worthy of attention as a national emergency…… In short, fatherlessness is associated with almost every societal ill facing our country’s children. – “NCF”

From the observations we’ve made, the facts and images that reflect the true nature of fatherhood has been far different than the one described by the NFI and NCF. Therefore, we question the validity of their method of practice in their research and conclusion about father absence.

We began an extensive research into the history of father absence, and more importantly, to find the truth about today’s modern dads. The most interesting discovery was a 2004 article written by Dr. Stephen Baskerville published in the Independent Review titled, Is There Really a Fatherhood Crisis?

One of Baskerville’s conclusions struck a chord with us. He stated that, “On its surface, the government’s fatherhood campaign seems to make good sense. As currently conceived, however, it may be having precisely the opposite effect of that advertised.”

We agree father absence exists but not to the degree the NFI and NCF claim it does, nor do we believe there is a fatherhood crisis.

We feel if a fatherhood organization proposes to improve the quality of life for fathers and their children, then the focus should be on the greater number of good, responsible, active dads and not the minority of absent, irresponsible dads. A good example is the professional sports industry. There are many great athletes who developed good habits to be successful at their craft and perform at a higher level but there are also bad players with bad habits who never improve their skills and achieve fame. To help aspiring athletes who would like to become professional athletes, the sports world encourages them to model their game after the good players, not the bad players. We don’t know of one major sports organization who advertises mediocrity or promotes a campaign that highlights athletes with bad habits to encourage young athletes to not be like them. What we see everyday from the sports world are positive role models. Remember the Gatorade “Be Like Mike” commercial that highlighted Michael Jordan?

We feel it’s time to share the truth about how researchers and fatherhood organizations have inflated the father absence numbers; mislead the public to believe a fatherhood crisis exists; and more importantly share evidence that proves today’s dads have made tremendous progress as active parents in the last three decades. Here is a list of our top five truths.

Truth #1: There is no clear definition of father absence.

In 1995, David Blankenhorn fueled a national father absence campaign with his book Fatherless America. While his book did an excellent job cataloguing the issues and problems associated with a father’s absence in the raising of a child, the book didn’t provide a clear definition of father absence.

What we did find was an explanation by Dr. Lynda Boothroyd, Lecturer in the Department of Psychology at the University of Durham:, University of

Father absence is a term that is not well defined and much of the literature does not discriminate between father absence due to death, parental relationship discord or other causes.

How is it possible to collect the correct data about father absence without a clear definition?

Other questions also crossed our mind. Without a clear definition of father absence, how can any person or researcher make a judgment call on whether a father is really emotionally absent?

Without the correct data, how is it possible to measure the true scope of father absence?

Who should have the authority to judge whether a dad is emotionally absent?

The answer is because father absence has been more about perception than fact.

Truth #2: There has been no research on what causes father absence.

Based on the collection of data referenced by those who have led the father absence campaigns, fathers are solely to blame for the fatherless crisis in America, as though abandoning a child is a natural phenomenon among dads, and only his actions contribute to fatherlessness. We believe this is a false and unfair declaration because there are other possible factors, which could contribute to and/or cause father absence. Some examples include maternal gatekeeping, the legal system, especially in divorce, custody cases and paternity status and rights.

In 1999 the National Council on Family relations published a journal about maternal gatekeeping. The title alone demonstrates how it is possible for a mom’s over zealous participation to contribute to father absence – Maternal Gatekeeping: Mothers’ Beliefs and Behaviors That Inhibit Greater Father Involvement in Family Work by Sarah M. Allen and Alan J. Hawkins  (Journal of Marriage and Family, Vol. 61, No. 1 (Feb., 1999), pp. 199-212.)

According to most state laws, if a mother is not married at the time a child is born and has not been married any time during the preceding 10 months, no father will be named on the birth certificate unless both parents file sworn statements or unless so ordered by a court of competent jurisdiction.

Even if a mother lists the father on the application, it will not make it onto the actual birth certificate without the father’s signature on a legal acknowledgement of paternity form. Ultimately, the decision of whether to include a baby’s father’s name on the birth certificate is a personal decision made solely by the mother, which is a strangely high degree of power with far-reaching implications.

These and other legislative acts led us to consider the following scenarios.

What about the mom who has full knowledge of the man who helped her conceive the baby, yet still refuses to identify him and place his name on the birth certificate?

What about the mom who gave birth to a child but didn’t know the father?

What about the father who didn’t know he was the father?

What about dads who filed for divorce and live in a different house? Does his physical separation from a child constitute labeling him as an absent father? We believe the answer is “no” because there is evidence to prove that dads who live in the house are also capable of being emotionally absent.

Truth #3: Since the early 1990s there is sufficient evidence to show how much father presence has grown in America.

In 1986 Dr. Bruce Linton founded the Father’s Forum, a program for expectant dads. That is eight years before the debut of the NFI and nine years before Blankenhorn’s book – Fatherless America.

Dr. Linton’s success and valuable work spawned other expectant dads groups to prosper. The most notable is Boot Camp for New Dads (BCND) founded by Greg Bishop in 1990. BCND started with one program in Irvine, California. Today, BCND is offered in 45 states.

In 1994 the first active Dads Club at an elementary school debuted at El Camino Elementary School in Irvine, California. Today, there are thousands of Dad Club Chapters throughout the USA.

The National At-Home Dad Network founded in 1995, a year after the NFI debuted, has the distinct honor of hosting the second longest consecutive fatherhood convention in the USA and in 2018 the NAHDN will host their 23nd Annual Convention.

New York City Dads Group was founded in 2008 and now operates and manages other groups in 32 major cities in the USA.

The Dad Blogger industry has grown exponentially. There are more than 1,000 dads who belong to a Facebook group called “Dad Bloggers,” and there are thousands more independent dad bloggers throughout the online world.  There is also an annual Dad Bloggers event called Dad 2.0 Summit, founded by Doug French and John Pacini in 2012.

What today’s modern dads have accomplished in the last thirty years has been a remarkable achievement.

Truth #4: Our fathers before us have been given a bad rap.

Researchers describe dads of previous generations as less than capable to care for and nurture a child and also accused them of not spending enough time with their kids.  How is it possible for researchers to measure a dad’s level of involvement at a time when they were not alive to evaluate the dads and, more importantly, also accuse fathers of any generation as being absent without a clear definition of father absence?

In previous generations dads and moms were designated with specific gender roles established by our culture. Dads played the role of the primary breadwinner and mom the primary caregiver. However, as far back as 1971 there is evidence of dads who chose to be the primary caregiver for their family.  This is documented in the movie Duel.  In the beginning of the movie while the main character Dennis Weaver is driving his car, a radio interview is heard in the background about an at-home dad.

Given the aforementioned truths we feel the fathers of past generations deserve an apology.

We believe the good people in this world far outnumber the bad people. Therefore, we feel it would be fair to make the same statement with respect to fathers – that the number of responsible, engaged, purposeful, and involved fathers far outnumber the irresponsible and absent fathers.

While the NFI, NCF and other fatherhood organizations continue to play the father absence card and claim that there is a fatherhood crisis, we believe dads in the last three decades have clearly demonstrated that Fatherhood Is Alive and Well!

Tom Konecny and Hogan Hilling are co-owners of Dad Marketing Consulting, LLC, and authors of, “DADLY Dollar$: How Marketing to Dads Will Increase Revenue and Strengthen Families.” Hilling is also a nationally recognized and OPRAH approved author of 12 published books, and founder of United We Parent. Hogan Hilling, P.O. Box 3763, Crestline, California 92325 hogan@dadlyrally.com and hogan@unitedweparent.com