Should You Purposely Test Another’s Limits?

Are you willing to explore someone else’s boundaries? Here’s why you should.

In one of his early lectures, the eminent author and couples therapist Harville Hendrix presented a case vignette that startled his audience. Yet his description was every bit as delightful as it was provocative.

His awkward confession was that he’d long imagined (and with tremendous, “illicit” excitement) what it would be like to suck his spouse’s big toe—a fantasy he never dared share with her for fear she’d be offended or, if he ever dared make such an advance, put him down. And when his wife heard this long-withheld confession she literally gaped. Why? Well, it turned out that her most titillating fantasy about her husband—which she never felt comfortable sharing with him, afraid he’d make fun of her and see her as perverted—was that he’d . . . suck her big toe!

This example, at once surprising and amusing, is also profoundly instructive. On the surface, it suggests that you won’t get what you want unless you ask for it—or simply “go for it.” Your partner (or, for that matter, almost anyone else) is unlikely to intuit what you haven’t had the courage to share. And the net result of keeping your need or desire to yourself is that this very cautiousness guarantees ongoing frustration—and perhaps unnecessarily. On another, deeper level, not talking about or acting in ways you’d like, for fear of the other person’s reacting negatively, can seriously hinder a relationship from reaching its potential.

If, like so many others, you’re conflict avoidant and your primary consideration is to maintain relational harmony, you may be buying that harmony at a very high cost. The possibly gratuitous constraints you’re imposing on your relationships may render impossible the fulfillment they might otherwise offer you.

In general, we can’t learn what another’s limits are until we test them. Young children, in their naiveté, do this instinctively. The younger they are, the more likely—and frequently—they’ll test your limits (not to mention your patience!). They need to learn which behaviors are, and are not, acceptable. It’s not merely a matter of manipulation or aggressive attempts at control. Unless they’re born with an internal primer, they don’t know how far they can push, or what it takes to get others to go along with their wishes. And because they’re motivated by powerful impulses to get or do whatever in the moment feels compelling to them, unless they’re told otherwise they’ll just, “innocently,” pursue the objects of their desire.

Obviously, if only to keep children from accidentally hurting themselves, parents need to set limits for them. And, needless to say, these limits should be reasonable and upheld consistently. When kids overstep their bounds—or, presumably, “know better” but can’t resist overriding impulses—disciplining them should be done without harsh punishment. For we need to honor the fact that in regularly testing others’ limits, children are learning vital lessons in what’s possible and, just as important, what’s appropriate for them. 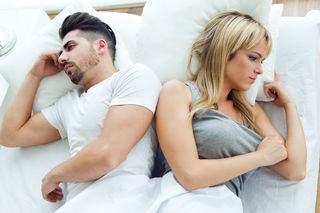 In that sense, children have much to teach us. For as we grow older, more skeptical and wary, we’re increasingly likely to avoid testing others’ limits. Having become negatively sensitized to disapproval and rejection, we develop ever stronger defenses against all we’ve come to link with personal vulnerability.

That constrains us. And our relationships as well. For evading anything that might feel like emotional jeopardy is to resign ourselves to a life that can provide us with far more security than joy.

Earlier I wrote a post called “Better Sorry Than Safe?” because I wanted to emphasize that if we’re to lead a full and satisfying life, we had best not shy away from challenges and difficult situations. It takes courage to overcome inhibitions, break through barriers, and take chances. But finally, do you really want to live a life where all your behaviors are governed by the dictum “play it safe”?

Another important point to be made here is that it’s just not wise to make any more assumptions about a person than any individual circumstance might warrant. When we do, what typically happens is that we’re projecting our own anxieties, hesitancies, wants and needs onto someone who hardly qualifies as our clone. And the more we refrain from checking out—or testing—our assumptions, the more we restrict ourselves and the relationship. The other person may have personal, or professional, boundaries that differ from ours, but we won’t know for sure until we’re willing to expand our comfort zone and explore with them what those boundaries might be.

There are many areas that may be precarious to venture into. But unless you inquire, you can’t know what they are. In addition to the always sensitive subject of sex, they could relate, say, to monetary matters, politics, or religion. Doubtless, it’s only circumspect to approach such topics gingerly—to be tentative and restrained in making a comment or asking a question. And sometimes you’ll need to back off when it becomes evident that your relationship could be compromised if you allow yourself to pontificate on such delicate topics.

However, if you determine that a subject is safe to discuss, then exchanging your viewpoint with the other person can both deepen and expand the relationship. And even if you’re not really on the same page, unless your perspective (or the other’s) is extreme, it may yet be safe—and stimulating—to discuss your varying views. For if you don’t even broach tricky subjects, that’s yet another way you may needlessly be limiting the potential gratification that the relationship might offer you.

In conclusion, every relationship has its own standards, guidelines, and rules. And they’re most often implicit rather than vocalized. The only way you can be certain about a relationship’s limits is to probe them—to test the waters, as it were. And at times these non-articulated rules can only be identified by breaking them. Usually that’s okay, for you’ll generally have the opportunity—on the fly, as it were—to recalibrate your behavior. Consider, too, that these limits may not be constant. They could have more to do with the other’s mood, immediate circumstances, or even time of day.

So remember the anecdote about toe-sucking. And don’t forget that you’ll lose opportunities whenever you refrain from tentatively putting your foot in the water to check whether its temperature might be suitable to—well—jump in.