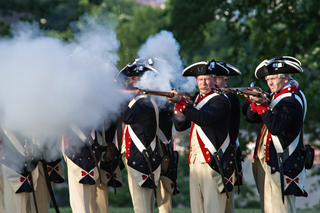 There is reason to believe that America’s gun crisis has dark roots.

Like many of us, I am fed up hearing about the out-of-control levels of gun violence in the United States. Parkland made me feel sick. So did Vegas. So did Orlando. So did Ft. Lauderdale. So did San Bernardino.

As someone with activist leanings, I’ve been working with a large group of local activists to see what we can do to help get our nation on a better path in terms of this problem. And as a behavioral scientist, I’ve been digging deep into research on this issue.

Do America’s Unique Gun Laws Trace Back to Slavery?

One of the more troubling ideas I have come across is found in a thesis put forth by historian Carl Bogus who, in a 1998 paper, argues that one of the core factors driving the establishment of the second amendment, which ensures the right to bear arms, was the appeasement of slave owners in Southern states, such as Virginia, who had a dramatically increased capacity to exert control over slaves with guns. Indeed, a slave rebellion would obviously be difficult to control without guns when you start to think about it.

Apparently, this thesis is not fully accepted by all historians and is up for some debate (Scott Childress Ward, personal communication). Perhaps the slave-control factor, for instance, was a small factor of many in the shaping of that amendment. This said, this thesis does have its proponents within the academy and it certainly passes the plausibility test.

As a behavioral scientist, upon learning about this idea, I found myself just needing to connect the dots—I can’t help it! If our nation’s gun laws were partly designed for the benefit of those in southern states, then we can make a very clear prediction:

Southern states that have a history of slavery should have more lax gun laws compared with Northern states.

Large-scale cultural norms and values are famously slow to change. As such, even though slavery was abolished via the Emancipation Proclamation of 1862, southern states may well still carry cultural values and traditions that are rooted in the olden days. As such, among traditionally southern states (particularly among the southern states that were among the original 13 colonies), we might expect relatively lax gun laws today as the right to bear arms was particularly relevant for the lifestyles of those who founded these states.

Analyses of gun laws across regions of our nation, in fact, bear this prediction out. For instance, in a 2013 analysis by the Law Center to Prevent Gun Violence (link is external) of the relationship between gun-law strength and the rate of deaths by guns in each of the 50 states, states that were in the North during colonial days (Connecticut, Delaware, New Jersey, New York,  Massachusetts, New Hampshire, Pennsylvania, Rhode Island) generally have stronger gun laws than do the five southern states that made up “the south” during colonial days (Georgia, Maryland, North Carolina, South Carolina, Virginia). It is also noteworthy that other slave-owning states, such as Alabama, Louisiana, Mississippi, and West Virginia, score as having very weak gun laws.

On top of this trend for traditionally slave-owning states to have lax gun laws, there is an extremely strong relationship between the strength of the gun laws in a state and the rate of gun-related deaths in that state: States with stronger gun laws have fewer gun-related deaths. In short, this analysis speaks to the fact that gun laws relate to gun deaths in a way that matches a common-sense prediction regarding the relationship between these two variables. Further, it seems that being in a state that has a history of slavery eerily maps onto both the nature of gun laws and the rates of gun violence.

Correlation Does Not Necessitate Causation

Thus, for instance, the strength of the gun laws in a state might relate to the rate of gun violence in that same state, but perhaps this relationship could be due to the fact that rates of gun violence shape the nature of the laws, and not the other way around. Or, perhaps some third factor causes both weak gun laws and high levels of gun-related deaths in a state.

When you have only correlational data, you simply are not in a position to make claims about causality.

This all said, if you are interested in the science of gun violence, I suggest that you check out a recent report by the Rand Corporation titled The Science of Gun Policy. There is a 400+ page FREE ebook (link is external)linked on their site, and it includes a very thorough analysis of the broader issues related to gun policy and gun-related deaths and injuries.

At a recent meeting at a local task force on preventing gun violence, someone indicated that she’d like to hear my thoughts on this topic, as a psychologist. Here are my thoughts: I think that our nation’s unique history that included both a major militia-led revolution and a deep and disgusting tradition of slavery shaped a unique gun culture in our nation—a culture that differs sharply as a function of region (which goes way back into some of the dark history of this nation). Further, all of the research on the availability of firearms and gun violence of all kinds is clear: As more guns are available, more gun-related injuries and deaths occur.

What do we do about it? Well, that question is really not one that I can answer here;  but I can tell you this: Based on all of the research I’ve seen on this topic, working to help bring about sweeping changes to national, state, and local laws regarding gun safety is probably a good place to start.

This article was originally posted on the Psychology Today website