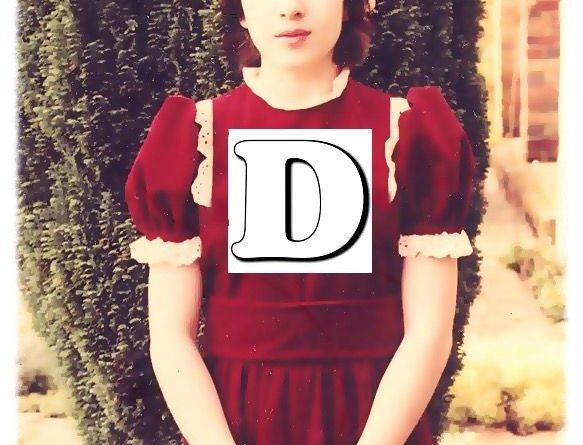 To paraphrase Paul Newman: Sometimes a little Doubt is a Real Cool Hand

Doubt.  It is one of the most glorious words in the English language and one of the best, most intelligent things a human mind can do. To doubt something is to be “uncertain of belief or opinion.” To “deliberately suspend judgment” and seek more information. In other words, to be a skeptic. To think critically before accepting an idea. What better evidence of human mental grandeur is there?

Note right away, I am not talking about self-doubt, lack of confidence or self-esteem etc. That’s a whole other topic and I agree with you: it hurts and little good comes of it. In fact, this article is about almost the opposite of self-doubt. It’s about being OK enough to raise questions, even about religious teachings. To voice the doubt you feel about something you’ve seen or heard in the world around you. There are a lot of forces and institutions out there that do not want you to be empowered to do that. They are not interested in hearing your doubts and questions. Doubt often represents a challenge to something that others have invested in. If someone derives his power or social standing from a belief that you challenge, take a guess what their response is going to be. For that reason, Doubt is not universally revered.

We name our daughters Faith, not Doubt. If I had a daughter, I would name her Doubt. Doubt Davis. It has such an elegance to it and I hope she would wear the name proudly. It says “I will examine this idea, this belief, critically. I will not accept it simply because it is popular or because my minister or my parent or my teacher said it. If it is an important idea I will require some standard of proof or logic before I incorporate it into my life. Comfort and conformity can only take me so far; I need my world to be anchored in reality. If those in authority believe in and speak freely of an invisible ten-foot-tall green man in the sky who runs the whole show and has my best interest at heart, some will accept it on Faith. But others will have the strength to stand up and say “Really? What do we know of this Green Giant and how did we learn it? If he loves me, surely he will not strike me dead for asking these questions (although his disciples on Earth may want me silenced.)”

Expressing my Doubt will put me at odds with much of my cohort. I will risk being an outsider. A shit disturber. A pariah. In a world that reveres blind uncritical acceptance (Remember, in naming our daughters “Faith,” we glorify acceptance without proof), I will openly revere Doubt and name my child for it. I will hope she lives her life accordingly. That she asks for proof and logic. Sending my daughter to college when she grows up is not so she will learn facts. That is a common misunderstanding. It is to encourage her to think critically, and to teach her it is desirable to challenge ideas that don’t sit quite right with her, no matter how popular or comfortable those ideas may be.

Faith is not a virtue.  Some will view that statement as heresy. Nevertheless, Faith may be a sign of weakness. It may be a sign of abdicating our highest mental faculties. It is ironic that we praise our Creator for giving us these faculties! (“Thank you for making me intelligent, O Lord”) but when it comes time to use these faculties in the face of some pretty shaky ideas, we back off and play dumb. Abandoning critical thinking is not a sign of respect for God or for man. Anyone who requires that of you is suspect.

Human civilization would crumble without Science, and Science would crumble without Doubt. That old expression “Inquiring minds want to know” says it all. We inquire not just where there are gaps in our knowledge, but also where present beliefs might be wrong. Everything we “know” is fair game in Science. A healthy mind continues to probe and wonder. To doubt. To be skeptical. Nothing is sacred. Not even the proclamations of an authority figure in a fancy robe. He or the institution he represents might just be wrong. Nobody and nothing is infallible. Anyone can be wrong, no matter how he or she dresses or what their title might be: Dr., Reverend, Professor or Father. If you’ve got an intellectual itch about what you’ve heard or seen, scratch it. Scientists, for example, are wrong all the time. They’ve got years of higher education and many of them have fancy equipment that reaches out into space or deep into the microscopic worlds that inhabit us. They can still be wrong.

The wonderful thing about science is that it knows that. It welcomes that. So-called “facts” do not stand still. Every belief and theory that exists today is as good as the next challenge. It has to stand up to empirical and logical challenges or, out it goes! On to the scrap heap of failed ideas and beliefs. Knowledge wouldn’t grow without challenges to it. That is an essential part of how science works. It is not a flaw or shortcoming in the system. It is the essence of science. It is self-correcting. It thrives on challenges. On Doubt.

Columbia University, my alma mater, has mounted a general education course called “Ignorance.” It celebrates what we don’t know. The gaps in our knowledge. It doesn’t celebrate our knowledge and say “Look how smart we are.” It doesn’t wallpaper over what we don’t know, providing spiritual cover stories that have to be accepted on “Faith.” Instead it spotlights our ignorance, targeting where our intelligent inquiry should be directed.

Authority figures have no part in science done right. Can we say that about Religion: an alternative way of knowing and ordering the universe? Authority is central in religion. “Believe it because I say so or because it is written.” Anything less is considered heresy, a crime once punishable by death. In fact, in some cultures and religions, it still is. Doubt is rarely a comfortable state in religion. Questioning is not generally welcomed. Describing an early encounter with her father, songwriter Jane Getz quoted him in her song Sing Evermore:  “Your mind’s a public nuisance, child / Just be happy you were born.”

Religion is not a system that constantly re-evaluates what it knows. No matter how sketchy or irrational the claims, they are there to be accepted. To quote a popular bumper sticker: “The Bible says it / I read it / That settles it.”  The bigger the stretch from credibility, the stronger the Faith. That invisible ten-foot-tall Green Man would result in some strong Faith. No wonder Faith is revered. The whole system falls apart without it. That is why we name our daughters “Faith” and a child named “Doubt” would be shunned by her cohort in most places on Earth.