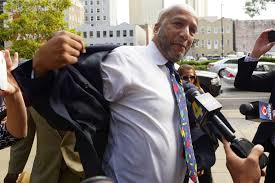 The Opinion And Drama of Pat Bryant

Entergy has some good actors and bad playwrights. The City Council would be smart to wake up and smell the coffee.  Entergy paying actors and others to flood the City Council last October and February to impress the Council that there was widespread support, and there isn’t, for a gas plant in the New Orleans East wetlands. A throwback to the  C. Ray Nagin days.

This is just a tip of the proverbial iceberg. Hang on for a minute while I tell a true story that should be a best selling novel.

Entergy has consultants who produce very little, but make up to $20,000 per month.  I don’t see much they do but stay in touch with the City Council on electricity matters.  The money they are paid is a company operating expense paid by you in your electric and gas bills.

Add the consultants possible influence on the City Council to a couple of hundred folk Entergy paid wearing bright tee shirts telling the council New Orleans needs the gas plant. What do you have? Six Council persons voted for the plant one against. Charades.

Entergy and its local subsidiary president Charles Rice had another dramatic production in 2002. Lillian Regan was director of the City’s Utility Department under Mayor Morial. She led the City to sue Entergy, Cox Cable, and Bell South for overcharging the citizens.

The next scene is forty brake tag inspectors and taxi drivers arrested, hand cuffed, and chained together like on a slave ship, or plantation.  The inspectors and cabbies were charged with bribery and accepting bribes. The director of the City’s Utility Department was charged with malfeasance of office. All charges were dismissed by a judge of criminal district court. Nagin dismantled the Utility Department and privatized brake tags.

The next scene is City Attorney Charles Rice negotiating and settling out of court with Entergy,  Bell South, and Cox Cable the law suits Mayor Morial and Lillian Regan had brought against these companies. New Orleans has not had a City Utilities Department since it was abolished by Mr. Rice and Mayor Nagin. That department was a watchdog for the people of this City.

While the City Council investigates who paid the actors to dupe them, they would do well to investigate (1) who were paid consultants for Entergy for the past 8 years? (2) How much were the consultants paid? (3) Did they write reports? (4) Did they meet with citizens?

In the next scene in come the FBI, Attorney Jeff Landry, the State Police, and the New Orleans Inspector General. A lot of bages flashing, and a lot of people uneasy.

In the next scene the citizens rise up. The City Council took action  Entergy is replaced by a municipal corporation that provides electric and gas service, and cable service as well.

The citizens of New Orleans rose up, organized and demanded better.

The City has a Utility Department

Utility bills are reduced.  There are no outages. Everybody has basic cable for free. There is a charge for premium channels.

This can be done if we kick the rascals out! I know we can do it. Our lives depends on it.