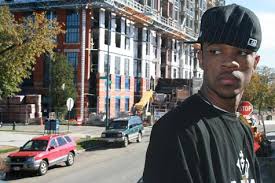 There are 18 people who want to have a word with you. There are some things they want you to know about your city.  They will tell you that it’s becoming a terrible place, but that with the right person in the mayor’s office, it can be great again. That your criteria for greatness may not match theirs or that you may not care is of no consequence. For the next 3 months, they’ll be trying to convince you why they’re the right man or woman for the job.

CRIME IS THE #1 ISSUE

Presently, you live in the 4th most dangerous city in the country, the 32nd most dangerous in the world, according to one study. There are many factors that may contribute to that, but there’s one you’ll be asked to focus on. It’s the one that has to do with young black men running around robbing and killing each other. If they kept the robbing and killing confined to their neighborhoods, then it might not be as big of a political issue. But they can’t. Instead, the robbing and killing is spilling over into more affluent areas, most notably the French Quarter. The candidate who convinces voters that they have the best plan to deal with these young black men will probably become New Orleans’ next mayor.

Two schools of thought offer wildly different solutions, with each promising different paths to utopia.  There’s the law and order camp versus those who believe in community development. To be clear, all candidates will claim that they’re for community/economic development for all New Orleanians, but you want to pay attention to how their plan will specifically help young black men.

The law and order solution basically boils down to hiring more police officers. The proponents will fashion themselves as being tough on crime (translation: tough on young black men). They’ll tell you that you live among a mostly peaceful citizenry that’s being terrorized by a small minority, and how the NOPD could deal with that minority if only it was properly staffed. The NOPD may indeed be improperly staffed, and more officers may make some sort of difference, but that solution denies or minimizes what may be a systemic problem: young black men being able to make more money on the street than they can working for the city or private sector.

The community development solution (mostly being proposed by community organizers) systemically attacks the problem. The proponents will focus on encouraging young black men to make better decisions. They’ll tell you that you live in a city where young black males face all kinds of obstacles, the main one being a lack of decent paying jobs. They’ll vow to invest in neighborhoods by providing jobs that’ll entice those young men to leave the streets. It’s true that there’s not enough money being invested in communities, and it’s true there are not enough job opportunities, but that solution also denies or minimizes what may be another systemic problem: there will still be people shooting heroin or smoking crack, which means there will still be money to be made selling illegal drugs.

What the city may need is a candidate who can provide a synthesis – one who can combine the best of both solutions. What may be needed is a healthy dose of fear (via more police) mixed with a healthy dose of outreach. Nuance like that tends to get lost in elections where candidates try to differentiate themselves through simplistic slogans. That there are 18 people running for mayor may make you think that’s the type of election we will have. But of those 18 only 3 or 4 will receive the money or media coverage and garner your attention. Hopefully, after the introductions are over, this slimmed down field will be forced by the media and voters to talk seriously about our problems. Utopias are nice, but the real question going forward may not be how to get rid of crime, but how much crime can you live with.