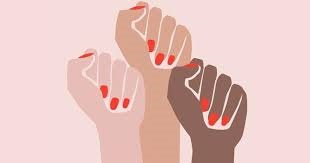 People without financial resources can be exploited: women are at more risk.

Sometimes libido explains why a tumescent male boss or coworker flirts, alludes, presses in too far and too often, but most of the time the display is explained by power and money.

In the #metoo moment, a man explained that men have had a biological sex drive from the beginning of time. And that drive is good for the species. The man, an expert, I believe he said he has a psychology degree, further explained that if an appropriate potential female mate is nearby, a man may naturally approach her sexually. He concluded, most of the time the men mean no harm.

I understand. Since the beginning of time, women need to eat—which is good for the species—but I don’t take my coworkers’ sandwiches.

Money, not sex, is at the root of #metoo.

The charged discussion about sexual harassment in the workplace has laid bare the
vital issue of female empowerment. Women’s physical and economic vulnerability
has been exposed in a new way. As we consider the root causes of some men using their economic positions at work to metaphorically take our sandwiches, and literally proposition, tease, dismiss, and belittle women who may subordinate, imbalances in financial security that make it harder for women to stand up for their rights in the workplace (and at home) will be front and center.

The gender wage gap, slower job advancement opportunities, the growing number
of women who are main breadwinners, and the fact that women take
a disproportionate role caring for children and elderly parents are some of the
factors that put women’s economic futures especially at risk. And without a secure
economic future, women workers are susceptible to having to silently endure abuse
in order to keep their jobs.

Changing men’s attitudes—whether they are perpetrators or bystanders—about
appropriate workplace behavior will not adequately meet the #metoo moment.

A good job is a place to start, but there are other steps to take including more
generous paid leave policies, stronger equal pay protections, better access to career advancement, and affordable health care, and measures to make women less vulnerable in old age.

Though young women get hit on most, older women in certain occupations—such as service—are not immune. Without a pension, and knowing women face intense age discrimination, women may tolerate lewd comments and groping from a boss.

For many women, being old and poor is a dominant worry. Worse, women are
much more likely to say that no one will take care of them when they are feeble and
are more likely to waive off expense care and life saving measure because they
worry about the expense and burden on their families. It doesn’t have to be this way.

An expanded fair pension system would go a long way to better insulating women from the power imbalances in the workplace. And with greater economic security, comes a greater ability to stand up to the men with power over them.