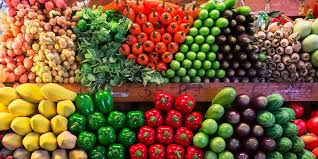 Which diet is better for your health?

A vegetarian diet is linked to lower risk of dementia, diabetes, hypertension, osteoporosis, rheumatoid arthritis, and various other diseases and ailments.

An interest in animal rights is often the reason most vegetarians or vegans begin an animal-consumption-free life.

Thanks to documentaries like Cowspiracy, the negative impact on the environment that animal products (particularly beef and dairy) have is now thought to be a prevailing reason why people go plant-based.

But which of these two diets is better for your health – if indeed they’re better than meat-eating at all?

The vegetarian diet, which omits all meat (including poultry and seafood) and allows for milk, eggs, cheese, and other animal byproducts, is assumed to be one of the healthiest in the world.

Some studies – particularly those on heart health – confirm this as true. Notably, a large study published in the American Medical Association’s Internal Medicine journal showed longer life expectancy for vegetarians, and a 19 per cent reduced chance of dying from cardiovascular disease.

However, statistics like this often come with impeding limitations to research results. Vegetarians, for example, are also more likely to exercise, eat significantly more fresh fruit and vegetables, and drink a lower amount of alcohol than meat-eaters – all activities that positively affect life expectancy and heart health whether you eat meat or not.

Studies routinely confirm other positive health benefits for vegetarians, but many of these have caveats. For example, Californian research by Loma Linda University found that vegetarians had their risk of colon or rectal cancer cut in half, but only if they still ate fish. Full-blown vegetarians saw only an 18 per cent risk reduction, while vegans saw just a 16 per cent drop.

Vegetarianism is also thought to lower blood pressure. A major Japanese study by the National Cerebral and Cardiovascular Centre, for example, did seven clinical trials which all showed dramatic drops in high blood pressure for vegetarians over their meat-eating counterparts.

The key limitation here? All trials included “semi-vegetarians” (ie occasional meat-eaters) in the vegetarian grouping. No science can tell us, exactly, just how much meat sees that blood pressure scale tipping.

Plant-based eating is also linked to lower risk of dementia, diabetes, hypertension, osteoporosis, rheumatoid arthritis, and various other diseases and ailments, but many studies link the same health benefits to low-meat consumption diets as to meat-free diets.

We mustn’t forget about the negative impacts that vegetarian diets have on health. Animal products are all a source of high-quality, dense protein, which is essential for healthy muscles. A diet devoid of meat will likely be low in protein unless you make conscious efforts to eat copious amounts of legumes like chickpeas, tofu and protein powder supplements.

Animal-sourced food is also rich in iron – an essential tool to give you a complete immune system and carry oxygen around your body. An iron supplement is a must for most people who go without consumption of any meat.

As for veganism, there isn’t any substantial evidence out there to prove that it’s better for you than vegetarianism. While for decades we thought eggs were a source of bad cholesterol – strengthening the veganism over vegetarianism argument – numerous modern studies have proven this untrue. Cheese is high in saturated fat, but scientifically this kind of fat is no longer the monster we once feared, either.

Going vegan instead of vegetarian will also significantly limit your consumption of the essential vitamin B12, potentially causing a deficiency. B12 is critical for your nervous system and to keep your blood cells healthy, and deficiencies in this vitamin lead to lethargy and weakness.

While found in abundance in meat, B12 is also in animal byproducts (milk, cheese, and eggs, in that order, contain the most), but if you omit these you’re putting yourself at risk unless you take a B12 supplement.

Do also remember that you can live on biscuits, chips, chocolate, and fizzy drink – alongside an abundance of other processed, packaged foods – and still technically be a vegetarian or vegan.

Is either diet healthier for your body than a standard meat-eating diet? The only real answer is a vague “probably”. Going “semi-vegetarian” seems to be the most proven way forward for your health.

If we all got on board by going meatless just one day a week, in fact, research by the Environmental Working Group suggests we’d make a big dent in climate change reversal, which would make the whole planet healthier, too.