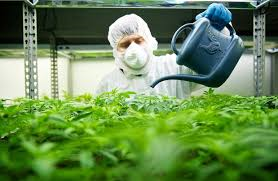 ANOTHER INTERESTING FIND IN THE HISTORY OF U.S. CANNABIS POLICY

While continuing to study our nation’s history of social and legal policies for cannabis, I found a 37-page report prepared in 1972 by the National Commission on Marihuana and Drug Abuse (the “Commission”).  In part, the Commission stated the following:

“Considering the range of social concerns in contemporary America, marihuana does not, in our considered judgment, rank very high. We would deemphasize marihuana as a problem.  The existing social and legal policy is out of proportion to the individual and social harm engendered by the use of the drug.”

The Commission also made the following four statements in the report:

“The use of drugs is not in itself an irresponsible act. Medical and scientific uses serve important individual and social needs and are often essential to our physical and mental well-being. Further, the use of drugs for pleasure or other non-medical purposes is not inherently irresponsible; alcohol is widely used as an acceptable part of social activities.”

“Drugs should be servants, not masters. They become masters when they dominate an individual’s existence or impair his faculties. To the extent that any drug, including alcohol, carries with it risks to the well-being of the user and seriously undermines his effectiveness in the society, that drug becomes a matter of concern for public policy.”

“An essential step in the process of policy-formation is a determination of the circumstances under which use of any given drug poses such risks. For some drugs, the risks may be so great that all permissible measures should be taken to eliminate use. For other drugs, such risks may be present only under certain specific circumstances, in which case society may defer to responsible individual choice on the matter of recreational use but take appropriate steps to minimize the incidence and consequences of dysfunctional use.”

“In formulating a Marihuana policy, our strongest concern is with irresponsible use, whether it be too often, too much, indiscriminate, or under improper circumstances. The excessive or indiscriminate use of any drug is a serious social concern; and this is particularly true of marihuana since we still know very little about the effects of long term, heavy use.”

“The Commission is of the unanimous opinion that marihuana use is not such a grave problem that individuals who smoke marihuana, and possess it for that purpose, should be subject to criminal procedures. On the other hand, we have also rejected the regulatory or legalization scheme because it would institutionalize availability of a drug which has uncertain long-term effects and which may be of transient social interest.”

The Commission went on to recommend a decriminalization of the possession of marihuana for personal use on both the state and federal levels so that (1) production and distribution of the drug commercially would remain criminal activities, as would possession with intent to distribute commercially;  (2) marihuana would be considered contraband, subject to confiscation in public places; (3) criminal prosecution and penalties would be stopped for private use and possession incident to private use, and (4) at the state level, fines would be imposed for use in public.

It is important to note that despite the fact that President Nixon commissioned the study and recommendations, he flatly ignored the Commission’s conclusions and recommendations.  Instead, he sustained his endorsement of the Controlled Substance Act, which he signed into law in 1970 and which classifies cannabis as a Schedule I illegal substance – meaning, like LSD, heroin, and ecstasy, cannabis is considered to be one of the most dangerous drugs, has no medicinal value, and is highly addictive.

On a related note, within an online History.com publication entitled “War On Drugs” the following was reported: 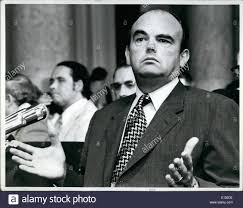 In the interview, conducted by journalist Dan Baum and published in Harper magazine, Ehrlichman explained that the Nixon campaign had two enemies: “the antiwar left and black people.” His comments led many to question Nixon’s intentions in advocating for drug reform and whether racism played a role.

Ehrlichman was quoted as saying: “We knew we couldn’t make it illegal to be either against the war or black, but by getting the public to associate the hippies with marijuana and blacks with heroin, and then criminalizing both heavily, we could disrupt those communities. We could arrest their leaders, raid their homes, break up their meetings, and vilify them night after night on the evening news. Did we know we were lying about the drugs? Of course, we did.”

Now, in July 2018, we are at another crossroads regarding the social and legal policies for cannabis at the U.S. federal government level.

Industrial hemp was made legal at the federal level by the Farm Bill of 2014 in Section 7606.  “Industrial hemp” is defined as a non-psychoactive, high- CBD, low-THC form of cannabis.  Cannabis contains up to 400 chemical compounds, the most common being CBD (a non-psychoactive compound that does not get you high) and THC (a psychoactive compound that does get you high).  The scientific name for CBD is cannabidiol; for THC is tetrahydrocannabiniol.

The FDA has approved a cannabis-derived, CBD-based drug, named Epidiolex, for the treatment of two forms of severe epilepsy that begin in childhood.  It is not entirely clear, but it appears that before Epidiolex can be sold in the U.S. marketplace, the DEA must endorse the FDA approval.  As an aside, GW Pharmaceuticals, the maker of Epidiolex, has also made a CBD- and THC-based drug named Sativex that is used to treat multiple sclerosis, which is marketed in 21 countries outside the U.S.

The U.S. Senate has voted to allow military veterans to access medical cannabis through VA physicians.  A similar bill must be passed by the U.S. House of Representatives.  Then President Trump must sign the bill into law.

On June 27th, Senate Minority Leader Chuck Schumer (NY-D) filed a bill to remove marijuana from the federal controlled substances Schedule I list and empower states to determine how to regulate cannabis.  The bill is supported by Bernie Sanders (VT-D), Tim Kaine (VA-D), and Tammy Duckworth (IL-D).  Along with de-scheduling cannabis, the Marijuana Freedom and Opportunity Act, the name of the bill, would direct a portion of cannabis industry income tax revenues towards small business loans for women- and minority-owned cannabis businesses. 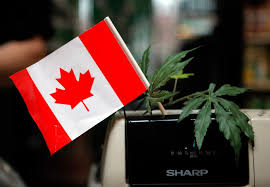 On June 21st Canada legalized cannabis for adult-use at the federal level and sales will begin on October 17th.  Canada is the first G-7 nation to take this step and the second overall after Uruguay (in 2013).  Amsterdam and Germany allow the use of RMJ, but it is not legal in those countries; only MMJ.  There are 18 countries that have legalized cannabis for medical use, with Israel being one of the leaders in MMJ research.  China prohibits cannabis use but is a leading world exporter of hemp and cannabis sativa seeds.

Nevertheless, under current U.S. immigration law, if a Canadian attempting to cross the U.S. border tells a U.S. border agent that he/she previously used cannabis, whether in Canada or the U.S., that person can be banned entry into the U.S. for life.  U.S. Attorney General Jeff Sessions recently delivered this warning to Canadian lawmakers.  (Sessions was referred to as “a.k.a. Buzz Killington” by Cat Wolinski in the January 18th issue of Vinepair.com, an online beer industry publication.)

Have you considered the parallel between state cannabis legalization and state lotteries?  In 1964, New Hampshire instituted a state lottery.  Today, all but four U.S. states have lotteries.  Why?  The majority of U.S. state lawmakers have capitalized on the opportunity to generate much-needed revenue via lotteries as an alternative to raising sales taxes, property taxes, and personal income taxes. But, unlike regulated cannabis, lotteries have no documented medicinal relief for conditions like PTSD, cancer, glaucoma, AIDS, Crohn’s disease, autism, arthritis, chronic pain, OCD, Parkinson’s disease, spinal cord injury, and Tourette’s syndrome – just to name a few.

ArcView Market Research and BDS Analytics project that the U.S. state regulated cannabis market could reach over $22 billion by 2022, with a total economic impact of over $44 billion (i.e., job creation, etc.).

Will the U.S. federal government legalize cannabis for medical use or adult-use?  The U.S. is the largest potential cannabis market in the world.  Stay tuned.

Darryl currently serves as president of Keith Consulting Group, while serving as an executive coach in the Leadership Capstone Program at the University of North Carolina – Chapel Hill Kenan-Flagler Business School.  His LinkedIn profile can be found at: https://www.linkedin.com/in/darryl-k-henderson-b87521134