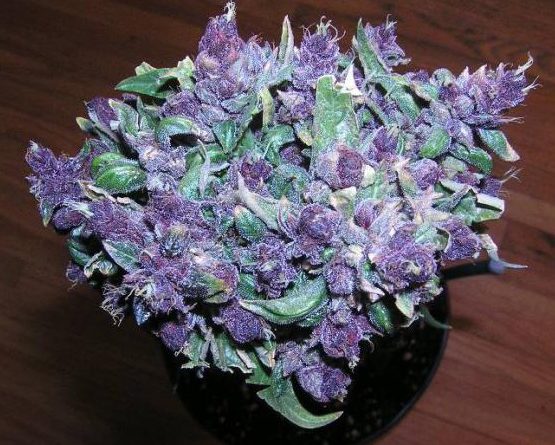 A Synopsis of The Varying Views on The U.S. Regulated Cannabis Industry

As an innovation-oriented business professional, I have been fascinated with the varying views about the state-regulated cannabis industry in the U.S. My studying has required broad research and analyses.

I have often thought that a concise synopsis of the arguments “against” and “in favor of” cannabis legalization in the U.S. would be a nice read. Have you had the same thought?  Good. Look below.  You will find an illustrative (not exhaustive) write-up on the topic.

CON:
Cannabis is a negative substance and has historically been used by people who are looked down upon by mainstream society (i.e., hippies, some racial/ethnic minority groups, etc.).

PRO:
The first recorded use of cannabis for medical or recreational purposes is in the writings of the Chinese emperor Shen Nung from 2737 B.C.

For hundreds of years, cannabis has been a naturally growing plant in many parts of North America.

At one time in the U.S., hemp (a form of cannabis) was one of the most profitable crops in farming. Several of our early U.S. presidents grew hemp, alongside tobacco, to be used in rope, canvas, clothing and paper.

People of color in the U.S., particularly African Americans and Hispanics, have been disproportionately harmed socially and economically by arrests, convictions and penalties for possession and personal-use of cannabis.

Although people of color and Whites use cannabis at roughly the same rates, because of cohort size Whites are the most prevalent users of cannabis.

If a person drinks a beer, cocktail or glass of wine it should not be assumed that he or she is a “drunkard.” Similarly, someone who consumes cannabis is not necessarily a “stoner” or “hippie.

CBS News has reported that the fastest growing users of cannabis in the U.S. are people at the age of 55 and over.

CON:
Cannabis is an illegal Schedule I drug under the federal Controlled Substances Act of 1970 (“CSA”).

PRO:
The socio-political push that began in the 1930s to criminalize cannabis had a bad-intent motivation. This was led by Harry J. Anslinger, the 1st Commissioner of the Federal Bureau of Narcotics. Prior to the end of alcohol Prohibition, Anslinger claimed that cannabis was not a problem and neither harmed people nor made them more violent. After Prohibition, with no scientific evidence, only the goal to propel his political career, Anslinger began to champion anti-cannabis ideology, legislation and law enforcement practices.

The Schedule I drug classification for cannabis means that it has no medicinal use, high potential for abuse, and it is not safe to use without medical supervision. Other Schedule I drugs include LSD, heroin and ecstasy (i.e., Molly or MDMA).

By contrast, Schedule II drugs are classified as having legitimate medicinal use but the potential for abuse. Schedule II drugs include cocaine, prescription pain killers like oxycodone and morphine, as well as drugs like Adderall and ColdCough HCM.

Schedule III drugs include Ketamine (a pet tranquilizer that is used by people to get high) and Fiortal/Codeine.

Arguably, cannabis is less harmful than all Schedule I drugs, most Schedule II drugs and some Schedule III drugs.

Other significant developments in 2018 for the U.S. cannabis industry are as follows:

CON:
Cannabis is just another mind-altering substance that will worsen people’s health and add to the nation’s social problems. It is harmful to kids. And it will result in a repeat of the 100-year health disaster with Big Tobacco.

PRO:
No physician who has endorsed cannabis use has endorsed a repeat of the harmful effects of tobacco consumption, especially the ingestion of smoke.

Although the ingestion of the THC compound in cannabis (i.e., which causes a person to get “high”) by people under the age of 21 years can be harmful to their developing brains, once the brain has fully developed, moderate use of natural cannabis is less harmful than alcohol and tobacco.

The CBD compound in cannabis, which is distinct from THC, does not cause a person to get “high” and has documented therapeutic benefits.

There is no documentation of an overdose death caused by cannabis use.

CON:
Cannabis will create a new class of dependents similar to opioid abusers.

PRO:
States that have legalized cannabis have experienced a reduction in opioid use and opioid deaths.

No state that has legalized cannabis either for medical or adult-use has experienced a new class of dependents associated with cannabis use.

PRO:
No state that has legalized cannabis either for medical or adult-use has experienced an increase in arrests or accidents associated with cannabis-impaired driving.

CON:
There is little scientifically-accepted medicinal value to cannabis use.

PRO:
The World Health Organization (WHO) has found the CBD compound in cannabis to be safe, non-addictive, have no negative public health effects and effective in the treatment of a variety of illnesses.

The U.S. Department of Health and Human Services obtained a patent on the use of cannabis to treat certain brain disorders. U.S. Patent No. 6630507, titled “Cannabinoids as antioxidants and neuroprotectants.” The patent was awarded on October 7, 2003.

CON:
Cannabis is a gateway drug to other harder, more addictive, and more health and society-harmful drugs.

PRO:
There is no scientific or law enforcement data to support the assertion that cannabis is a gateway drug.

There is no scientific evidence indicating that moderate use of cannabis is addictive for the vast majority of people.

CON:
Cannabis is a tool of the devil.

PRO:
Cannabis is not mentioned in scripture.

“I don’t believe that when God made marijuana he made a mistake that government needs to fix.” – Texas Republican Congressman David Simpson of Longview, Texas who co-sponsored House Bill 2165 to make it legal to buy and sell marijuana in Texas

PRO:
There is no data to support the assertion of widespread adverse effects of cannabis in the workplace.

No state endorses cannabis use on the job or advocates that an employee be allowed to be under the influence of cannabis at work.

Employers engaged in safety-sensitive operations (i.e., transportation, heavy equipment, utilities, etc.) must continue to prohibit cannabis use on the job or being under the influence of cannabis at work.

Employers can still have a zero-tolerance policy for the use, possession, sale, distribution, or manufacture of drugs (including cannabis), drug paraphernalia, or alcohol at work. This may include a policy that prohibits being under the influence of cannabis at work that was consumed away from the workplace, as long as such a policy is consistent with applicable law.

Employers should review their workplace policies and procedures for drug and alcohol use, testing and discipline with the help of legal counsel.

CON:
Cannabis is a danger to public safety and will harm communities (i.e., increase loitering by drug addicts, crime rates, the costs of government regulations, etc.).

PRO:
Over 95% of people arrested for cannabis possession or use did not have a prior criminal record and do not go on to commit other crimes.

The war on drugs has costs over $51B annually, but drug use has continued to grow nationally (e.g., 30 million Americans use cannabis every year).

The war on drugs has had enormous social costs. The imbalance in penalties for cannabis possession or use over several years has resulted in more arrests for cannabis than for cocaine, heroin and similar “hard” drugs.

Legalization will leverage the value of cannabis as a cash crop – including hemp farming.

Legalization will reduce government costs (i.e., law enforcement, judiciary, and incarceration) and raise government revenue (i.e., taxation on production and sale) – all of which can provide funds for government initiatives to foster community improvements in infrastructure, education, health care, workforce development, housing, and other areas of need.

CON:
The presence of cannabis storefronts will erode community appearances, including family-friendly standards and images.

PRO:
In addition to well-designed and executed community zoning ordinances, “licensed cannabis delivery services” powered by geolocation-enabled digital apps for mobile devices can help to limit the number of cannabis storefronts in a community.

You get a hundred and something million dollars’ worth of revenue and, yeah, that’s money, but the cost?… THC content in marijuana is not like it was even a generation ago. There are people overdosing based on ingestion of products that are edibles and things. You have that state being sued by at least two of their border states. You have law enforcement people and emergency rooms being overrun by problems. You have homelessness… spiking in that state.

It has not been good for that state, and states like us would be wise to look at that and realize that’s a sucker’s bet.” – Gov. Matt Bevin, Kentucky, October 2017

PRO:
“We have been terribly and systematically misled for nearly 70 years in the United States… I am not backing down on medical marijuana, I am doubling down… Marijuana is classified as a Schedule I Substance, defined as “the most dangerous” drug “with no currently accepted medical use.”… Neither of those statements has ever been factual. Even many of the most ardent critics of medical marijuana don’t agree with the Schedule I classification, knowing how it’s impeded the ability to conduct needed research on the plant… [I]t is virtually unheard-of to die from a marijuana overdose.” – Dr. Sanjay Gupta, CNN Chief Medical Correspondent, CNN Health, March 6, 2014.

FACTORS CRITICAL TO THE GROWTH AND SUCCESS OF THE U.S. REGULATED CANNABIS INDUSTRY:

The following factors are critical to the future growth and sustainability of the U.S. regulated cannabis industry:

Darryl has an interest in helping to sharpen the understanding and delivery of high-performance business services within the cannabis industry, especially in the area of human capital management.  He currently serves as president of Keith Consulting Group, while serving as an executive coach in the Leadership Capstone Program at the University of North Carolina – Chapel Hill Kenan-Flagler Business School.

One thought on “Thoughts on Marijuana”