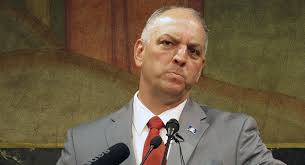 If this was a movie, the governor would appear on the screen, gun in hand, a frantic look in his eyes, the barrel pressed against a panicked grandma’s head. “Give me the tax increases,” he’d say, “or I’ll put one in the old lady.”  Various news crews would show up, reporting live from the scene. Republicans sensing their opportunity would disperse their least offensive representative. “Governor,” he’d say, “Stop. You don’t have to do this.” A perplexed look would come over the governor’s face. He’d ask, “You think you could’ve told me this before you gave me the gun?” 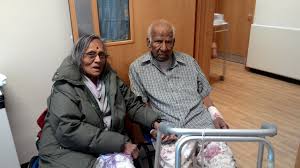 In short, you might want to ask our governor and House Republicans why they’re playing games with your grandma and grandpa . If either one or both are on Medicaid and living in a nursing home, they, along with over 17,000 other grandmas and grandpas, may have gotten a letter stating that come July they’ll be kicked out on the curb and the staff that once took care of them laid off or fired.  Apparently, this would be the result of the latest fall out from the state’s latest budget negotiations. Negotiations might not be the most applicable word here, since the negotiation part went out the window after this spring’s failed special session.

Failed special sessions, like pink azaleas, seemingly bloom here every spring. This year the failure is exacerbated because of a sales tax increase that’s set to expire in July, which will result in over a half billion-dollar budget deficit. House Republicans and the governor haven’t been able to agree on how to make up the lost revenue, so they’ve resorted to games, each side taking a hostage when they can’t get their way. This year it’s grandmas; last year it was students.

It doesn’t have to be this way. In this case, even though Republicans have passed a budget cutting funds to the state Health Dept., there’s nothing stipulating that your grandma or grandpa must become homeless as a result. It’s possible the state Health Dept. could disperse its portion of the cuts differently, or it’s possible that there may not be any cuts at all since the state would lose more in matching funds for Medicaid from the federal government if the cuts occur.

We’re still in the preliminary stages, though. For the House budget to become law it must go through the Senate first, then be signed into law by the governor. Neither will probably happen, but in the meantime the governor and Health Dept. have resorted to hyperbole just in case.

So, we end up with a grandma or grandpa, distressed, a gun to their head being told something terrible will happen if one side doesn’t get what it wants. What are we to make of this – the governor and the Republicans- and the yearly hostage negotiations that take place? Realistically, the average citizen only has enough information to conclude based on partisan politics. It’s a self-imposed dilemma, where instead of each side having a constituency demanding compromise, they have one demanding that their side be the first to pull the trigger.

But this is not a movie! If we aren’t careful, one day they just might do it, then we all will be sitting around trading puzzled faces as we try to figure out who’s really to blame.