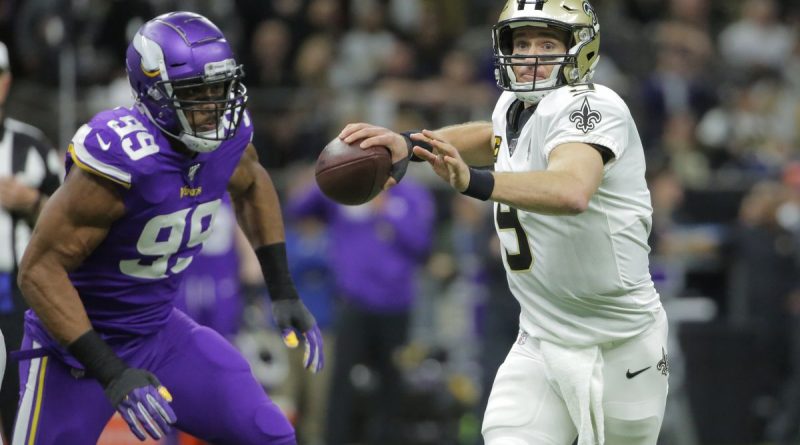 Another year, another heartbreaker

This time around, there’s was no miracle, no real no-call. Some may say, Vikings tight end Kyle Rudolph pushed off on the game winning touchdown, but bottom line, the Saints got out-coached this game, from start to finish.

Mike Zimmer and the Vikings came into the Dome with it on their mind. The game plan was clear: run the ball until the Saints could stop them. And that’s exactly what they did. First down, second down, the Vikings controlled the game with their offensive line. Running back Dalvin Cook punished the Saints with 28 carries for 94 yards. He almost had more carries than Drew Brees had completions, and given a few more opportunities, he probably would’ve been the first back to gain over 100 yards against the Saints since 2017. When the Vikings did throw the ball, Kirk Cousins had all day to survey the field.

Meanwhile, it’s hard to say what exactly was Sean Payton’s game plan. He never settled on a back to run the ball. The Saints split 17 carries among 4 different backs, preventing any of them from getting into a rhythm, and there seemed to be no back-up plan once the Vikings took Michael Thomas out of the game. Once again, only one wide receiver caught a pass.

After the heartbreakers the team dealt with the past two years, most pundits expected the Saints to come out and make a statement against an inferior opponent. Instead, the Saints never seemed to match the Vikings intensity. Or maybe the Saints were just exposed. All year they were limited to Michael Thomas when it came to passing the ball, and Sean Payton never showed the necessary trust in Latavius Murray to consistently establish a running game. Ironically, despite all the balance Payton showed over the past two years, this season he fell back into the same finesse play calling that plagued him most of his career.

Now, the team finds itself at a crossroads. They have a free agent Hall of Fame quarterback who is limited to midrange passes and dump offs. They are severely limited at receiver, and have a defense lacking the playmakers to step up when it matters most. This is the 3rd year in a row, the team found itself needing a defensive stop to advance in the playoffs, only to give up a tie in regulation or a game winning drive. Much like the Patriots, the team is stuck in a where-do-we-go-from-here mode. Invest up to $30 million in an aging quarterback or use that money to shore up the roster. Free agency should be interesting.

But here we are, dealing with another heartbreak, another year of what could have been. This one will hurt for a while, considering coming into the game the Saints were clearly the better team, and seemed to be peaking on offense towards the season’s end. Regardless, it ended up being the same team with same results as the previous years. In the off-season, some soul-searching will have to be done as far as the direction of this franchise to avoid the team and fans finding themselves in the same position all over again.