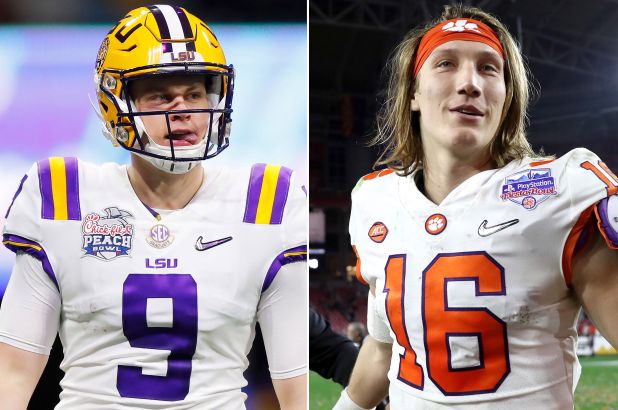 New Orleans sports fans were asking, “Has it ever happened before?”  With visons of bragging rights and first ever, local fans hoped the Saints would win the Superbowl in the same year LSU won the college football national championship.  But alas those pesky Vikings ruined those dreams and now fans turn their attention to the LSU Clemson Championship game Monday night.

Both teams have explosive offenses and strong defenses.  Clemson is the defending national champion and has won 29 straight games.  The Clemson football program is the most dominant in college football for the last 5 years, having appeared in 4 of the last 5 championship games.  Their coach, Dabo Swinney, is a master motivator and has assembled a great staff to help teach and guide their players.  In fact, Dabo Swinney is the best coach in college football today.  From recruiting to winning games, nobody has done it better than Swinney over the last decade.

But this is a super team that LSU is fielding.  Led by Heisman Trophy winner, Joe Burrow, the Bayou Bengals are a true juggernaut.  That huge overwhelming force, LSU football, includes the best skill players in college football.  From the nation’s best wide receiver corps led by Jamarr Chase to the ever churning legs of running back Clyde Edwards-Helaire, LSU’s powerful offensive line protects Burreaux who can tuck it and run when necessary.  And the nation’s top paid assistant coach, Dave Aranda has an ascending defensive unit that has adjusted to the quick scoring offense and become mentally tough to keep dominating in games that LSU has raced out to an early big lead.

The Clemson Tigers and their stout defense are the biggest challenge the LSU Tigers have faced all season.  Meanwhile Trevor Lawrence, Clemson’s QB, will be the first player drafted next year once he becomes NFL eligible. This game will be no blowout.  Clemson will stop LSU and score.  But LSU has seen the blueprint on how to stop Clemson.  Ohio St. corralled Travis Etienne, the great Clemson running back and LSU has the DB’s to cover Clemson’s receivers one on one. But Clemson will only be able to contain this high powered LSU offense and LSU’s defense will have a few more stops than Clemson’s defense.

So, while Saints fans still wonder how Drew and ‘dem lost to an inferior opponent, LSU fans will rejoice as their Fighting Tigers celebrate in New Orleans and win going away 48-27 over the Fighting Tigers from Clemson.