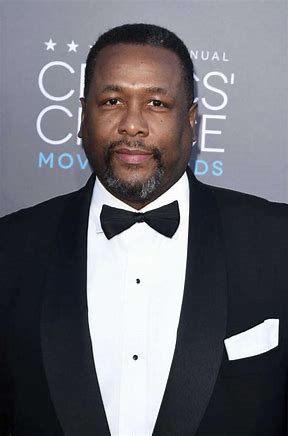 Currently owned by Los Angeles based-Bakewell Media, WBOK boosts various programming targeted to African American and a wide variety of listeners and has established itself as a top platform for New Orleanians to consume their news. Top community leaders including Mayor LaToya Cantrell, New Orleans City Councilmembers, Education and Tourism Officials are among frequent guests of the popular radio station.

“Through all the substantial change New Orleans has faced in recent history, WBOK has served as a steadfast and indispensable platform for our community,” said Pierce. “The people trust them, they depend on them, and they believe in them. WBOK Radio is the glue that brings and holds our city together.”

The group of local investors, comprised of a diverse and talented group of African American entrepreneurs, is dedicated to racial equity and the overall long-term growth of the City of New Orleans.

Known for his roles in Tom Clancy’s Jack Ryan, Suits, HBO dramas The Wire and Treme, Pierce has always been passionate about increasing the quality of life for those in his hometown of New Orleans. Following Hurricane Katrina, he was instrumental in the revitalization of the Pontchartrain Park Neighborhood and started a chain of neighborhood stores to increase access to healthy food options.

Spears founded the award-winning marketing and public relations firm, the Spears Group, in 2008 and is also the founder of the popular National Fried Chicken Festival, among other events both here in New Orleans and nationwide. Giving back to the surrounding community has been an integral part of Spears Group’s mission since its founding more than a decade ago.

“The radio format has gone through an evolution in the age of digital consumption,” said Spears. “However, it is my vision that this station will always be an indispensable platform for all members of the black community and others to hear the black perspective with well-rounded and thoughtful discourse. This is a vehicle for African Americans in New Orleans to receive information about the news that impacts their day to day lives, and as a black New Orleanian, and a communications professional, I’m immensely proud to be a part of that process.”

Troy Henry is a well-respected and successful businessman, having served as President of a Fortune 500 Company, and currently leading a prominent consulting firm. Additionally, Jeff Thomas leads one of the state’s largest online black news platforms, Think 504, a leading source for independent thought and analysis in the City of New Orleans.

The acquisition will be financed partially by the four partners and debt financed through Liberty Bank, thus making this team 100 percent black-owned and financed.

“This investment team wants to not only invest in WBOK but in the next 300 years of our great city,” said Henry. “We see WBOK as a platform for future generations to learn and grow into their careers as journalists and media professionals in New Orleans.”

“It is imperative we do not lose this critical platform that serves as the voice of the African-American community,” said Thomas. “WBOK provides the City of New Orleans with Black discourse without ulterior motives. As black-owned media continues to get absorbed, we must be steadfast in protecting the few platforms we have left.”

The team is embarking on the process of evaluating all aspects of the current operations and programming and looks forward to building upon the reputation of WBOK as the voice of the African American perspective in New Orleans, in a thoughtful and engaging manner.