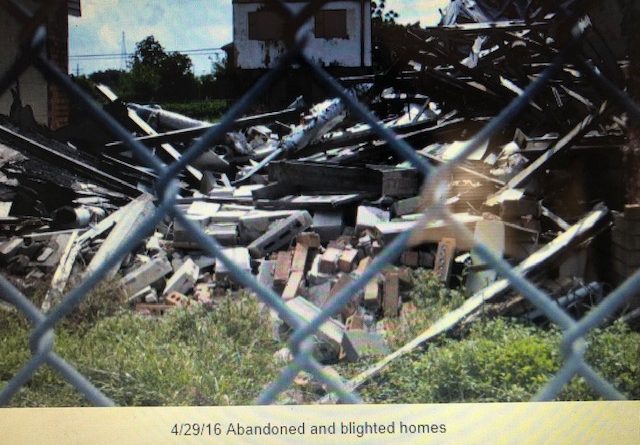 The 20-year fight for justice by residents whose homes and apartments were built on a city dump, the Agriculture Street Landfill (ASL), continues next Wednesday, March 13, in the Eastern District of Louisiana Federal Courtroom of Judge Ivan Lemelle, C501, located at 500 Poydras Street in New Orleans.

Members of the Residents of Gordon Plaza, Inc. are hoping to win the relief called for in the April 25, 2018 lawsuit filed on their behalf by the Tulane Environmental Law Clinic. ASL was used as a municipal dump from 1909-1958. Adding to the toxicity was the aftermath of Hurricane Betsy, which hit the area on August 29, 1965.

According to Civil District Court documents, “After Hurricane Betsy, 300 truckloads per day of trash materials were burned daily [at the landfill] for nine months. No closure plan was followed.”

Forty years later, to the day, Hurricane Katrina would dump its own toxic trash on the site on August 29, 2005.

“Many people here have lost loved ones to cancer and several face health concerns that they believe are related to the toxic contamination that they are sitting on top of,” said Marilyn Amar, a homeowner living in Gordon Plaza.

Gordon Plaza is a subdivision of houses built on a 47-acre portion of the 95-acre Agriculture Street Landfill in the upper ninth ward of New Orleans. 48 acres remain undeveloped.

“When the city marketed the homes at Gordon Plaza, it withheld the fact that the homes were located on top of a toxic dump,’ attorney wrote.

“The federal government had deemed the soil of the Gordon Plaza community a Superfund site, deemed too toxic for human life to live on. Many of the residents have been diagnosed with cancer or another illness that can be traced back to the toxicity of the soil in their neighborhood. Considering the city allowed contractors to build and sell homes on a former waste dump, without the knowledge of those who purchased the homes,” Gordon Plaza residents’ press release noted.

The residents have been petitioning city leaders for relief for at least a decade. As recent as Thursday, March 7, 2019, residents went to City Hall to follow-up on their August 28, 2018 official request for a meeting with Mayor LaToya Cantrell.

They didn’t get a meeting date. What they got was a printed statement from Mayor Cantrell’s, Communications Director Michael “Beau” Tidwell: “Due to pending litigation, the Mayor’s office is unable to make specific comment at this time. Mayor Cantrell has heard from the residents and will fully explore the possibilities in working toward a positive remedy.”

The residents have continued to try to convince the Mayor to help them to relocate, preferring to work with the city, in spite of the lawsuit.

The Subra Company enlisted the Altamont Environmental Inc., experts in Engineering and Hydrogeology, to test soil and water samples at the ASL Superfund site.

“The Agriculture Street Landfill is contaminated with arsenic, lead, and polynuclear aromatic hydrocarbons (“PAHs”) among more than 140 toxic materials, at least 49 of which are associated with cancer,” she wrote.

“In December 1994, the Environmental Protection Agency placed the Agriculture Street Landfill on the National Priority List. The landfill and the community living on top of the landfill became a superfund site. The City of New Orleans was named the potentially responsible party by the Environmental Protection Agency. The City of New Orleans refused to participate in the Superfund Process. The State of Louisiana also refused to contribute their financial part of the site cleanup. EPA had to use emergency cleanup funds to remediate the site.”

“Relocation of the entire community would have cost $1 2 million. The EPA spent more than $20 million to remove and replace 10% of the developed site and placed a foot of soil on the undeveloped portion. And still the community lives on top of a Superfund landfill,” Subra noted.

“The Agriculture Street Landfill—as a direct result of the hazardous and solid waste it contains—is a blighted area, notable for destroyed buildings, including an abandoned school, that attract vermin and potential criminals. Living on the landfill, residents are exposed to toxic chemicals and suffer an increased risk of disease and death.

“The landfill poses unreasonable risks to residents and cannot support a viable community. Approximately 53 occupied households are left on the Agriculture Street landfill. Several include residents who suffer from cancer and who have lost loved ones to cancer,” attorneys wrote in the complaint.

“The endangerment at issue in this lawsuit began after Hurricane Katrina destroyed any possibility that EPA’s removal actions (which occurred during the period from 1994 through 2001) would result in a safe and viable community on the Agriculture Street Landfill. That endangerment is ongoing,” they continued.

In a September 27, 2017 letter, Attorneys Lisa W. Jordan, Director of the Tulane Environmental Law Clinic and Adam Babich asked Landrieu to follow his own advice. “Stop making excuses and do the right thing,” they quoted him as saying about the removal of white supremacy symbols.

“On behalf of the Residents of Gordon Plaza, Inc., we are writing today about another of racism’s legacies, the abandonment of African-American New Orleanians in a blighted community located on a toxic landfill. We now ask that the city offer to relocate the residents of the Agriculture Street Landfill using the Uniform Relocation Assistance & Real Property Acquisition Policies Act as a starting point.”

At this hearing, the judge can decide to throw out the lawsuit or to send it to trial. Our first choice is to have the city do what they can. Mayor Cantrell can get this done,” said Angela Kinlaw, a community organizer with New Orleans People’s Agenda (NOPA), which supports the goals of the Gordon Plaza residents.