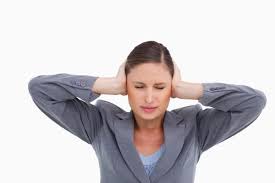 Public service workers are less responsive to blacks than to whites.

Mary Ann Evans (1819-1880) faced a problem: how, as a woman, would she get published, and once published, how would she be taken seriously? She wanted to avoid the stereotypes associated with women writers. Hers were serious works, not romances. So she solved the problem by writing under the pen name George Eliot and produced one of the great novels in English literature, Middlemarch.

That was then; this is two hundred years later. Such discrimination no longer exists, we like to think. But what if my name wasn’t Arthur but D’Andre? Or if the photo you see of me for this blog showed the face of a black man? No matter, many readers would say. “Race, like gender, is irrelevant. All that counts is the quality of the work”. Meritocracy is our measure, we say, not one’s sex or race.

In fact, we aren’t judged on our merits alone or, in some cases, even primarily.

In one experiment to test for racial biases, researchers Marianne Bertrand and Sendhil Mullainathan sent phony resumes to employers. Everything was identical except for the name on the application. It turns out that those with white sounding-names got called more often than those with black-sounding names.

Are prospective employers or house renters biased? Probably not consciously. If you ask them, many would think they are answering objectively and fairly. But the data suggests otherwise. That’s because negative judgments regarding women and ethnic groups are occurring at an unconscious level. All of us have implicit biases. These are preferences for or against certain people that operate below the surface of awareness

Criticisms have been leveled against these studies. The problem with them is that it is difficult to sort out what it is that people are precisely reacting against. Is it really racial bias or is it something else? The studies show a correlation but don’t necessarily establish a cause.

A recent study solves the design problems of earlier studies and proves that, in fact, racism is at the root of such decisions. Micro Tonin and Michael Vlassopoulos conducted “an email correspondence study in which we pose simple queries to more than 19,000 local public service providers. We find that emails are less likely to receive a response if signed by a black-sounding name compared to a white-sounding name. Given a response rate of 72% for white senders, emails from putatively black senders are almost 4 percentage points less likely to receive an answer. We also find that responses to queries coming from black names are less likely [by 8%] to have a cordial tone. Further tests demonstrate that the differential in the likelihood of answering is due to animus towards blacks rather than inferring socioeconomic status from race.”

The study was repeated, sending out another 20,000 emails to the same subjects. In this round, the email identified the sender as a real estate agent. This would eliminate discrimination based upon economic status. It didn’t.

In addition to sorting out racial bias from other factors, such as poverty, the study implicates racism in everyday encounters—with libraries, school districts, sheriffs’ offices and other places of everyday encounters. We know from studies regarding the criminal justice system and the labor market that such biases exist. But this study, which focused on public service providers, demonstrates the same pattern of discrimination.

Put simply, if you are black, encountering racism is an everyday occurrence.

The racism of white nationalists is obvious; the racism of well-intentioned whites is mostly obscure, at least to white people. It is an everyday lived experience if you are black.