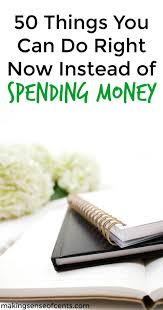 Many Americans live beyond their means. The recent CFPB survey found that about one-third of people ages 30 to 49 had more credit card debt than savings (CFPB, 2017). What drives us to spend too much? Behavioral economics provides some insights as to why we go over budget and how to curb the impulse.

In a world of scarcity, choosing one thing means giving up something else. When we spend money on one thing, it’s money that we cannot spend on something else, now or later. So there is an opportunity cost to everything we do. And that cost is expressed in terms of the next-best alternative. For example, the true benefit of buying a new car can be assessed in terms of other equally significant items we could have done with the money.

Mental accounting involves dividing your money into separate mental accounts, such as accounts for food, clothes, rent, school supplies, indulgence, and the like (Thaler & Sunstein, 2008). Spending is constrained by the amount in different accounts. That is, we only consider the opportunity costs within a specific account without looking at the bigger picture. For example, I gave my daughter money for her birthday. She was behind on her student loan. She should have definitely spent the money on that. But she was reluctant to do so. She perceived the birthday gift as “free” money. The alternative to having mental accounts is to consciously compare all your purchases.

We tend to overspend on “special occasions” (birthdays or Christmas) because we don’t keep track of just how many of them we have. Consequently, we end up spending over our normal budget (Sussman, & Alter, 2012). Failure to incorporate an exceptional purchase into our budget as one in a series of special purchases can encourage overspending. You can budget for infrequent expenses by creating special savings accounts earmarked specifically, say, for birthdays.

Present bias occurs when individuals place extra weight on more immediate rewards than in the future. For example, my future self may want to buy a home, but my present self wants to splurge on a tropical vacation. The more we disregard our longer-term interests in favor of immediate gratification, the more likely that we will have the overspending problem.

Present bias explains why people have an easier time spending money on credit cards as opposed to spending real money. Paying with cash is more painful than paying with credit cards (Ariely and Kreisler, 2017). The main psychological force of credit cards is that they separate the pleasure of buying from the pain of paying. So if you want to get your spending under control, stop using credit cards.

The so-called “what-the-hell effect” suggests that falling off the wagon causes a feeling of failure, which leads to more indulgence (Herman, and Polivy 2010). This is a case when minor lapses snowball into self-control collapse (“If I’ve already blown it, I might as well go all the way”). For example, an amount, say, $100 for dinner in the context of $3000 monthly credit card bill seems smaller, less significant, and less painful than it does on its own. This is a common bias, especially where the credit card is involved.

Willpower refers to effortful control that is exerted with the purpose of controlling our impulsive behavior. Willpower can be viewed as a resource. When resources are depleted, people tend to act on impulse and are more likely to be swayed by desires, urges, and cravings, although they may regret them in the long run. This insight suggests that distracted shoppers with music or displays will likely increase impulse purchases. In contrast, being deliberate allows one to see the overall context and be less concerned with sensation.

People admit engaging in “retail therapy” (Cryder et al., 2008). The negative feeling causes a behavioral shift toward immediate improvements in mood. And when we are feeling down, we tend to splurge. Shopping allows people to visualize themselves in a “better” life, where they’re dressed in nice clothes or surrounded by nice things. Buying makes these visualizations a reality.

Shopping addiction is characterized as an impulse-control (Black, 2007). About 6 percent of the population could be considered compulsive buyers. This disorder exists along a continuum. There are excessive shoppers and there are compulsive shoppers. They buy things they do not need and often cannot afford, and place their work, their families, and their mental health in jeopardy. Some of those people who end up in bankruptcy are binge buyers, suffering from a disease similar to alcoholism. The most effective first step for treatment is to identify why and how your shopping initially became a problem. Experts suggest starting a journal to keep track of your triggers.

People are concerned with justifying their choices to themselves and to others. Making sense is a deep human motivation, but making sense is not the same as being correct (Wilson, 2011). For example, the person who has bought a luxury item but feels guilty about it may try to alleviate his guilt by coming up with additional reasons that justify his choice, such as “it was on sale, I had to buy it.”