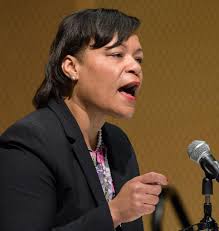 Talk about cutting off your nose to spite your face.  Or maybe being pound foolish and penny wise.  Either way, Governor John Bel Edwards’ choice to not keep a bit more of New Orleans generated tax dollars in New Orleans is an abandonment of New Orleanians, and New Orleans voters should unite and find a new gubernatorial candidate.  New Orleans keeps less than twenty cents of every tourism tax dollar generated by hard working New Orleanians. 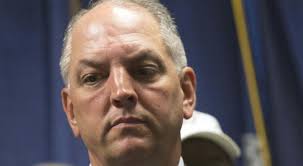 Recently Mayor Latoya Cantrell proposed redirecting some of New Orleans based hotel tax income to the city’s cash strapped Sewerage and Water Board for drainage improvements.  The train wrecked agency the mayor inherited from the bedazzlingly incompetent Landrieu administration must be transformed into a state-of-the-art water management agency that is both modern and efficient.  After all, there is no New Orleans if the city is unable to stay dry.  And if the city literally goes under, the state is soon to follow.

For decades our city government has provided police, EMS, water and sewer service and all other amenities to create the atmosphere that supports the tourism industry.  During that same time, our people have toiled long arduous hours providing the required labor, usually for less than a living wage. Now that the city bears the full brunt of the tourism expenses whilst receiving only a small portion of the taxes created is no longer just a unfair consequence of the state tax scheme to syphon money out of the city but has created an unsustainable cost burden on a city with an aging infrastructure that is exacerbated by the hotels and tourists themselves.

New Orleans hotels are marvelous buildings which are some of the most profitable in the world.  They provide jobs and generate millions in taxes every year.  Yet the expenses the city must absorb to protect these assets is not commensurate with the tax receipts it receives directly.  For example, a city with the population of just less than 400,000 people should only need about 1000 police officers.  But to provide adequate police protection for our tourists and citizens our department seeks 1500 officers at its disposal.  This costs the city millions annually.

But more importantly, in some cases our 300-year-old pipes and streets support the influx of 18 million annual visitors to the bowl.  And our unique topography combined with the aging drainage infrastructure has seen increased street flooding around the city.  Some may see the French Quarter as an island, but our citizens live in the surrounding area and must be provided safe and dry housing. Since hotels have more toilets per square foot than any other building, their use of water and drainage is more burdensome on the city’s water management. The mayor seeks to use a proportionate amount of the taxes generated in the hotels to properly protect not only the French Quarter but the hard-working people of our city who make New Orleans the tourist destination that attracts millions.

Currently the state collects over 80 cents of every dollar generated by the hotels. Yet the state provides no support services directly to the city.  For example, even though much of the budget statewide for the state police is generated in NOLA, the French Quarter collects an additional special tax for the state police who patrol the French Quarter.  But more importantly, though the city receives tax income from tourism, in return NOLA gets low wage jobs and extraordinary expenses for support services that contribute to budget cuts and lack of available funding for services our citizens deserve.

A slap in the face?  Throwing the baby out with the bath water?  The idioms are endless.  But the bottom line is if Governor Edwards turns a blind eye to the budget issues of New Orleans, then our citizens should vote him out.