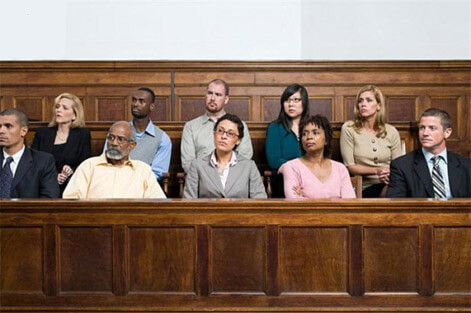 News that young people were not serving on juries in Baton Rouge was greeted with mild surprise and tepid concern last week.  Computer snafus and outside consultants were blamed.  Ann McCrory, the judicial administrator in Baton Rouge, confessed that this has been an ongoing problem for nearly a decade.  WTF!!!

This is not only malfeasance in office but jury tampering. Yet the giggles and aww shucks response of Baton Rouge area prosecutor’s office is evidence of a systemic bias and a complete disregard for the law.  Hillar Moore, District Attorney of East Baton Rouge, is on record saying race can not be a factor in jury selection.  Yet the intentional decision to exclude African Americans from the right to serve on juries is an illegal tactic designed to create less diverse juries.  And by systematically excluding young people from jury duty, Baton Rouge created mostly white juries that convicted mostly black suspects at alarmingly high rates.

Baton Rouge is nearly 50% African American.  Yet only 31% of the jury pool is African American on any given day.  Combine the proclivity of the DA’s office to automatically exclude most available African Americans and the all-white jury in the deep South stereotype explains why Baton Rouge was a key contributor to Louisiana’s status of the mass incarceration capital of the world for people of color.

Diverse juries are much better. Juries make better decisions when they’re racially diverse.    When White jurors expect to interact with a diverse group, they become more careful and systematic in the way they evaluate evidence that could trigger their own racial biases.  Diverse juries don’t outperform the all-white jury just because of Black jurors’ contributions—jury diversity helps both Black and White jurors. White jurors in the diverse group condition exchanged more information and considered a broader range of facts before coming to a decision than did White jurors in the all-white condition.  But the “computer snafu” that lasted nearly a decade created all-white juries for nearly 65% of jury trials in the parish.

Much more than sheer incompetence, McCrory’s actions are criminal and must be prosecuted.  At the least McCrory appears guilty of malfeasance in office, but her intentional disregard for the “computer snafu” that lasted nearly a decade cannot be swept under the rug.  McCrory intentionally did not mail jury notice to tens of thousands of eligible African Americans who could have served on juries in the parish. For her own corrupt and fraudulent purposes, she illegally denied African Americans their right to serve on a jury in Baton Rouge.

These crimes by McCrory call into question every criminal trial in Baton Rouge during this time. Every person convicted by a tainted jury was denied his right to a trial by his peers. This is not justice, especially in our state. We deserve better.

DA Moore should immediately file criminal charges. Maybe an all-black jury can be empaneled to hear her case.