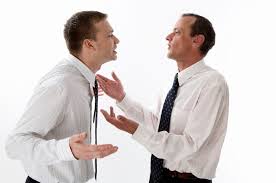 Self-preoccupation lies at the heart of many of life’s difficulties.

Our lives are filled with many challenges.  All of us struggle with personal problems such as stress, anxiety, depression, self-doubt, addiction, and worries about our health, finances, and future.  Our relationships with our partners, children, and other family members are often riddled with conflict, and our relationships with our friends, neighbors, bosses, and co-workers are challenging as well.  Society heaps on additional concerns in the form of crime, violence, economic problems, prejudice, political discord, terrorism, and environmental issues.

All of these problems are complex, and their solutions elusive.  Yet they share a common link.  For the most part, they are all caused by human beings.  Most of the problems that we face — within ourselves, in our relationships with other people, and in society — are caused by people. Granted, a few problems don’t require human collusion (tornadoes and earthquakes come to mind), but most do.  Human behavior is by far the single largest cause of the difficulties that each of us experience in life. Most problems are people problems, and the people who cause our problems are quite often us.

Therein lies a basic paradox about human nature. On one hand, human beings have used their intelligence, creativity, and ability to work together in groups to improve life dramatically through science, technology, government, philosophy, education, health care, art, and other features of human civilization.  But, on the other hand, human beings also behave in highly maladaptive ways that create a slew of social, relational, and personal problems both for themselves and for others. How can people be so intelligent and effective yet also so dysfunctional?  What is wrong with people?

Philosophers, psychologists, writers, theologians, and others have wrestled with this question for centuries. The theme that will run through this blog is that the core of many of these problems is the pervasive human tendency to be excessively self-focused.  Naturally, we all focus mostly on ourselves and our lives, and we view the world mostly from our own perspective. But people are generally more preoccupied with themselves than they need to be.  And their excessive self-centeredness, egocentrism, and selfishness underlie many, perhaps most, of our problems.

When people commit crimes, for example, it’s almost always because they have put their own interests so far above other people’s well-being that they steal, rob, assault, murder, or otherwise hurt other people to get what they want.  At the extreme, terrorist actions are rooted in abject egocentrism and selfishness, and most wars begin when some party feels justified in attacking someone to obtain some collectively selfish goal.

Prejudice and discrimination are fundamentally self-centered reactions, as are greed, deceit, and treating other people unfairly.  Many of the conflicts in our personal lives arise from our egocentric conviction that other people should do what we want them to or from their egocentric conviction that we should do what they want. Likewise, many of our arguments with other people reach an impasse because everybody is certain that they are right.  And, this unfounded certainty in our beliefs feeds political, religious, and cultural conflicts at every turn. We even get into heated arguments with each other about things that don’t matter very much simply because other people don’t agree with the way we see things.

Even in the privacy of our own minds, our preoccupation with ourselves often feeds ongoing anxiety, stress, shame, or dissatisfaction. In fact, our ruminations about ourselves and our lives can create stress and unhappiness even when things are actually fine at the moment. Of course, to live happily and effectively, we have to think about ourselves, but our self-thoughts are frequently obsessive and distressing. So people often look for ways to turn off their unwanted mental chatter, whether through positive means such as exercise or meditation or with less beneficial strategies such as excessive use of alcohol or drugs.

One thought on “Most Problems Are People Problems”