Studies continually demonstrate why meditation is good for us. 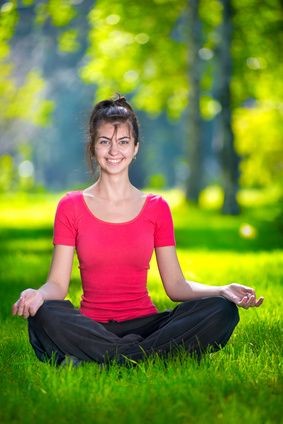 Meditation is probably as old as human civilization itself. While the test of time could be proof positive demonstrating the benefits of meditation, scientific study has yielded evidence that meditation is good for us as well. In this blog post, I’ll summarize widely publicized research about meditation.

In the late 1960’s, Dr. Herbert Benson of Harvard Medical School conducted scientific studies to test the health benefits of meditation. (As an aside, his findings motivated me to begin my own meditation practice.) He determined that meditation could be used successfully in treating physiological problems, such as high blood pressure, heart disease and migraine headaches, as well as autoimmune diseases such as diabetes and arthritis. As they meditated, he found that his test subjects heartbeats and breathing had slowed, their blood lactate levels decreased, and their brains had increased in alpha activity, which is a sign of relaxation. Dr. Benson also found that meditation was helpful in stopping or slowing obsessive thinking, anxiety, depression, and hostility.

In the “Set Point Study,” scientists found that each of us has a natural “set point” in our brains for both good and bad emotions. The study found that people accustomed to being happy have more activity in the front portion of their frontal lobes. Meanwhile, the right side is more active in people who worry or are anxious. Even when major events occur in a person’s life, such as winning the lottery, scientists have found that brain chemistry shifts back to its normal, or set point within about six months.

One of the most dramatic examples of what can be called “resetting the set point” was a study done with people who had suffered paralysis from spinal cord injuries. Although they could no longer walk and often suffered from depression in the short run, within six months of the accident, these individuals had returned to their normal mental set points and their original state of happiness. In other words, no matter what happens in a person’s life, the shift back to the set point inevitably takes place.

The good news is that you CAN change your set point through meditation. One study demonstrated that after only eight weeks of meditating for approximately one hour each day, six days a week, test subjects reported they had become happier. Follow-up tests showed that these individuals’ set points had changed—to the extent that their normal level of mental happiness had been raised. In addition, they had become better at picking up emotional cues from others, and they reported developing more empathy towards others’ emotions. On the physical level, the researchers found that the meditators’ immune system responses had improved.

In a recent UCLA study, researchers used high-resolution magnetic resonance imaging (MRI’s) to scan the brains of a group of subjects who were long-time meditators. They found that these individuals’ brains were larger than their non-meditating counterparts. Another study found that aging people who meditate regularly don’t lose their gray matter as fast as non-meditators. Apparently, the meditators’ brains have noticeably thicker tissue in the prefrontal cortex, which is the region of the brain responsible for attention and control.

Imagine the implications of these discoveries! Not only can meditation prevent brain cells from dying, which typically happens as we age, it can boost a person’s brain size in several crucial regions. Furthermore, researchers have concluded that meditation can actually make a person more intelligent. Evidence is also demonstrating that people who meditate regularly are able to focus more deeply and deal with stress better than non-meditators.

Science is describing what long time meditators have known all along: A consistent meditative practice decreases stress and increases well-being.