And why it doesn’t have to be 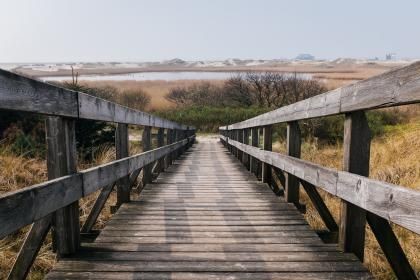 Change can be challenging. Many of us endeavor to eat healthfully, lose weight, increase our exercise and sleep, expand our relationships, organize ourselves, and improve our work success. However, time and again, we may find ourselves confounded in our efforts. Research confirms this frustration with change. Studies show that the average American makes the same New Years’ resolution ten years in a row. However, most of these year-end promises to ourselves are abandoned within fifteen weeks. This may lead us to ask, “Why is change so often difficult…and does it have to be?”

Change is hard because we make it hard. In a unique collection of prospective studies, researchers followed large groups of people for decades, some seventy years or more, beginning either at birth or during the early school or college years.1 These investigations all posed the same question: “What set of skills allow people to succeed in all key areas of life – work, health, and relationships?” Among these very different studies, one of the common findings was the set of strategies that successful individuals employed when creating and sustaining change. People who demonstrated success in all key areas of life used a combination of two important strategies for change, while those who were less successful used only one.

The first strategy, which may sound familiar, is called innovation. For our purposes here, innovation may be defined as “taking large steps to achieve large goals.” Examples of innovation might include severe dietary restrictions, major exercise efforts such as joining a gym or hiring a trainer, joining three dating sites simultaneously, or deciding to declutter and reorganize an entire home or company at once. Innovation can certainly be highly effective – even necessary – in some situations, and it was found that individuals who demonstrate long-term success selectively employ this strategy. However, when innovation doesn’t work or isn’t the right approach, they switch to a second strategy, called Kaizen. Kaizen can be defined as “the process of taking small steps to accomplish large goals.” While it might not appear logical at first glance, small steps (Kaizen) can often accomplish the same goals faster than larger steps (innovation).

I was first introduced to the power of “small steps” while listening to a presentation by a pain expert at UCLA who was sharing suggestions with a roomful of patients grappling with cancer. At the end of the program, he asked each person to go home and meditate for just one minute. After the audience left, I asked him how one minute of exercise could make any kind of meaningful difference in their lives. The lecturer patiently asked me how old meditation was, and I responded that it had been around for thousands of years. “Then you’ll agree,” he said, “that there is a very good chance all of these people have heard of meditation before. Those who like the idea have probably already found a book or a teacher, and they’re meditating. For the rest, meditation may seem like the worst idea they’ve ever encountered. I would rather that they go home and meditate for one minute than not meditate for thirty. If they try it, they may discover it’s helpful, and they may forget to stop.”

His perspective is exactly what the research reveals. To begin with, human physiology supports that fact that taking large leaps toward our goals can result in discouragement. This is because big steps are inherently scary, both to the one who initiates them and to others around them. Once fear is inspired, human beings tend to demonstrate resistance, what we often call the “fight or flight” response. When this system is activated, we tend to become stuck or retreat rather than moving toward achieving our goals. When we take the smallest of steps, however, we can often sidestep our own fight or flight response.

Small steps can result in exceptional progress toward physical health goals. At the Mayo Clinic, researchers found that it was possible for patients to lose thirty to forty pounds in a year without ever setting foot in the gym. People who were fit and intent on losing weight simply moved more during the day. They took stairs instead of the elevator, walked on the escalator instead of standing motionless, parked at the end of the lot at the grocery store, paced in their offices, etc. While these small movements added up to only about 350 calories each day, across a year, their weight loss was thirty to forty pounds! These same researchers found that just a small change, such as standing from a sitting position doubled metabolic rate.2 Exercising one to three minutes several times each day can provide many of the same health benefits as half hour workouts as well; and a study of over 400,000 Taiwanese adults found that subjects who exercised just 15 minutes a day lived three years longer than adults who did not exercise.3

Research on relationship success revealed the same powerful impact of small efforts. Dr. John Gottman, who has studied couples’ interactions across time, has discovered several powerful predictors of marital success. One of most powerful was the number of small moments of attention couples paid to one another each day. For example, when you call your mate during the day, does his or her voice light up or does their voice tone imply you are interrupting more important tasks? Does your spouse put down the newspaper or phone to greet you warmly when you walk through the door, and does he or she remember to ask you how your dental appointment went this morning?” Such small moments of attention, frequently shared, were highly predictive of marital success.4

Kaizen is, of course, not a new idea. Recall the ancient saying, “A journey of a thousand miles begins with a single step.” The childhood tale The Tortoise and the Hare also advocates small, deliberate steps toward achieving our goals. Kaizen does, however, remain somewhat foreign to our current western way of thinking. Our 70mm Dolby, supersized, Extreme Makeover culture puts a premium on big bold steps. I’m not suggesting that this is wrong, but rather that the ability to employ both strategies – kaizen and innovation – and having the freedom to choose the one most practical and helpful in any situation, is essential in any effort to change.

Change doesn’t have to be hard. By making each step toward our goal so small that it does not inspire fear, nor require our self-control or willpower, we can steadily build the positive habits that help us to reach our goals.

One thought on “Why Change Is So Hard”