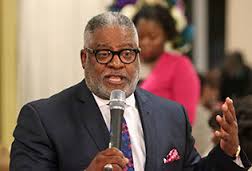 Every year our city acts as host to thousands of people for the Bayou Classic Football game between Grambling State University and Southern University and the weekend long festivities that this event entails.  Sadly, just after Thanksgiving last year, in the early morning hours, a 25 year old, talented African American male artist was killed on Bourbon Street in the French Quarter an innocent bystander caught in a mass shooting spree.

I sent my prayers and concern to his family and friends and to the overall community as we experienced another premature death in our city.  This was the only murder/shooting on Bourbon Street in an entire year.  Last year we experienced 177 murders in New Orleans but only one on the “infamous” Bourbon Street.  Please note—even one is one too many; however, my biggest concern is how our city leaders “reacted” and not “responded” in the aftermath.

Seemingly their reaction was based more on where the murder occurred, than who the victim was.  A “reaction” suggests you make a quick decision without considering the depth and impact of your decision; as opposed to “responding” and allowing meaningful time to be spent with key individuals, both internally and externally.  When operating in a responsive mode you take time to develop creative, long and short term goals to remedy the problem.

The mayor and the governor recently appropriated $41 million dollars to fight crime.  This money is coming from two sources – the Morial Convention Center and CDBG money.  The use of this money reveals two things – an 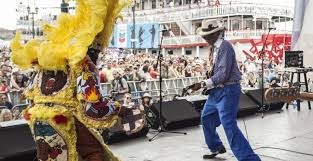 availability of cash for meaningful projects and a lack of understanding about how to properly spend available cash.  Make no mistake, the majority of this money and the focus of this initiative is to protect the French Quarter.

I like to call it “Conceptualizing Actionable Solutions.”  Our city leader’s reaction to the recent increase in crime citywide is to focus protection on the French Quarter!  How sad, how insensitive, how inequitable, how outright discriminatory and unfair!  Almost daily, young men die across this city.   And our solution is to add cameras and close bar doors at 3am?

The use of CDBG money is ludicrous and insulting! This is money designed to uplift communities by providing job training, life skills training, housing and related services.  Instead we are “investing this money” into the French Quarter which is the most policed area of the city. Other neighborhoods where killings occur almost weekly should be outraged!  The communities should respond with inquiries about the ridiculous manner in which funds just “pop up” from nowhere because it is the French Quarter!  Again—ALL NEIGHBORHOODS MATTER!

It is quite obvious that we live in a “Charles Dickens” community—the Tale of Two Cities.  Had that Thanksgiving killing occurred in the Lower Ninth Ward, Central City or New Orleans East, it would have been just another 15-30 second news story. However, because it occurred on “sacred ground” our leaders immediately threw some money at it and basically declared “If you get killed on Bourbon Street, the French Quarter wins!  Forget about the victim, the causes of violence, ongoing crime, ongoing fear, poverty, miseducation, racism, discrimination, gentrification, which by the way are city wide.  Instead, throw more dollars into what happens to be the strongest economic area of the city and continue to allow the weaker areas to survive the best way they can.

I pray that the political leadership of our city would not allow this type of reactionary misbehavior to continue while everyday citizens of New Orleans live in unsafety on an ongoing basis.  I hope that at least one City Council member would “stand up” and publicly confront the city administration in terms of this release of money based on reacting to the concerns of the safest, most highly patrolled neighborhood in the city while other areas of our community are comparatively neglected in terms of police protection.  Think about this; the French Quarter has at least three law enforcement entities while the rest of our city has only one.

Finally, I hope our city would never be insensitive to the death of an African-American male, no matter where he is killed, but would take time to respond, rather than react.  And most immediately, that our city leaders would fund programs that will really reduce crime in NOLA …