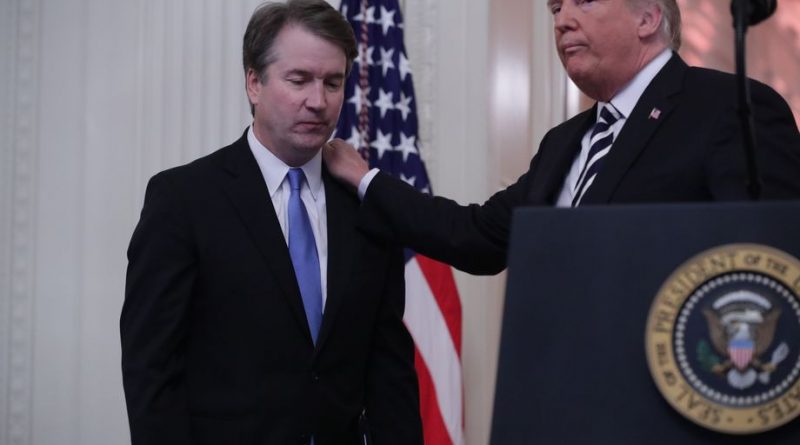 For Both Trump & Kavanaugh?

Donald Trump and his Congressional GOP cohorts rushed to put Brett Kavanaugh on the U.S. Supreme Court; in spite of accusations of attempted rape by Dr. Christine Blasey Ford; sexual assault by Deborah Ramirez, past credible evidence that Kavanaugh lied under oath to Congress,  (during his confirmation hearing for the United States Court of Appeals for the District of Columbia Circuit federal judgeship he held), a trumped-up extended FBI background check, where scores of collaborators for the women were not interviewed with predictable results, and Kavanaugh’s intemperate behavior and partisan rant at his confirmation hearing.

Some political observers theorize that the do-or-die, at any cost Kavanaugh confirmation is a result of Trump’s fear of Special Counsel Robert Muller’s impending report. Many believe that the report will implicate Trump in a Conspiracy Against America with Russia and the Trump Campaign or charge him with obstruction of justice, and other impeachable offenses.

The President, Vice President and all Civil Officers of the United States, shall be removed from Office on Impeachment for, and Conviction of, Treason, Bribery, or other high Crimes and Misdemeanors.”
U.S. Constitution, Article II, section 4

Kavanaugh scored the Trump nomination with his opinion that a sitting president should be free of indictment and prosecution. Clearly, Trump is depending on Supreme Court Justice Kavanaugh to rule against Democrats who, if they win back the House and Senate, might impeach Trump, if Special Counsel Mueller’s report finds Trump committed impeachable crimes.

In Separation of Powers During the FortyFourth Presidency and Beyond, a 2009 article in the Minnesota Law Review, Kavanaugh proposed that “…sitting presidents get a temporary deferral of civil suits and criminal prosecutions and investigations.” “Having seen first-hand how complex and difficult that job is, I believe it vital that the President be able to focus on his never-ending tasks with as few distractions as possible,” he wrote.

While the Supreme Court ruled in Clinton v. Jones that presidents are not constitutionally entitled to deferral of civil suits, Kavanaugh added, “The Court in Jones stated that Congress is free to provide a temporary deferral of civil suits while the President is in office. Congress may be wise to do so, just as it has done for certain members of the military. Congress should consider doing the same, moreover, with respect to criminal investigations and prosecutions of the President.”

So no one should be surprised if Republicans on Capitol Hill take Kavanaugh’s advice and pass laws protecting Trump before the mid-term elections or shortly afterwards, if the Democrats remain in the minority. In doing GOP officials who got campaign funds funneled by a Russian oligarch through PACS, will ensure that Trump will pardon them, if they are found guilty of violating campaign finance laws.

The Dallas News published a commentary in August 2017, documented the flow of Russian money into GOP coffers.

Rep. Devin Nunes (R-CA), chair of the House Judiciary Committee, should be worried about impeachment, too.  Notwithstanding Nunes’  infamous “Midnight Run” to the White House to allegedly get classified information (critics allege that he gave Trump classified info), Eric Swalwell (D-CA) called Nunes out in an opinion column published by Fresno Bee, titled “Nunes buried evidence on Russian meddling to protect Trump. I know because I’m on the committee.”

“Just last week, hours before the Republican-led House recessed for six weeks, Nunes broke out his shovel yet again to bury even deeper the evidence of Russian interference, once again demonstrating there’s no distance he won’t go to protect this president,” Swalwell wrote.

Fearing a possible November 6, “blue wave” and launch more investigations of him and GOP collaborators, Trump is rallying urging his supporters to get out and vote by floating the spectre of impeachment. “They’re going to impeach me. If that happens, it’s your fault because you didn’t go out and vote. If we stay in control, we will get everything we want,” he tells loyalists. 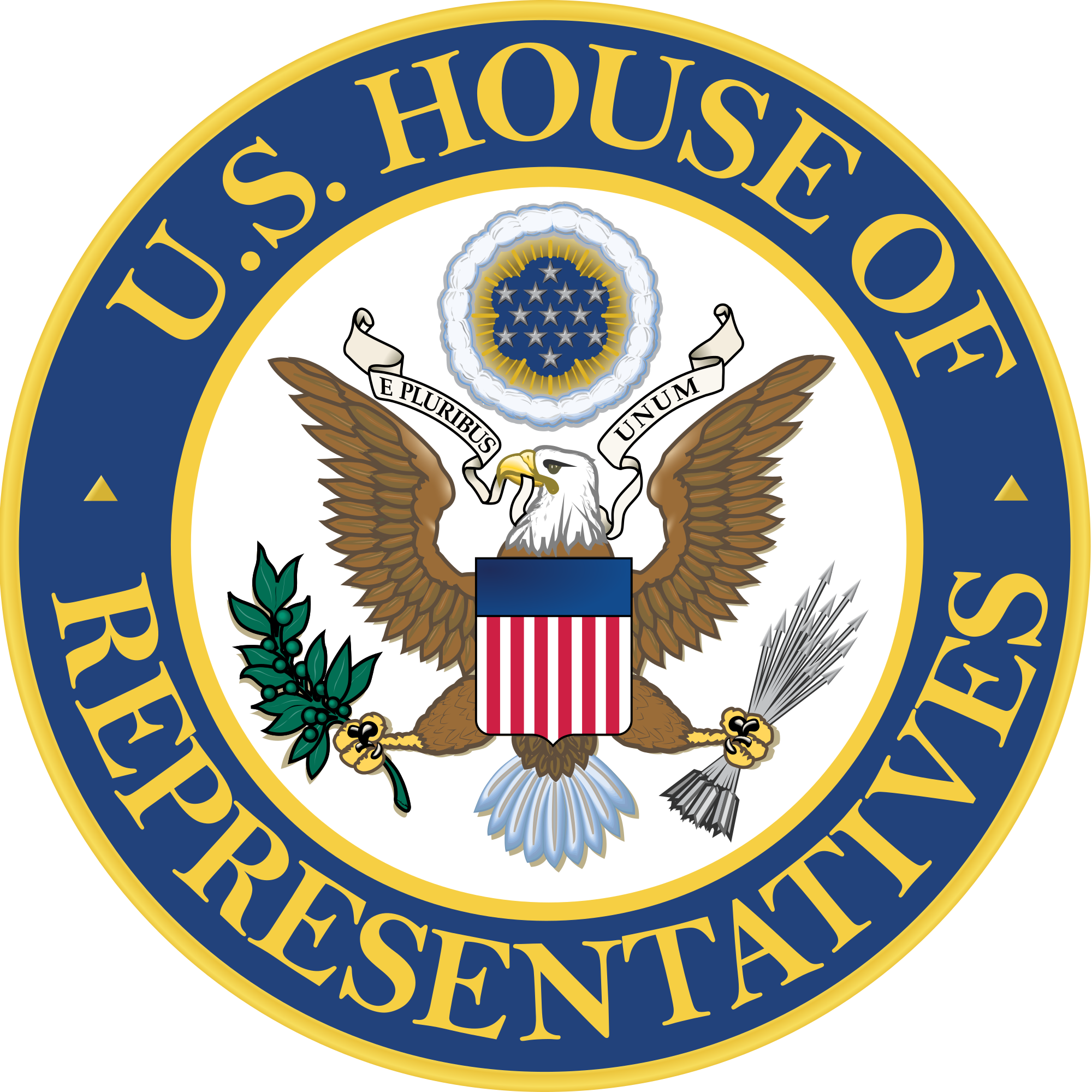 In fact, efforts to impeach Trump started in early 2017, with a resolution in the House of Representatives. The first to suggest such an action were Pramila Jayapal (D-WA)  and Al Green (D-TX).

Also, at least two GOP members, Justin Amash (R-MI) and Carlos Curbelo (R-FL), said they would call for impeachment if obstruction of justice charges proved true,” according to a May 2017, article in The Hill.

On June 12, 2017, Bradley Sherman (D-CA) filed a Resolution for “Impeaching Donald John Trump, President of the United States, for high crimes and misdemeanors.”

On December 6, 2017, Green’s H.Res. 646, was brought to the floor. The resolution listed two articles for impeachment: “Associating the Presidency with White Nationalism, Neo-Nazism and Hatred” and “Inciting Hatred and Hostility.”  House Majority Leader Kevin McCarthy, (R-CA), moved for the resolution to be defeated (“tabled“), which was agreed to by a 364–58 vote with four members voting present.

Nancy Pelosi and Minority Whip Steny Hoyer issued a statement that day saying that “legitimate questions have been raised about [Trump’s] fitness to lead this nation,” but that “now is not the time to consider articles of impeachment” given ongoing investigations by congressional committees as well as the investigation by the special counsel.”

Still, at the end of 2017, polls showed that more than 40 percent of Americans wanted Trump impeached.

Now that Kavanaugh is on the Supreme Court, many people are calling for Kavanaugh to also be impeachment.

Impeachment and removal of a federal judge, including a Supreme Court justice, requires that a majority of the House approve an indictment to impeach, and a two-thirds supermajority of the US Senate must convict for the judge or justice to lose their office.

Harvard law professor Alan Dershowitz, a staunch Trump apologist and frequent Fox News analyst, warned Democrats against trying to impeach Supreme Court Justice Brett Kavanaugh .  In response to a question from Hill.TV co-host Buck Sexton on whether Democrats would try to impeach the justice if they won the House in November, Dershowitz called the notion “foolish.”

“It would be a foolish and unconstitutional to try to impeach a justice of the Supreme Court for actions he allegedly took when he was a private citizen, 17 years old,” Dershowitz, a frequent contributor to The Hill, said. “It would just destroy the entire basis of what impeachment is supposed to be about,” he added.

However, former deputy assistant attorney general Lisa Graves called for Kavanaugh’s impeachment, even before the allegations. She accused him of lying about stolen memos the Bush White House and congressional allies used in early 2000s judicial confirmation fights. On Sept. 8, 2018, Slate.com published Graves’ commentary:  I Wrote Some of the Stolen Memos That Brett Kavanaugh Lied to the Senate About. He should be impeached, not elevated.

The bar for impeachment is so high that Trump and Kavanaugh will probably never be impeached.  That reality hasn’t stopped critics from pursuing other options for holding them and their GOP cohorts accountable for alleged criminal activities. Rep. Jerry Nadler (N.Y.), a top Democrat on the House Judiciary Committee, has already said that Democrats plan to open an investigation into Kavanaugh if they take back control of the House.

ImpeachTrumpNow.org has collected more than 1.4 million signatures. “The campaign is led by Free Speech For People, a national non-partisan non-profit organization that works to renew our democracy and our Constitution for the people, not big money and corporate interests, and by RootsAction, an online initiative dedicated to galvanizing people who are committed to economic fairness, equal rights, civil liberties, environmental protection, and defunding endless wars,” organizers wrote.

The Need to Impeach campaign effort to unseat Trump has collected more than 5.9 million signatures. Tom Steyer, a billionaire and former hedge fund manager, is the founder of Need To Impeach and NextGen America. He has spent millions in ads promoting impeachment of Trump. Steyer recently did a 30-city tour to encourage people to vote and to sign the Impeachment petition. News reports say Steyer is preparing to run for president in 2020.

Some would say that Steyer is Trump’s worst nightmare. Steyer accused Trump of committing treason after Trump’s meeting with Russian President Vladimir Putin in Helsinki this summer. In response, Trump referred to Steyer as “wacky and totally unhinged” on Twitter.

“The rampant corruption of Donald Trump, his family, and his administration surpasses anything in our nation’s history. Since taking office, Trump has violated the Constitution by profiting off the presidency and allowing the open influence of foreign governments. He spent a third of his first year in office at his private properties. The legacy of his understaffed, unqualified government will be marked by gross displays of nepotism, cronyism, scandal, and failed promises. And as special counsel Robert Mueller delves deeper into Trump’s sordid history as a failed businessman, his past business practices, partnerships, and connections to organized crime may shed light on our president’s unsettling relationship with Russia,” according to NeedtoImpeach.com

After Kavanaugh’s confirmation, Steyer said, “Donald Trump and the Republican leadership have sent a clear message to the American people: ‘Your voices don’t matter.’ An angry and vindictive partisan—one who is accused of sexually assaulting multiple women and clearly misled Senate leaders under oath—is now on the U.S. Supreme Court. Brett Kavanaugh will be able to dictate the rights and freedoms of millions of Americans, and may very well determine the fate of the president who is currently under investigation by the Department of Justice. This is a disgraceful act that voters must remember as they cast their ballots on November 6.”