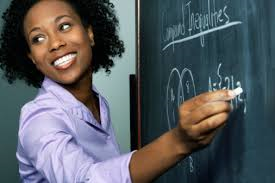 In honor of the thousands of dedicated and unselfish former teachers of the Orleans Parish School System, today, All Saints Day, we pay tribute to the remarkable men and women who poured their lives into others.  Although many are deceased, the legacies of their lives continue to shape destinies.  We are grateful for their skills and sensitivities.  We are grateful for their unselfish giving.  We are grateful to the extraordinary teachers who were “Saints” in the classroom.  Mrs. Mary Jane Jordan Willard, a teacher at the New Orleans Urban League Street Academy, Alfred Lawless Junior High School and John McDonogh Senior High School, was such a classroom “Saint”.  In honor of Mrs. Willard’s great love for her family, friends and students, we offer this special recognition and commendation.

Mrs. Mary Jane Jordan Willard was a graduate of Booker T. Washington Senior High School and earned her Bachelor of Arts Degree as a Magna 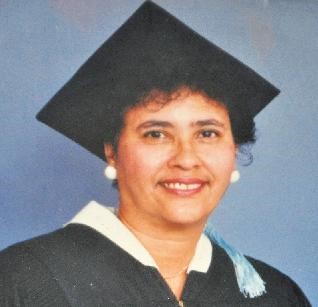 With a deep desire to make a difference in the lives of young children, Mrs. Willard began assisting in the classroom as a volunteer.  It was then, she realized her true calling as an educator.  For several years, she prepared students for their GED, as an instructor with the New Orleans Urban League Street Academy.  She was also a counselor with the Louisiana Department of Family Services.  For more than twenty years she taught Social Studies at Alfred Lawless Junior High School and John McDonogh Senior High School.  Mrs. Willard was an exemplary educator who understood the needs and challenges of her students.  She often purchased students uniforms and school supplies, provided bus tokens when needed, and even made home visits to meet with the parents of struggling students.

During the Administration of Mayor Sydney Barthelemy, Mrs. Willard founded and directed the Total Achievement Problem Prevention (TAPP) Program, which operated in the St. Bernard Gymnasium.  This program contributed to the reduction of the school dropout rate, particularly for girls and became a model for similar initiatives throughout New Orleans.

In 2012, Mrs. Mary Jane Willard laid to rest the love of her life and husband of more than 60 years, Dr. Elliot C. Willard.  From their union, twelve children were born:  Cynthia, Elliot, Jr., Regina (Joseph), Jacinta, Walter (Valerie), Christopher (Rhonda), Bernadette (Rufus), Dominic (Terrie), Martin (Nia), Benedict (Diane), Lucita (Patrick), and Katherine.  In addition to her more than forty grandchildren and over twenty – five great grandchildren, Mrs. Willard was loved by the thousands of school children whom she taught.

On the Feast Day of the Guardian Angels, Mrs. Mary Jane Willard responded to the Lord’s irresistible call and received her crown.  She joins with the Apostle Paul declaring to her beloved family and friends, “I have fought a good fight, I have finished the course, I have kept the faith: henceforth, there is laid up for me, the crown of righteousness, which the Lord, the righteous Judge, will give me on that day and not to me only but also to all who have loved His appearing.” 2 Timothy 4:7-8.  Providentially born on All Saints Day, Mrs. Mary Jane Willard was truly an earthly saint to her loving and grateful family, friends and students.   She is now a heavenly saint.