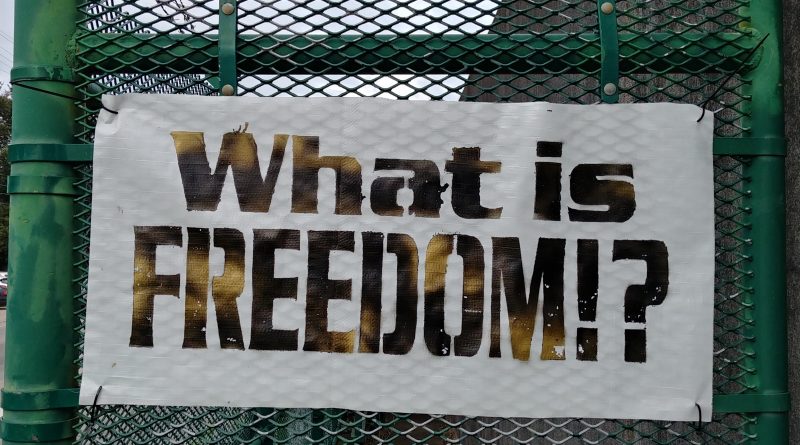 Ever notice how classically put-together and well-groomed civil rights marchers were in the 1950s and ’60s?

Starched or carefully-ironed shirts and trousers on men; neat blouses tucked into modest skirts – or dresses with hosiery – on women. Oftentimes, both groups took to the streets in suits, marching for miles in Southern climes in the fight for justice and dignity. Clearly, things have changed.

Oftentimes, it seems they’ve changed a bit too much for comfort. Especially if you’re older than 40. Generally speaking, we’ve changed our image too drastically to be taken seriously. Or to garner the respect we once naturally commanded as ambitious people hungry for The American Dream.

It’s been nearly five years since a unanimous jury acquitted George Zimmerman, the then-29-year-old Neighborhood Watchman, of all charges, effectively letting him walk away with murdering Trayvon Martin as the youth, 17, walked to his father’s townhouse in Florida. As a matter of fact, the spate of unarmed black men, women and youth being murdered across America by overzealous citizens and officers of the law has increased.

It’s clear to me that the best way for young men of color – especially young, black men – to wreck onerous stereotypes of who they are is for them all to now play a revolutionary hard defense: Clean yourselves up and go respectable. Don’t give Them a chance to put you in a box. That is, just by looking at you. After all, as was demonstrated in Zimmerman’s three-week trial in Sanford, Fla., a little bit of imagination goes a long, long way when defending murderous behavior.

If The Other sees you and feels threatened – even if you’re minding your business and they’re following you – you might not live to set the record straight. So, prepare ahead of time, and bring your best plan to the game.

Think for a moment. When The Other views you, do they actually see you – or who They want you to be? Who They think you are? However, the question to ask yourselves is: What am I presenting?

Presenting yourself like an overgrown child is an overall detrimental tactic. It won’t help you get a slice of any legitimate action. It doesn’t aid your case for employment or dates. I’m tired of seeing your bare, boxer shorted-ass on public streets when I leave my sanctuary:  Buy pants that fit and a good belt! There’s nothing cute about exposing yourselves the way you’ve been doing over the past 20 years. If anything, it advertises a predilection and solicitousness for homosexual activity, just like in the jailhouse where the “style” originated.

Neck tattoos, gold teeth and hair all over your head are scary. To people who look like you – and especially to those who don’t. They’re unnatural, crude, scream “Bad Judgment” and ‘I don’t care.’ To the larger culture they’re just plain unattractive. Intolerable. These are a few of the “trendy” ways one signals oneself an undisciplined and unruly person, outside the margins of polite – read: useful – society. Is there any doubt why you continually receive the reception you get?

So as your big sister, your cousin, your auntie or your friendly neighbor, I say it’s time for you to fight back: Clean it up, cover it up, cut it off. Man up.  Take your dignity back. The Other may think you’re up to no good, but being above reproach is a choice we make.

Once upon a time, when Americans still took pride in dressing up to go to work, do some shopping or even travel via plane, train or automobile, home-training for black folks consisted in large part of being taught how to present themselves in the best possible light, clean and pristine, at all times. In short, how to manage their image.

Manage your inherent “scariness” so you can ride off into the sunset and live to successfully resist the profile, the set-up, the take-down another day.