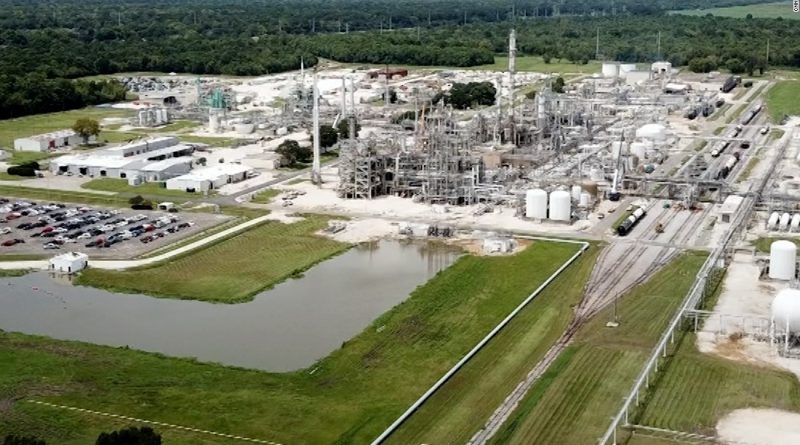 “The problem”,  said Rev. Willie Page,  “is with the lack of concern that Edwards, Baton Rouge Judge Wilson Fields and other politicians have for community concerns.”… “As soon as they get sworn in they forget all about you. You can’t find them in the daytime with a flashlight. That is our fault. We keep sending them back repeatedly in spite of the fact they are not doing what they are supposed to do. “

Judge Wilson Fields, is the brother of former Congressman Cleo Fields, recently allowed Gov Edwards to use a 1960 law declared unconstitutional by the U.S. Supreme Court, to bar protesters on a 5-day march to Baton Rouge from crossing two bridges.

Rev. Page continued preaching about Governor Edwards and local governments that continue to bring recruit poisonous industries to Death Alley and Louisiana. “We are not trying to stop anybody from making progress. We are trying to stop them from killing our communities.”

Three industrial facilities have been the focus of the CADA Movement. The DuPont Denka facility in Reserve, La, a Black township next to LaPlace, is rated by EPA as contributing to a cancer risk 800 times the national average. Governor Edwards has taken no action to close the plant that sits beside an elementary school and residences. In St. James Parish, the Mosaic facility has a two hundred feet high wall of radioactive gypsum and radioactive water that moves on inch a day toward waterways that lead to Lake Pontchartrain, New Orleans, and the Gulf of Mexico. Governor Edwards also proposes in the St. James Township $ 9.1 billion construction for the largest plastics company in the world that will add more than 12 million pounds yearly of pollutants in the air, land and water. The small parish now hosts 32 petro-chemical facilities and is one of the most poisoned places on earth.  Ms. Sharon Lavigne and Mr. Robert “Bobby Taylor, leaders of RISE St. James and Concerned Citizens of St. John call these plants and the governor’s inaction genocide.

Rev. Page also encouraged CADA leaders to persevere and hold fast to organizing activities against chemical companies and to help stop global temperature rise and climatic destruction. Pastor Page compared Jericho in Joshua 3 (Bible) to Baton Rouge, the capitol of the nation’s petrochemical industry.  In a 25 minute sermon Pastor Page declared that the walls of Jericho (Baton Rouge) were already falling and the only thing CADA leaders had to do is continue marching. A second march is being planned for mid-October.

“When you look at the forces arrayed against this movement it seems it will be impossible to get pass obstacles. We need the cooperation of the Governor. We need the Legislative Black Caucus and other politicians of influence. But in order for them to do this they must assume responsibility for the welfare of the people., “ Rev. Page said.

Page referred to a letter send from CADA leaders Lavigne and Taylor to  State Rep. Randall Gaines of LaPlace.  Gaines is chair of the Legislative Black Caucus. The letter asked for a meeting with the Black Caucus to develop a plan to meet with Governor Edwards, a long standing request. But the response of the Black Caucus, according to Rep. Gaines, has been they don’t have time.

“You mean to tell me you don’t have  time to get to the governor. You don’t have time to take up an issue of the people who sent you there?  You are right there in the Governor’s ear and you don’t have time?  There is something wrong with that picture?  I am challenging the Legislative Black Caucus. This is your responsibility.  When you campaigned, you made all kind of promises,” Page continued.

On the same day the New York Times Sunday edition published a scathing commentary on DuPont/Denka citing undisputed cancer risk in St. John the Baptist Parish and that the U.S. Environmental Protection Agency (EPA) and Governor Edwards is not taking appropriate action.