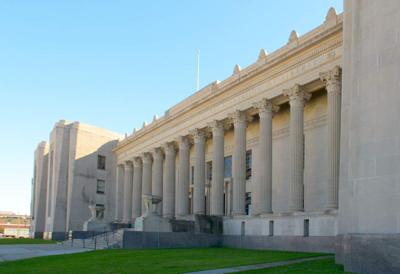 Just about any average news consumer in New Orleans has concerns about our court system – its racism, its expense, its inefficiency. I’ll spare you the grim statistics. They are thrown at us constantly. But even my low-level fear and sense of unfairness were not enough to get me directly involved for a long time. What could I, an ordinary citizen, do to change things?

Recently, I’ve discovered that there ARE things that I can do. I’ll share my short list in the hope that it will give you ideas for creating your own.

FIRST, help dispel the myth that money bail increases public safety. It does the opposite. It also creates a conflict of interest for elected judges who are assessing fees to run their courts. It destroys lives. Even a few days in jail can cause a person to lose their job, family support, and reputation. It’s expensive. It costs $59,190 to incarcerate one person at the city jail for a year – more than tuition at Tulane University.

A recently published study by the Vera Institute of Justice is called “Paid in Full: A Plan to End Money Injustice in New Orleans.” The plan would essentially eliminate both cash bail upon arrest and fees charged to defendants when they are convicted. For decades, those fines and fees, paid by mostly poor and black defendants, have provided significant support –25% – for the cost of running our criminal courts. Last year the New Orleans City Council voted to give the court system an extra $3.8 million in its 2019 budget. That would more than make up for the gap caused by lost bail fees.

The report points out how cash bail makes us all less safe, not safer: “In New Orleans, 65 percent of people arrested for the most serious crimes or who are flagged as high risk for other reasons avoid jail by paying bail.” Meanwhile, it claims, many are incarcerated simply beause they can’t afford to bond out.

SECOND: Go see the per(SISTER) exhibit of and by incarcerated women of Louisiana at the Newcomb Art Museum of Tulane before it ends on July 6. On Juneteenth (June 19) from 5-8 there will be live performances, food, and exchanges on race and freedom by formerly incarcerated women. There’s a quilt with the names of women serving life sentences sewn by Mardi Gras Indians. Artists team with incarcerated women to bring out their stories in their words.

One of the stories is Tywanda Major’s. She was locked up because she owned the car her uncle used for a robbery. Case in point about fees: “I had to pay parole fees, probation fees, restitution fees, off of something I didn’t do. I had to pay $750 to sign up for the diversion program so that it don’t go on my record. I had to pay $1,900 in restitution. I have to pay $60 every three months for drug tests and $75 for the theft class and it was just different things that didn’t, you know, that I don’t think fit the crime. Especially for somebody who didn’t do it. They really didn’t want to hear anything. It was just all about money.”

The exhibit provides a timeline from 1829 to the present which you can walk and learn about the laws that got prisons where they are today.

When prisoners become real people with real stories for the public, it makes it easier to get involved.

THIRD on my list is sign up for Court Watch NOLA (CWN). Court Watch promotes reform in the Orleans Parish Criminal Court system through civic engagement and courtroom observation. CWN trains any and all on how to observe and what questions to answer. In my class, the quickest learners were the formerly incarcerated.

They recently put out a report also which is on their website. The report found that the drug test which Ms. Major took and paid for – even though her “crime” had nothing to do with drugs – is not even scientifically accurate. The Drug Testing Lab on the first floor of the Orleans Criminal District Courthouse does initial drug screens. Best practices require a secondary confirmatory test for accurate results. The report states: “Despite the problems with the lab analysis, at least 77 pre-trial defendants were held in contempt for purportedly positive drug tests in 2018, with 59 pre-trial defendants serving an average of 18 days in jail, including two pre-trial defendants who were held in contempt of court in 2018 for positive drug screens for marijuana alone and jailed an average of 19 days.”

Other interesting findings of the CWN report are that marijuana has NOT been decriminalized in New Orleans despite tourism industry claims that it has. Another finding: fragile victims or witnesses are not offered a safe way to testify. Recommendations follow each complaint.

My FOURTH suggestion is to attend a Justice and Beyond meeting. That’s where I found out about CWN, the money bail issue, and many other issues of interest to the progressive community. Justice and Beyond is a coalition of organizers who come together every Monday night at 4:45 at Cafe Istanbul in the Healing Center to share a meal, participate in a panel discussion, and settle on strategies for collaborative change. We’ll be taking a break in July, but come any other Monday because it’s easier to get involved when you have good information and you can join a work in progress.

Orissa Arend is a Court Watch NOLA volunteer, a member of Justice and Beyond, and author of Showdown in Desire, The Black Panthers Take a Stand in New Orleans.

One thought on “Criminal Justice Reform in New Orleans”