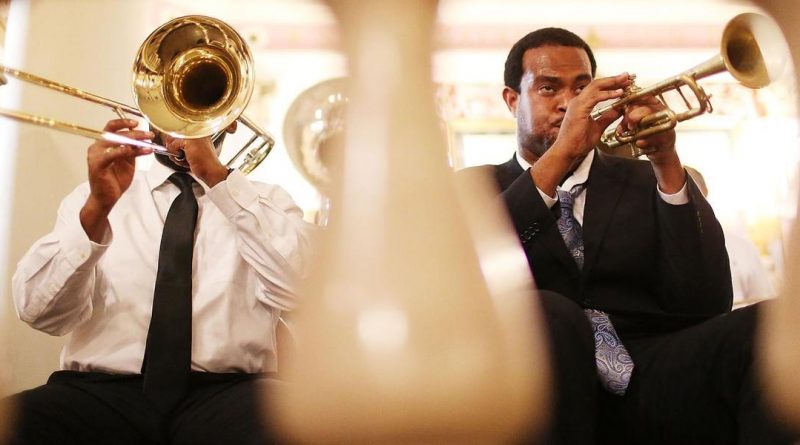 In Louisiana, you are more likely to become an obese, uninsured, nicotine addict with bad teeth and possible mental health problems than you are becoming a citizen who’ll lead a healthy and productive life. You’re most likely to be subjected to hospitals you can’t afford and nursing homes that suck, but your neighbors who have Medicaid, will lead the nation in bringing their children in for checkups. Still, this all results in a health care system that ranks 47th out 50 according to U.S. News & World Report’s annual state rankings.

For the 2nd year in a row, U.S. News has ranked Louisiana the worst state in the nation based on the 8 categories it deemed most important. No other state ranked in the bottom 10 in all 8 of the categories except Louisiana, not Alabama, not Arkansas, not even Mississippi.

You may disagree. You may say, “I’m not obese. I don’t have mental health problems.” Maybe you don’t, or maybe you’re just not educated enough to know it. It’s not your fault. According to U.S. News, the state has done a credible job tutoring your miseducation. Louisiana complements its high-quality pre-k system with lackluster enrollment, and high-schools that leave students unprepared for college. Students who’ve gone through this system rank near last (48th, 49th, 44th, and 48th) when it comes to reading, math, high school graduation, and finishing college. The unsurprising result is a final ranking of 49th out of 50 when it comes to education.

Once this uneducated mass makes it out into the real world, they find an inconsistent economy to make a living. On one hand, it’s an economy that’s theoretically ripe for hiring thanks to a low business tax rate, but on another, 5 % of the people remain unemployed and barely 60 % have found work (that’s bottom 10 for both categories). For possible reasons why, see the education rank. As a result, Louisiana has the 44th ranked economy out of 50.

Next up on the list is opportunity. Guessing this ranking should be easy even here in Louisiana. Poor education and improving your life usually don’t work well together. In Louisiana there’s little opportunity, like last in the nation, 50th out of 50 opportunity.

U.S. News also showed no love to Louisiana when it came to its crime and corrections category, which is related to education and opportunity. The state has apparently resorted to the “if you can’t educate or employ them, then lock them up strategy.” The result is a prison system that houses more people per capita than anywhere else on the planet. Ironically, the state consistently accomplishes this feat with minimal resistance from its free, and therefore potential incarcerated, citizenry. U.S. News decided nope that it was not impressed with this quelling of the masses and decided to slap Louisiana with a 48th out of 50 ranking.

Things got no better in the infrastructure category. Our bridges are bad. Our roads suck. There’s not enough high-speed internet access. Surprisingly though, the state ranks #1 when it comes to cheap electricity. Tell that to somebody who pays Entergy, but those are U.S. News’ facts. Cheap electricity, though, still wasn’t enough to rescue the state from being ranked 44th when it comes to infrastructure.

The last category, Quality of life, is not the quality you may be thinking about. It has nothing to do with hunting, fishing, festivals, food, or drinks, but it has lots to do with things like pollution and community engagement. Apparently, citizens in Louisiana are engaged, politically. We vote. Despite the documented educational issues, this was still regarded as a positive for some reason. Not enough of a positive though to overcome our pollution issues. Quality of life here was hit with a 42nd out of 50 rating. Throwing a flag on this one though. U.S. News might want to reexamine what constitutes a quality life because who doesn’t like hunting, fishing and festivals.

Still, imagine there was a giant mirror that we Louisianans could collectively stand in front of and look at ourselves in. Imagine us standing there, a huddled mass from Grand Isle to Shreveport, one hand on each other’s shoulder staring out at fellow cajuns, creoles, red necks, and black people. We’d stare and be forced to face one uncomfortable conclusion in our reflection, and that would be: we suck, apparently, and according to U.S. News & World Report, apparently, we suck badly.

One thought on “And The Last Shall Be First…Someday…Hopefully, Oh, Louisiana”