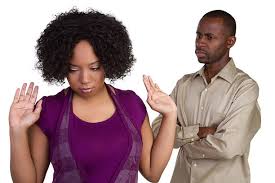 It’s better to take some things with a grain (or two) of salt.

Everyone in Joan’s life was telling her to get a divorce. Her husband Greg had been having a secret affair for months. His dishonesty was more painful to Joan than the affair itself. She doubted that she would ever be able to trust him again. “Get rid of him!” her sister pleaded. “Once a cheater always a cheater,” her best friend told her. Joan’s friends meant well, but they were biased. They were distressed to see her in so much pain and they wanted the old Joan back again. Normally strong, Joan was now having trouble keeping her life together. To observers, it can appear simple and clear-cut that there are perpetrators and victims. On closer investigation, however, there is usually more to the story.

Joan had played a part in the demise of the marriage. She had not been receiving the emotional support she desired and had been angry and punitive toward Greg for a long time. Freezing him out was her way of making him pay. She had been an accomplice in the denial, which allowed their facade of a marriage to continue, with neither of them addressing their difficulties in a straightforward fashion. They had each quietly conspired to create a context in their relationship that allowed their marriage to deteriorate. While this does not justify Greg’s infidelity, Joan was complicit in creating conditions in the marriage that gave rise to his affair. Until she was able to recognize this as well as her intention to punish him by withholding her deeper feelings, the real healing couldn’t begin.

Joan’s friends and family were reacting from a dualistic perspective of right and wrong, good and bad, victims and perpetrators. While it’s tempting to see things in these terms, when it comes to relationships, things are rarely so cut and dried. It’s a lot to ask of our friends and family to see a more complex picture. But if we want high-level support, rather than sympathy, that’s what we need to do. We can instead say, “Please don’t take sides. The best way you can assist me is to help me see my part in this breakdown.” Otherwise, we may be better off not telling them our one-sided version of the story.