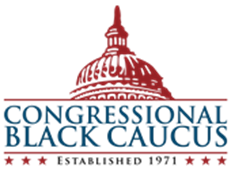 WASHINGTON – Today, the Chairman of the Congressional Black Caucus, Congressman Cedric L. Richmond (D-LA-02), released the following statement on the Trump Shutdown in an effort to provide the public with additional context and clarification about its causes – causes that are being mischaracterized and misattributed by Congressional Republicans and the President.

“This Trump Shutdown would have been completely avoidable if the President would have been willing to negotiate in good faith instead of injecting his toxic agenda into congressional discussions. I am disappointed that negotiations have gotten to this point because nobody wants a disruptive government shutdown. The Congressional Black Caucus has always been the conscience of the Congress and we are simply not going to compromise our values. Congress should work together to address the needs of the American people, like passing a budget and long-term appropriations bills, providing a long-term solution for our critical health care programs, funding disaster assistance for communities still reeling from hurricanes and wild fires, and addressing Trump’s manmade immigration crisis.

“The short-term spending bill that the Congressional Black Caucus rejected this week was the fourth short-term continuing resolution that Congressional Republicans have brought forward this fiscal year. While it would have kept the government open for a little while longer and funded CHIP for a few years, it failed to responsibly address a laundry list of other critical issues.

“It failed to fully fund health care programs on which vulnerable communities rely. It did not provide a long-term solution for CHIP, which could have saved the government $6 billion if it had been extended for 10 years. Instead, they chose to extend it for only six years, saving only $1 billion. On top of this, the bill fails CHIP kids by neglecting to fund Community Health Centers, Disproportionate Share Hospitals, and teaching hospitals. Sick kids can’t use their health insurance at an unfunded and shuttered health facility. This administration and its Republican allies in Congress continue to play games with vulnerable Americans’ health care and this is flat out immoral.

“The rejected funding bill also failed to provide disaster relief to help people around the country recover from hurricanes, fires, floods, and more. Communities in Texas, Florida, the Virgin Islands, and Puerto Rico continue to suffer without immediate action. This is simply shameful and we all have a responsibility to help our fellow Americans in need.

“The flawed spending bill also fails to protect our troops and our veterans. The Congressional Black Caucus agrees with Defense Secretary Mattis who on Friday called short-term continuing resolutions ‘debilitating’. Further, the short-term continuing resolution failed to address the dire need for more resources at the Veterans Administration to handle the backlog of claims from our veterans who have proudly served their country.

“On top of all of this, the bill fails to protect young people who were brought to this country as small children and who call no other country home. Every day, 122 DREAMers lose their protected status and face immediate deportation to a country they’ve never known. The continued lack of action for DREAMers is irresponsible given the fact that Trump created this crisis when he rescinded President Obama’s solution to this issue, a solution that 80 percent of Americans agree on.

“There are simply too many issues that demand urgent attention that could help all American communities that were simply ignored by the short-term funding bill passed by the House this week and rejected by the Senate late last night. We are happy to make a deal to reopen the government, but it has to be a responsive and moral deal in order to receive our support.

“The Republican administration and Republican-led Congress is trying to message their way out of their irresponsible approach to governing. These short-term funding bills are disruptive to black communities and to all of the American people. They hurt families, small businesses, and can do damage to local economies. In addition, the continued failure to address urgent policy needs is mean-spirited and demonstrates a Congress and an administration that is out of touch with real people. The Congressional Black Caucus urges the White House and its congressional allies to start acting on behalf of American communities and to stop playing games.”

The Congressional Black Caucus was established in 1971 and has a historic 48 members for the 115th Congress, including one Republican member and two senators. Congressman Cedric L. Richmond (D-LA-02) is the chairman of the caucus.