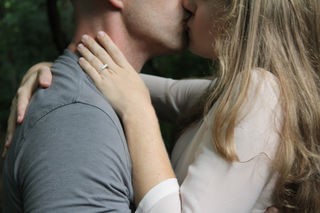 Belief in Sexual Compatibility Can Sour Your Sex Life

Unsatisfied with your current or most recent lover(s)? Can’t seem to find that perfect fit who excites you both during the date and after you head to the bedroom? The problem may not be the person (or people) you’re seeing. A recent study published in the Journal of Personality and Social Psychology finds that the satisfaction we derive from sex is largely influenced by the attitudes we hold about how it should play out with our partner(s).

Previous research has found that holding destiny beliefs about relationships — i.e., endorsing the concept that there is one soulmate or a select few soulmates with whom one is either compatible or not — bodes poorly for weathering conflicts with a partner, as interpersonal differences often strike destiny-beliefs-holders as evidence that the person they are with isn’t the perfect fit for them and should, therefore, be rejected. By contrast, individuals who hold relationship growth beliefs tend to consider conflicts as challenges to be ironed out rather than hallmarks of incompatibility. As a result, they are more likely to hang in there during the hard times of a relationship. They are also more likely to express satisfaction in relationships — likely because they do not experience differences or imperfections in their partners as highly threatening and because respectfully working through conflicts promotes bonding.

Per the researchers’ definitions: “Sexual growth beliefs indicate that sexual satisfaction requires effort and work to maintain over the course of time in relationships” whereas “sexual destiny beliefs indicate that natural compatibility between sexual partners is the key factor that allows couples to maintain sexual satisfaction, and that struggles in a sexual relationship suggest the relationship is destined to fail.” The authors add that “individuals high in sexual growth beliefs believe that challenges in their sex life and sexual incompatibilities with their partner can be overcome with hard work” while “individuals high in sexual destiny beliefs think that the quality of their sex life will predict their relationship success, meaning they use their sexual relationship as a barometer for how their overall relationship is functioning.”

Maxwel et al. developed and validated a measure of sexual destiny and sexual growth beliefs that contained questions like, “It takes a lot of time and effort to cultivate a good sexual relationship,” “a satisfying sexual relationship is partly a matter of learning to resolve sexual differences with a partner,” “If a couple has to work at their sex life, the relationship is probably not meant to be,” and “If sexual satisfaction declines over the course of a relationship, it suggests that a couple is not a good match.”

Over the course of several studies the researchers administered this measure to several cohorts of people who had been in a monogamous relationship for at least 3 months. Some cohorts were married or cohabiting. Others had recently given birth to their first child. Some were in college. Others had long since graduated. All were asked to rate on a scale how strongly they agreed or disagreed with the above statements. 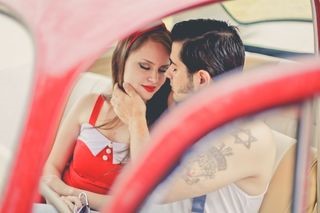 By and large, the researchers found that endorsing sexual growth beliefs boded far better for feelings of connection during sex, sexual satisfaction with a partner, and overall relationship quality than did endorsing sexual destiny beliefs. Participants who were convinced that two people are either sexually compatible or not, end of story, were more likely to report lower relationship quality and less satisfaction in bed. Compatibility believers also tended to place more importance on sexual performance (likely setting the stage for the pressure to be on both their partners and on themselves during romantic encounters).

In a final study testing how willing partners would be to accommodate their partner’s sexual needs based on whether they endorsed sexual growth or destiny beliefs, Maxwell et al. manipulated participants’ perspectives by having them read fake magazine articles implying one or the other stance was right. They then informed participants that they were either sexually compatible or not with their partners.

Participants primed to endorse sexual destiny beliefs (even transiently) “were only willing to make sexual accommodations for their partner when they were told they were sexually compatible as opposed to incompatible.” Thus, in addition to limiting their own satisfaction, endorsing a sexual destiny belief may also limit their partner’s satisfaction: Perceived incompatibility (in the form, say, of a partner’s request to be touched or spoken to in an unfamiliar way) may cause someone convinced of sexual compatibility to pull away, thereby preventing his or her partner from getting what he or she needs to feel their best in bed.

What does this mean for you and your current or future relationship(s)? Well, for one thing, it might be helpful to challenge your own beliefs about sexual compatibility and consider romance more of a long term learning experience. That’s not to say, of course, that you should do things you truly don’t feel comfortable with. Nor should this research be used to argue that you’d enjoy sex with anyone if only you gave them a shot. Rather, it’s a reminder that, having established a baseline of shared attraction, interest, and trust with someone, it’s worth being patient and open-minded as you figure out what feels best for both of you.

As for prospective individuals you anticipate becoming involved with, consider finding out sooner sooner than later whether they believe that a happy sex life (or a relationship, for that matter) requires mutual learning and work or whether people are simply meant (or not) to be. Brace yourself for more enjoyment and mutual satisfaction if they hint at the former. And if they give you the impression they’re more the sexual soul mate type? Consider sharing this article with them to nudge them towards believing in sexual growth.

One thought on “Sexual Compatibility Can Ruin Your Sex Life?”