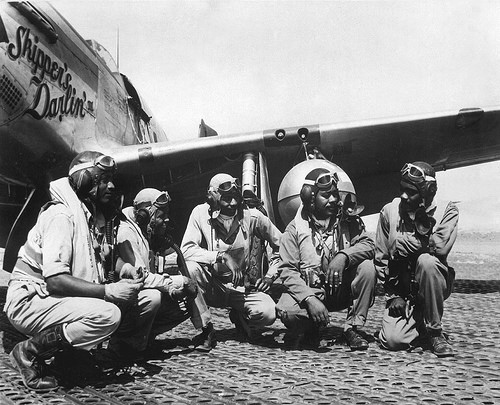 February 1st marked the beginning of Black History Month. Each year Americans set aside a few weeks to focus their historical hindsight on the contributions that people of African descent have made to this country. While not everyone agrees Black History Month is a good thing, there are several reasons why I think it’s appropriate to celebrate this occasion.

The History of Black History Month

First, let’s briefly recount the advent of Black History Month. Also called African-American History Month, this event originally began as Negro History Week in 1926. It took place during the second week of February because it coincided with the birthdates of Frederick Douglass and Abraham Lincoln. Carter G. Woodson, a Harvard-trained historian is credited with the creation of Negro History Week.

In 1976, the bicentennial of the United States, President Gerald R. Ford expanded the week into a full month. He said the country needed to “seize the opportunity to honor the too-often neglected accomplishments of black Americans in every area of endeavor throughout our history.”

Black History Month has been the subject of criticism from both Blacks and people of other races. Some argue it is unfair to devote an entire month to a single people group. Others contend that we should celebrate Black history throughout the entire year. Setting aside only one month, they say, gives people license to neglect this past for the other 11 months.

Despite the objections, though, I believe some good can come from devoting a season to remembering a people who have made priceless deposits into the account of our nation’s history. Here are five reasons why we should celebrate Black History Month.

I had the privilege of living in Jackson, Mississippi which is the site of many significant events in Black History. I once heard Myrlie Evers, the wife of slain Civil Rights leader Medgar Evers, speak at the Governor’s Prayer Luncheon. It’s common to see James Meredith, the first African American student at Ole Miss, in local churches or at community events.

Heroes like these and much more deserve to be honored for the sacrifice and suffering they endured for the sake of racial equality. Celebrating Black History Month allows us to pause and remember their stories, so we can commemorate their achievements.

Several years spent teaching middle school students impaled me with the reality that if we don’t tell the old, old stories, then the next generation, and we ourselves, will forget them. It pained me to have to explain the significance of the Harlem Renaissance and the Tuskegee Airmen to children who had never learned of such events, and the men and women who took part in them.

To what would surely be the lament of many historic African American leaders, my students and so many others (including me) take for granted the rights that many people before them sweated, bled, and died to secure. Apart from an awareness of the past, we can never appreciate the blessings we enjoy in the present.

All too often, only the most negative aspects of African American culture and communities get highlighted. We hear about the poverty rates, incarceration rates, and high school drop out rates. We are inundated with images of unruly athletes and raunchy reality TV stars as paradigms of success for Black people. And we are daily subject to unfair stereotypes and assumptions from a culture that is, in some aspects, still learning to accept us.

Black History Month provides the chance to focus on different aspects of our narrative as African Americans. We can applaud Madam C.J. Walker as the first self-made female millionaire in the U.S. We can let our eyes flit across the verses of poetry Phyllis Wheatley, the first African American poet and woman to publish a book. And we can groove to soulful jazz and somber blues music composed by the likes of Miles Davis and Robert Johnson. Black History Month spurs us to seek out and lift up the best in African American accomplishments.

I recall my 8th-grade history textbook where little more than a page was devoted to the Civil Rights Movement. I remember my shock as a Christian to learn about the formation of the African Methodist Episcopal (A.M.E.) Church, because in all my years in churches and Christian schools, no one had ever mentioned it.

Unfortunately, it seems that apart from an intentional effort otherwise, Black history is often lost in the mists of time. When we observe Black History Month, we give citizens of all races the opportunity to learn about a past and a people of which they may have little awareness.

It pains me to see people overlooking Black History Month because Black history (just like Hispanic, Asian, European, and Native history) belongs to all of us — black and white, men and women, young and old.  The impact African Americans have made on this country is part of our collective consciousness. Contemplating Black history draws people of every race into the grand and diverse story of this nation.