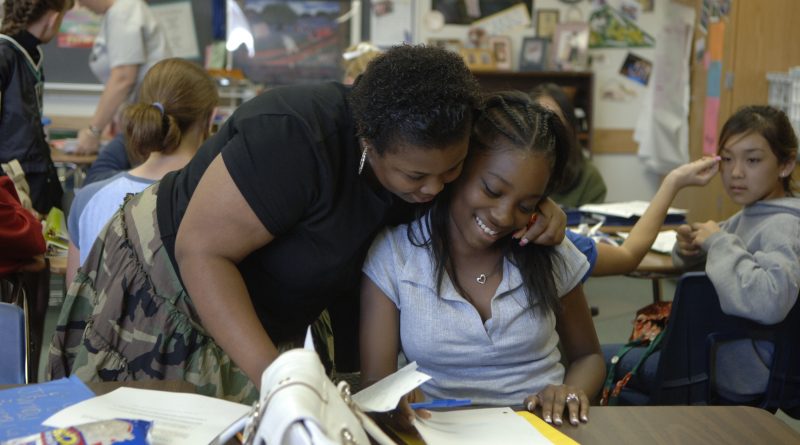 Pretty soon, like in the next month or so, being a teacher in Louisiana will become a little more bearable. Well…maybe, probably, possibly. It depends. Presently, the governor and Republican legislators are in rarified air, toasting to something not often seen at the state capitol – an agreement. What they agree on is teachers’ pay, how it’s not competitive with our southern neighbors, and how it should be raised by a $1000 a year.

In the past, the partisanship between the governor and Republican legislators has increased in direct proportion to the budget deficit, proving that people who don’t have enough money tend to fight over the little they have. And those two have fought, and fought, and fought. But now look at them. It’s amazing what a little extra change in the pocket, the threat of a strike, and the fact that teachers here make about $1,700 less than the Southern regional average will do. Something had to give because the prospects weren’t looking good.

In the past year, there have been teacher strikes all across the country, in states like Virginia, West Virginia, North Carolina, Oklahoma, Colorado, and California. Neighboring states like Texas and Mississippi have already approved pay raises for their teachers, and when asked whether a strike over pay raises was on the table for teachers here, a rep for one of the teacher’s union said probably so. That would not be a good look for an incumbent governor in the midst of a reelection campaign. Luckily for the governor, Republican legislators figured it wouldn’t be a good look for the state overall, hence the accord.

Money has been rumored to be the root of all evil, but it also tends to be the measure of happiness, especially on the job. Rarely, if ever, do you hear somebody say, “I’m so happy with my job I don’t need a raise.” Instead, raises are usually met with, “Awe, gee thanks, you definitely should have.” So, imagine being on a job where you’ve only gotten two raises in 12 years, and how during that 12 years you’ve seen the prospects of leaving that job alive decrease (thanks to increased school shootings). Most likely you wouldn’t be too happy of an employee.

Teachers in Texas should be a lot happier. Their raise is set to be a $5000 one, while teachers in Mississippi can expect an extra $1500. On paper, that doesn’t make Louisiana’s $1000 raise seem all that competitive. It’s a relative comparison though, based on the states’ size and economy. Texas is not only the biggest state in the South, it’s the 2nd largest state in the country with an economy to match. Still, teachers there only average about $4000 more per year ($53,000 – $49,000) than those here in Louisiana, which is only the 31st largest state. Teachers in Mississippi, the 32nd largest state, only average about $43,000, which is $6000 less than teachers here, so even with an extra $1500 on the table, there’s not too much of a threat of teachers packing up and moving east. As in the 1800s, the gold mine still flows west.

Hopefully, though, this is the first of a series of raises that eventually bring teacher pay up to or over the southern regional standard now that the state finally has a flexible budget. In the meantime, though, after this upcoming legislative session ends, it appears that when somebody asks a teacher, “Hey what’s in your wallet?” that teacher will be able to turn and say, “More money,” which will be good news, something much needed around here for a change.