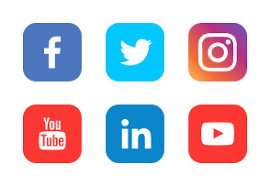 Recent news offer a variety of topics to be angry about. Here’s one: “After a nearly two-week hiatus, the Lexington, Virginia, restaurant known for turning away White House Press Secretary Sarah Sanders reopened its doors Thursday night.” Chances are, you have used social media to inform your opinion on that topic. And as it turns out, whether you side with Ms. Sanders or the Red Hen, that same social media likely radicalized your opinion, fueling your anger.

Social media are more radicalizing than face-to-face groups because they are larger collectives (more sources of information), and because in these large collectives there is more likelihood of encountering radical individuals. There’s a third reason social media groups are more radicalizing. In a face-to face group, dissenters can be ignored or expelled—but only with some unpleasantness. On a social media platform, selection has no downside; just press the mute button or the block button.

Some cases of social media radicalization have already come to light. The Arab Spring, the Ukrainian Revolution of 2014, and the Armenian revolution of 2018 evolved on social media, where opinions radicalized first, and then action was planned and coordinated. ISIS’ use of social media to recruit fighters, wives, and supporters around the globe resulted in thousands of Western youths traveling to Syria and Iraq. Russia used Facebook and Twitter to try to twist the U.S. electorate with radicalizing posts. Perhaps the most amazing example is the INCEL (involuntarily celibate) movement, which unites losers living in their parents’ basements, and upgrades their personal grievances of sexual failure to the level of a political movement worthy of NYT editorials.

More people every day rely on social media for their news, entertainment and social interactions. What we need is independent research to investigate their potential political effects. Like a Trojan horse, we let these vehicles into our daily lives. Let’s not close our collective eyes to the danger that they can carry.