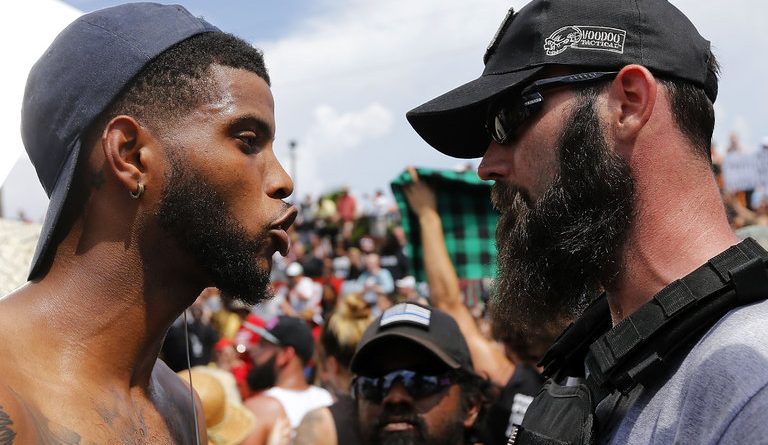 In the days since the white supremacists marched into Charlottesville, Va., my Twitter feed has lit up with advice from black pundits, activists and even friends:

“It’s time to stop talking about racism with white people.”

“Whiteness is always protected, even at its worst.”

Lines like these advise black Americans like me to respond to racism largely by avoiding white people. The assumption is that they are racist, even evil, unless they explicitly state and repeatedly prove otherwise.

I found myself thinking about this advice as I walked down Franklin Avenue in Brooklyn this past weekend. I noticed a white person walking her dog. Another listening to his music. And a third having dinner with her friends.

Do all of these people harbor a thinly veiled hatred for me, I wondered? Is there a secret white conspiracy scheming against me? How do I escape all this toxic whiteness I keep hearing about?

I didn’t grow up asking such questions. I was raised in a community in New Orleans where my parents taught me that the beauty of our people’s historical struggle for freedom and equality was that it ultimately spoke to the oneness of all human beings. Sounds of Blackness’s “Africa to America”; Stevie Wonder’s “Songs in the Key of Life”: These were the albums I was raised on. These are what taught me to develop an identity that was secure in itself and which did not require prejudging others.

Though I never heard the words “white privilege” until I got to college, I encountered racism. A college anthropology professor assumed I shouldn’t be held to the same standard as my white peers. I’ve been called a “house slave” for standing up against anti-Semitism. I’ve been called the N-word.

But by and large the violent hatred on display in Virginia couldn’t be further from my personal experiences with white people. Every school I attended in New Orleans was either predominately black or multicultural. So I grew up around black kids and white kids and Hispanic kids and Jewish kids and Muslim kids and Asian kids. I was and still am able to navigate diverse cultural spaces with ease as a black woman — not because I assume that these people aren’t prejudiced toward me, but because if they are, I was raised not to respond in kind.

I was taught that if someone white makes assumptions about me or my people, the proper response is not to go around making assumptions about them. That creates a downward spiral into hatred fueled by ignorance. The proper response to prejudice is not to treat our close-minded neighbors as though they weren’t human; that is how they have treated us. It is precisely because I love myself that I refuse to hate another.

I remember the day my parents taught me this lesson. I was 10 years old and they’d taken me and my sisters to an exhibit in Mississippi called “Without Sanctuary.” It was a memorial to the thousands of black men and women who were lynched in the Jim Crow South. I remember sobbing that night. I was filled with rage that I hadn’t yet felt before.

My parents embraced me and told me it was O.K. to be angry. They told me that this was a part of our past that we should always remember, but that one of its many lessons was to make sure to treat others equally — even if they did not respond in turn. People often hurt because they have hurt in them.

James Baldwin got at this theme in a 1965 debate at Cambridge University:

You know, no one can be dismissed as a total monster. I’m sure he [the racist Mississippi sharecropper] loves his wife, his children. I’m sure, you know, he likes to get drunk. You know, after all, one’s got to assume he is visibly a man like me. But he doesn’t know what drives him to use the club, to menace with the gun and to use the cattle prod. Something awful must have happened to a human being to be able to put a cattle prod against a woman’s breasts, for example. What happens to the woman is ghastly. What happens to the man who does it is in some ways much, much worse.

This is how I choose to understand the men and women who chanted “white power” in Virginia. Hearing those words is deeply painful for me as a black woman, but it is so much worse for the broken people chanting them.

Do black Americans have the courage and conviction to look the hateful monsters in the eye and offer a love so radical that it reminds them their hatred does not define them? That they can be greater than this if they so choose?

This is the hardest thing to do — and what I believe we have to do if we are to heal as a nation.