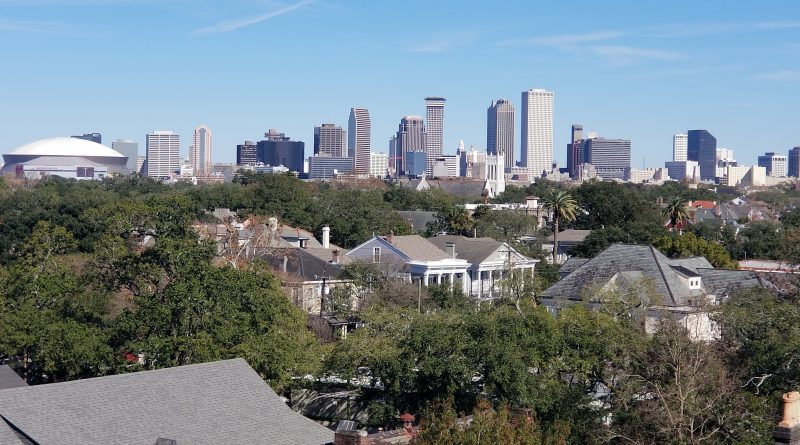 And how that is terrible for Louisiana

As the primary economic engine of not just New Orleans, but the entire state of Louisiana, tourism is normally politically protected at all costs.  The recent decision by voters to delay suddenly-sharply-rising property taxes is a step in the right direction, but much more is urgently needed lest New Orleans tourism morphs into a regional, rather than an international, draw.

Make no mistake about it:  New Orleans tourism, though unspoken, is largely Afrocentric.  In fact, the culture of the African American community is the key ingredient in our tourism gumbo.  People come to The Bowl for music, food, architecture and joie de vivre.  None of these exist without the contributions of African Americans.  Gentrification threatens this reality.

Local leaders have tried unsuccessfully to convince national leaders that coastal erosion in Louisiana is a threat to national interests.  The loss of seafood production and the threat to oil and gas interests are brushed aside in Washington, D.C., as trivial, replaceable assets the national economy can easily absorb. But as gentrification pushes less-resourced people from inner-city neighborhoods, the future of the city we all love is seriously imperiled. Unlike Louisiana’s relative unimportance nationally, New Orleans’ success is critical to Louisiana.

From a distance, all might seem good when a more-resource rich transplant migrates in to town. Nevertheless, one need only look behind the mask of in-migration statistics to understand the precariousness of the impending doom.  Political strategy and long-term planning are essential to prevent catastrophic cultural erosion.  The destruction of our city’s cultural foundations – think second line clubs and brass bands – of tourist dollars can be prevented with smart legislation, based on sound and fair economic principles.

Other cities, with far less important and influential cultural communities, have enacted safeguards to protect their own cultural assets.  A look at Seattle provides a glimpse of how we can protect our tourism industry, our city and our state.  That city has developed an Equitable Development Framework  which guides how the city prioritizes its work; shapes its budgets, policies, programs and investments; and structures the implementation of targeted strategies and equitable development projects by using clear objectives for reducing disparities and achieving equitable outcomes for marginalized populations.

The consequences of doing nothing are potentially calamitous.  As horrific and petrifying as a shooting on Bourbon Street is, the long-term effects of cultural erosion caused by gentrification are not offset by increased property tax collection. In fact, cultural erosion forebodes doom as the New Orleans which tourists seek out, no longer exists. Instead, NOLA will become more like Savannah: Nice place, but it’s no New Orleans. Without a protected and empowered black community in The Bowl, we might not be here no more.

15 thoughts on “Why Gentrification is Especially Bad for New Orleans”