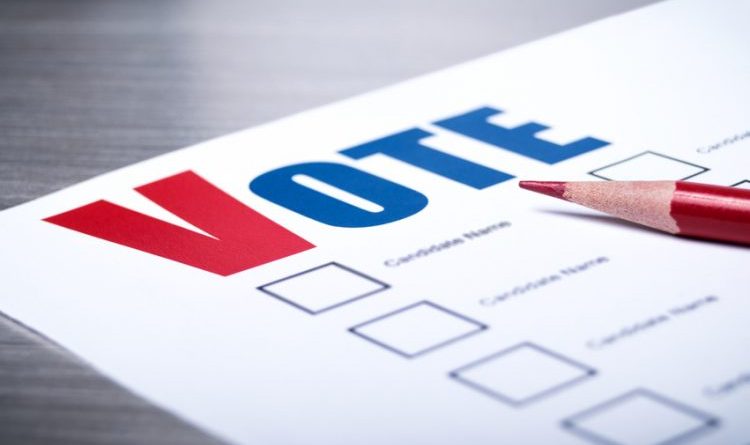 Our Look Before You Go Into the Voting Booth

As a Think504 reader, you are an intelligent, open minded and informed person.  During this campaign season, you probably have a governor’s candidate you are going to vote for and you are looking at the senate and representative choices.  But did you know there would be constitutional amendments on the ballot next month?  And if you were aware, are you fully informed on them.  Don’t sweat it.  All you need to know follows.

Do you support an amendment to exempt raw materials, goods, commodities, personal property, and other articles stored in public and private warehouses and destined for the Outer Continental Shelf from ad valorem taxes?

This involves the interstate flow of goods.  Currently the federal law allows for the free and unimpeded flow of goods across states.  Imagine a trucker with a load of lumber stopping in New Orleans and spending a day in the French Quarter.  The city of New Orleans has no right to tax the lumber while it is parked in the city.

But some coastal assessors started taxing goods and services parked in their parishes that are waiting to be transported offshore outside of state waters.  The companies complained and now we have to vote on whether these assessors can tax these goods and property sometimes stored in warehouses for months.

A vote for would exempt these goods and property and prevent these assessors from levying any tax.

A vote against would allow the assessors to tax these goods and property.

Do you support an amendment to provide for appropriations from the Education Excellence Fund for the Louisiana Educational Television Authority, Thrive Academy, and laboratory schools operated by public postsecondary education institutions?

The Education Excellence Fund was created by Millennium Trust which was created in 1999 to insure excellence in education in Louisiana for the 21st century.  The Trust funds things like all elementary and secondary schools in the state, plus some special schools like our own New Orleans Center for Creative Arts (NOCCA), the school for the Deaf and Visually Impaired, the Louisisana School for Math, Science, and the Arts, and the Louisiana Special Education Center.  Three new schools plus the  Louisiana Educational Television Authority (LETA) seek to get permanent funding written into the constitution.  The Thrive Academy, an academically successful charter school in Baton Rouge and Southern Lab and LSU Lab schools all want permanent legislative funding written into the state’s constitution.

A vote for this amendment would make these schools funding and LETA permanent fixtures in the state constitution.

A vote against requires the legislature to fund these schools every two years, recognizing that these schools already receive Minimum Foundation Program(MFP) funds and tuition.mm

Do you support an amendment to protect taxpayers by requiring a complete remedy in law for the prompt recovery of any unconstitutional tax paid and to allow the jurisdiction of the Board of Tax Appeals to extend to matters related to the constitutionality of taxes?

State and local tax disputes in Louisiana are heard by the state Board of Tax Appeals, which is comprised of three experienced tax lawyers who were appointed by the governor and approved by the Senate.  They can resolve any part of a tax dispute except constitutional law disagreements.   These must be heard in the courts.  A complex multi-issue disagreement must be put on hold so that a court can hear and rule on the constitutional issue.  This results in delays for citizens who are contesting taxation rulings.

A Yes vote would allow the legislature via a 2/3 vote to allow the  Board of Tax Appeals to rule on the constitutionality of taxes, fees, and related matters and require prompt repayment to residents of any paid unconstitutional tax.

A No vote would continue to limit the board’s powers and keep the power in the courts.

Do you support an amendment to allow the City of New Orleans to exempt property within Orleans Parish from all or part of ad valorem taxes that would otherwise be due for the purpose of promoting affordable housing?

Gentrification has created an affordable housing crisis in New Orleans. A strategy to provide affordable housing to long time New Orleans residents would grant the city the right to create new property exemptions or caps on increases.  There is no detailed plan from the city, but properties with over 15 units and short-term rental properties are excluded from this new tax break.  Owner occupied doubles and rental property landlords might be eligible for a tax freeze in exchange for keeping rents low.

Definitions about affordability and the myriad of possible options may give the city government broad latitude to offer any number of tax breaks.  Fortunately, companion legislation shines a light on all proposed tax breaks and requires public notice 30 days before they become effective with at least one public hearing during that period.

A yes vote would grant New Orleans the power to award creative tax breaks that would can only create affordable housing.

A No vote will keep all property tax exemptions on the state level and prevent the city of New Orleans from creating new exemption for the purpose of creating affordable housing.