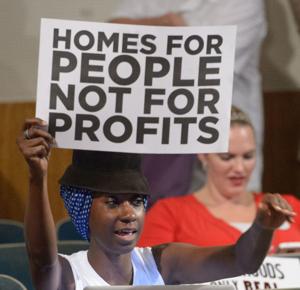 Creative Ideas to Protect Our Neighborhoods

News that real estate values in NOLA have skyrocketed should not surprise anybody.  But that the city administration has been done so little is disturbing and shocking.  Read here about why gentrification is especially bad in NOLA.  As displacement disguised as property renovations continues to plague our great city, the necessity of local government policies to curb outrageous housing costs running amok is especially pronounced. We need leadership and vision to stem the tide of this housing crisis.

The cultural uniqueness that makes New Orleans singular is housed in its people.   And if the people of New Orleans are displaced by this housing bubble, when it bursts the city may, in this case, be down the river without a paddle.  The resources necessary to prevent this occurrence rest within the power of the city council and the mayor. Fair share allocations should include investing in our pipes and our people.

Designate neighborhoods and their houses for specific purposes.  Each neighborhood will have the cultural significance of the purpose.  Residents who work in culturally significant industries gain easier access to these zones, where housing costs are fixed, and property taxes stabilized.  Create home ownership programs for the residents with soft seconds to offset acquisition costs.

Each housing zone will be equipped with a locally owned and operated neighborhood store that would supply low cost fresh foods and supplies.  Additionally, residents will contribute to a community center that educates, resources and supports the housing zones’ missions.  Community coordination will effectively reduce crime so dramatically that city funding can be redirected to other neighborhoods.

Easy changes to our property tax policies can reduce gentrification and preserve our neighborhoods.

We need new creative legislation from the mayor and the city council to protect our city.