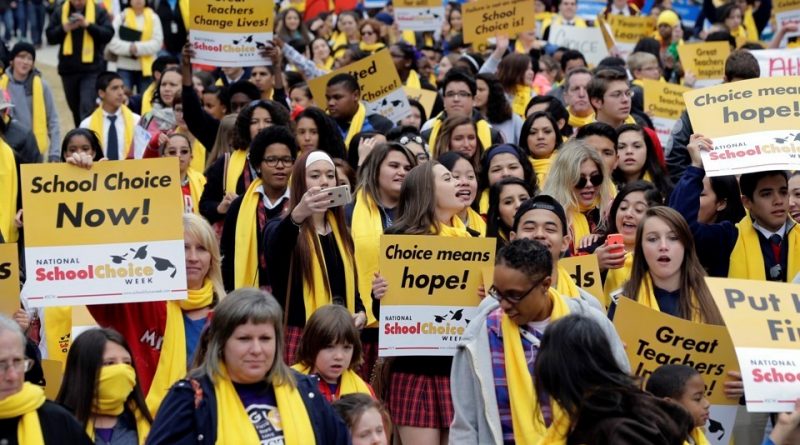 Politics and personal preferences are at play.

Soccer or lacrosse, Whole Foods or the farmers market, microbrew or Pinot Noir? Suburbanites tend to relish their many options for food and entertainment. At block parties, neighbors engage in hearty debates about the best place to vacation or the optimal car for shlepping one’s kids. So wouldn’t these very same parents—individuals who likely enjoy the privilege of choosing between a week on a beach or ski slope—want more choice when it comes to their children’s schools?

Not always. The data suggests that one form of school choice—charter schools—are less popular in suburbs than in cities. Why? Experts say that politics and personal preferences are at play.

Charter schools are funded by taxpayer dollars and, as such, can’t charge tuition or discriminate against children based on race, ethnicity, or disability. But as long as they fulfill certain accountability expectations, they’re able to operate on their own terms and, often, under their own governance structures. Some are organized by grassroots groups composed of teachers or parents, while others have been founded by organizations that run networks of schools, often in multiple states.

These schools have been hotly contested since the early 1990s, when Minnesota passed the country’s first charter-education law in the country. Proponents highlight their ability to innovate and serve diverse populations, as well as their freedom from the kinds of rigid bureaucratic rules that constrain traditional public schools. Advocates often cite the successes of well-established charter-school operators like Knowledge is Power Program (KIPP). Critics, meanwhile, argue that they drain funds from public schools and “cream skim” the best students from a community. They point to charters that have come under scrutiny amid allegations of corruption or those that have produced poor academic outcomes and consequently shut down.

A little over 6,700 charter schools now operate in the United States, triple the number in 2000,  according to “The State of the Charter School Movement,” a new report from the nonprofit consulting group Bellwether Education Partners. They serve close to 3 million students—or 6 percent of the total U.S. public-school enrollment—in 43 states and Washington, D.C, with most of the growth happening in 15 states, including California, Florida, and Ohio. Bellwether projects that charter schools could educate as many as one- to two-fifths of the country’s students by 2035, though that’s a liberal estimate.

Charter schools are concentrated in urban and less affluent areas—and it’s not just because of practical reasons, such as available infrastructure and philanthropic funding. According to the Bellwether report, 56 percent of charter-school students live in cities, versus just 29 percent of all U.S. children. (The remaining charter-school students are about evenly split between rural areas and the suburbs.) Relatedly, nearly two-thirds of the charter-school population is nonwhite, compared to about half of its regular public-school counterpart.

There are, of course, variations in the trends depending on the specific state and city. For example, 7 percent of students in New York City attend charter schools, compared to almost all—91 percent—of their peers in New Orleans. While California opened hundreds of new charters in the last four years, only two dozen were opened in Maryland during the same time frame. And just a small percentage of Colorado’s charter-school population is identified as low-income, versus a solid majority of the students attending charters in D.C.

Asked why there are so few suburban charter schools, Michael Petrilli, president of the charter-friendly Fordham Institute, said “it’s by design.” The first few states that signed charter-school legislation—like Wisconsin, California, and Colorado—had broader rules, enabling a wide range of charter schools to exist in those areas, he explained. These early-adopter states were able to enact looser laws because the opposition hadn’t yet fully organized, according to Petrilli. “The teachers’ unions”—which at the time were fighting vouchers—“were caught flat footed,” he said. Perhaps they saw charters as a compromise in the realm of school-choice. On the other hand, many of the states that passed their laws just a few years later, such as Ohio, only permit charter schools in low-performing districts. “The lines have been drawn,” Petrilli continued.

Rural or suburban Republicans may vote in favor of vouchers or charter schools in urban areas, but not in their own communities.

Political dynamics with legislatures play a role, too. State lawmakers, both Republican and Democratic, have blocked broader charter school laws, Petrilli said, because they wanted to avoid conflicts with district superintendents and their local constituents. Rural or suburban Republicans, who tend to support school choice on ideological grounds, may vote in favor of vouchers or charter schools in urban areas, but not in their own communities.

Sara Mead, a partner at Bellwether and the lead author of this report, echoed Petrilli’s assessment, noting that New Jersey’s legislators, for example, wrote laws establishing charter schools in Newark and Paterson but resisted efforts to create them in the Garden State’s less urban areas.

But other analysts suggest that suburbanites simply aren’t looking for alternatives because they’re already satisfied with their traditional public schools. After all, studies show that suburban schools, on average, outperform their urban counterparts. “It’s all about demand,” said Bruce Fuller, a professor of education and public policy at UC Berkeley who’s conducted extensive research on the topic. “The middle class doesn’t want charter schools—they don’t need them. The demand is in the city.”

“Moms always say they like the uniforms. They like that the charter school is a serious place. They have an affection for smaller, more orderly places.”

The greatest demand for charters comes from parents in urban areas like Newark and D.C. that have struggled with low-performing traditional public schools, according to Fuller, who also suggested that parents in these areas like the structure and discipline-heavy ethos embraced by KIPP and other charter networks. “Moms always say they like the uniforms,” he said. “They like that the charter school is a serious place. They have an affection for smaller, more orderly places.”

Fuller said the charter-school movement in California, where he’s focused much of his research, began in the majority-white suburbs, largely as an effort to seal themselves off from people of color. But then charter schools operators like KIPP and Aspire stepped in, creating the state’s highest-demand charter schools in inner-city neighborhoods.

“Where they have been allowed, they exist. Middle-class parents like choice, too.”

If states lifted some of their restrictions on the numbers and locations of charter schools, according to Petrilli, more would begin to pop up in the suburbs. “Where they have been allowed, they exist. Middle-class parents like choice, too.” In the meantime, new forms of charter schools are attracting a wider range of students and families. Education Next’s Richard Whitmore recently reported that middle-class parents are participating in “intentionally diverse” charter schools—institutions designed to include a mix of families by race and income. In cities undergoing gentrification, charter schools are pulling children from a wide variety of backgrounds. (It’s also worth noting that evangelical homeschoolers in California have started creating their own charter schools.)

Ultimately, even without charters schools, suburban students and their families aren’t necessarily locked into one local school. Dissatisfied parents have the means to move to a town with a better school system or to send their children to private schools. They may also enjoy increased options within the traditional public-school system: In my own area of Northern New Jersey, students can pay a tuition to attend public schools in other towns, and there are specialized and highly ranked magnet schools. For six years, my school district paid for my youngest son to attend a public school in a different town because it had a special inclusion program for children with high-functioning autism.

Perhaps suburbs aren’t clamoring for charter schools because they already have choices.

This article is part of our Next America: Higher Education project, which is supported by grants from the Bill & Melinda Gates Foundation and Lumina Foundation. 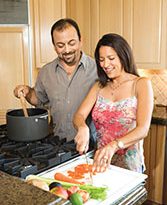 4 Steps to Manage Your Diabetes for Life