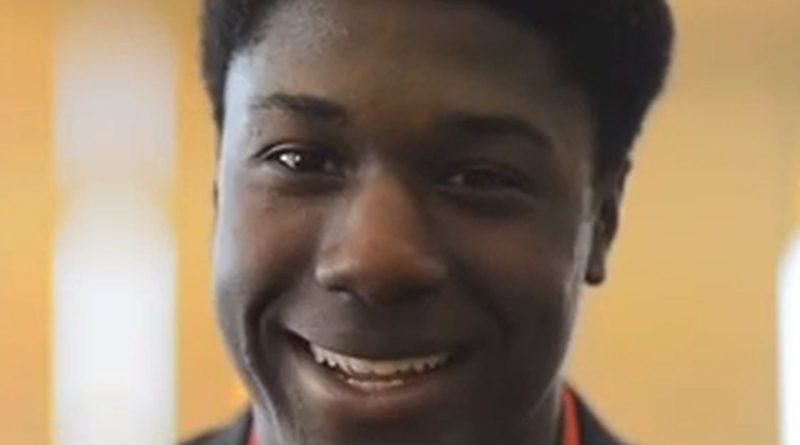 Last week Long Island teenager Kwasi Enin captured national headlines after becoming part of an impressive club: high school seniors who have been accepted into all eight Ivy League schools. However, while many celebrated Enin’s achievement, a bitter minority griped that the teenager had somehow gamed the system. The racial subtext was obvious: Enin couldn’t have actually have gotten into all those schools by himself. Why? Well, because he’s black.

This type of harmful and wholly inaccurate narrative has been constructed around African-American male student achievement for years. Enin is just the latest high-profile example of how it hurts all young men, high school high achievers or not, by implying that the majority of African-American boys are hopelessly behind and may never be able to narrow the achievement gap.

The good news is that bright spots like Enin may help raise the profile of America’s African-American young men. However, there is a lot of work to be done, beginning with rethinking the way we use these seven common “facts.”

This myth has been used by education experts, the media and even the president, despite the fact that over the last decade, African-American boys have largely avoided the “school-to-prison” pipeline.

African-American males are not anti-intellectual. In fact, researchers have shown that African-American boys show more positive feelings toward school than do their white counterparts. University of North Carolina professor Roslyn Arlin Mickelson found, “Many black youth and adults express a high regard for education” and that there are a multitude of factors that shape black students’ educational attitudes.

The high school dropout rate for African-American males has actually hit a historic low. According to a 2013 Education Week study, about 62% of African-Americans completed high school in 2010 (the most recent year for which the necessary data was available), compared to 80% of white students. The increase represents a 30% narrowing of the gap between black and white high school students.

Indeed, African-American males are graduating at historic levels. According to the Schott Foundation for Public Education, “In 2009-10 the national graduation rate for black male students was 52%. The graduation rate for white, non-Latino males was 78%. This is the first year that more than half of the nation’s black males in 9th grade graduated with regular diplomas four years later.” At the same time,   overall high school dropout rates have fallen steadily since 1990, and there is no indication that the rates won’t continue to fall, given the trend over the past two decades.

According to the National Center for Education Statistics, from 1976 to 2010, “the percentage of black students [enrolled in college] rose from 9% to 14%. During the same period, the percentage of white students fell from 83% to 61%.”

The Congressional Black Caucus report “Challenge the Status Quo,” meanwhile, found that there are 12.5 million African-American adult males living in America,who make up 5.5% of the total population, and 5.5% of the students on college campuses across America are black male students. The percentage of black male students enrolled in college is proportional to the 5.5% of African-American men college-age or above living in the U.S. today.

This is an important one, part of the narrative that allows casual racism like the kind experienced by Kwasi Enin. In fact, a recent U.S. Education Department’s 2011-2012 Civil Rights Data Collection survey noted that the American school system treats African-American boys unfairly. African-American male students receive a disproportionate number of suspensions, detentions and call-outs, and have a much higher rate of being expelled from school. In addition, schools attended by African-American males have less access to experienced teachers and advanced placement classes, according to the survey.

At the same time, the Casey Foundation recently found that African-American students face the highest barriers to opportunities. The foundation’s researchers measured success toward 12 benchmarks, including literacy proficiency, rates of employment, income and several other factors. The report concluded that African-Americans. when compared to other racial groups using these benchmarks, fare the worst due to disparities they face from birth.

Coded language and misused statistics have constructed this idea that African-American male students are underachievers. But ignoring the fact that some of America’s brightest minds are African-Americans, recent research shows that a lack of critical feedback and demonstrated high expectations is stifling black confidence in the classroom.

In three double-blind randomized field experiments, researchers at the University of Texas found that African-American students improved their grades after having the assignment expectation reinforced by their teachers.  These results point out that a cycle of mistrust and lower expectations is a likely culprit in cases of African-American underperformance.