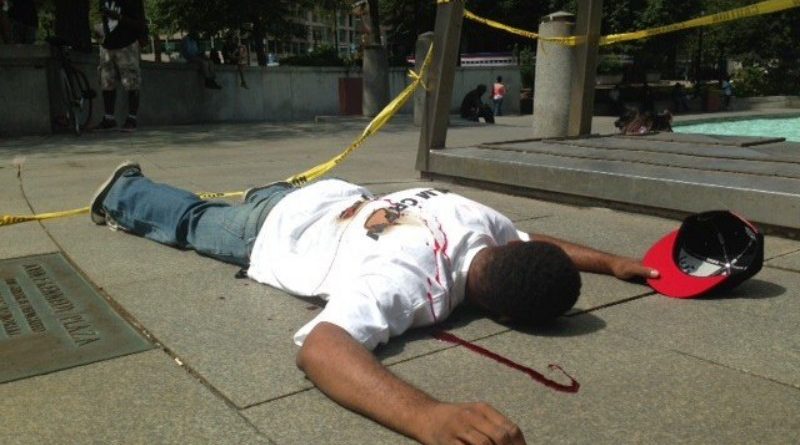 It happens everyday in America!

Black men kill each other at alarming rates all across America every day. Nearly every city’s daily news casts reports, “Today in our city three (or thirty depending on the size of your city) men were shot and killed in three (or thirty) separate shootings.  Police have no suspects in any of the cases.”  And immediately and innately you know that the people killed were black and the killers were black.  This has been going on for the last 30-40 years and no end is in sight.  New Orleans has one of the highest murder rates nationally.  Why do black men kill each other?

First thing you have to know is that 99.999% of black men do not commit murder ever in their lives.  That is a fact!  This is not a black man issue.  There is nothing genetically or intrinsically wrong with black men. But the fact remains that daily hundreds of black men across this country are murdered everyday by another black man.  Why does this happen with this subset?

In the black community, these killings are normally city events.  Rarely do you hear of a drive by in the country.  Most of these daily killings occur on the city streets.  Is the concrete an issue?

Young men engage in risky and violent behavior.  Most of the men dying on our streets are between the ages of 17-35.

Nearly 95% have not graduated from college and 65% have not completed high school.

100% were not upper class in America. The links between poverty and crime are well documented.  And black men have lived in depression level economic conditions for the last 50 years.

But these are often cited, unsurprising factors.  More salient is what goes into the psyche of a guy who can look into the eyes of another man and pull the trigger at close range or jab a knife with the intent to murder another man?  What are the other factors that contribute to becoming a murderer?

The guy who ain’t never scared and always looking to escalate a situation.  Down for whatever.  Nothing to live for and anticipating the day he will either kill or be killed.  This mindset is cultivated in a limited option, few chances, success deprived life.  This guy has had a number of arguments and fist fights throughout his life.  He hates authority and frequently feels angry or resentful towards people.  He often seeks to overcome a feeling of powerlessness.  This guy is a walking heap of rage.  He is always nothing but a gun and an argument away from murder.

A man who feels like everybody but him gets respect.

For this guy, respect is everything and options to express anger or refutation are often limited.   He often seeks to overcome a feeling of impotence. If another who seems unworthy of disseminating criticism or scorn or generally crosses the line of imagined respect, then a high level of response will be meted out.

The daily feeling of isolation, powerlessness and impotence is like being a prisoner of war.  One reason black men grab their genitals is to stress their vitality.  Men who have been literally stripped of the ability to display their manhood – great jobs, big houses, educational attainment and all the other accoutrements of modern society- are literally killing to express their power in life.  Twisted but true.

5 thoughts on “Why do Black Men Kill Each Other”