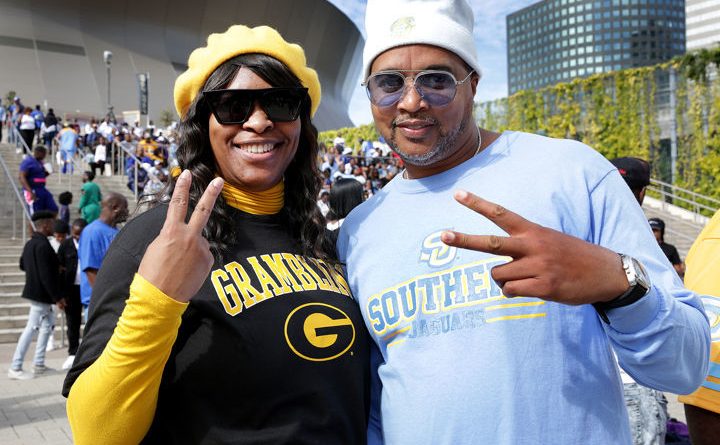 Every year you hear it during Bayou Classic. You probably believe it too.  Black people just don’t tip at restaurants .  So restaurants, if they open at all, close early. Hotels require armbands for guests.  Hotels raise their rates. New Orleans’ tourism economy places the you’re only kinda welcome mat out for Bayou Classic fans.  Cause the prevailing overarching theme is, “Black people don’t tip.”

Also, you hear, you might hear that some manager asked the black person for proof that he was a hotel guest, just after a warm and pleasant greeting to the white person. You might know that the few restaurants that are open only offer limited menus, featuring fried chicken.  And you might know  lines are long, and service is slow.  You probably didn’t hear that the waiters are rude.

Chicken or the Egg

African Americans and restaurants have a complicated relationship in America.  In fact, the Canal St. site of the building collapse was once the epicenter for the civil rights protests in New Orleans.  Oretha Castle Haley led groups of protesters to sit in at the segregated lunch counter at Woolworth.  And across the country African Americans used restaurants sit ins to achieve a sense of equality in America. For years after, African Americans received poor, disgruntled service from restaurant staff who felt forced to comply with changing laws.  To this day, most African Americans are keenly aware of service differences when eating out.  And not tipping is the historical response to bad service.

We love great stories.  We can remember things better when there is a story attached to the details.  The problem is narrative fallacy occurs meaning later we often ignore facts and cling to the emotion of the story.  This narrative fallacy may be a factor in the widely accepted story that black people don’t tip.  So, when a ready to tip and hungry group of African Americans sit at a table, the waiter’s preconceived notions contribute to poor service and even ignoring the black table for a table of white patrons who suffer no such preconceived bias.

While some of the Bayou Classic visitors are college students, most are college graduates who fly into town, pay to stay in downtown hotels and are good job having, middle aged professional alumni looking to enjoy the intense rivalry.  Meanwhile some college kid visits and spends $15 bucks at a Daiquiri shop and eats fast food on Canal St.  But confirmation bias – the tendency to see things as you wish them to be – leads to widespread reports of tip shorting.  Even if black people tipped at 35%, there is no way to overcome the built-in beliefs of waiters who believe that black people don’t tip.

No matter what really happens the narrative will be the same.  People will believe what they want to believe.  Yet the city reports that Bayou Classic had $50 million-dollar economic input.

With just a little better customer service, that could be a $50.05 million dollar impact.