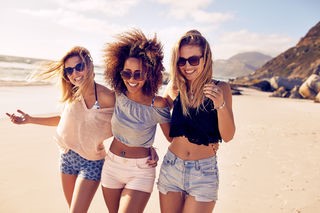 A duel between conflicting theories of how to cultivate friendships.

There is a quote from the Stoic philosopher Seneca which frames this debate: “When a person spends all of her time in foreign travel, she ends by having many acquaintances, but no friends. And the same must hold true of people who seek intimate acquaintance with no single author, but visit them all in a hasty and hurried manner.”

It’s clear that Seneca believes two things here. First, Seneca believes that having lots of friends is anti-correlated with having close friends. This assumption makes sense if you think that social resources are finite. For example, if you have 10 hours to spend time with friends this week, you can either allocate those 10 hours among 10 different friends or spend it all with one single friend. Assuming that friendship is a function of the amount of time spent with someone, you’re going to cultivate a closer relationship with the one person than you would with any of the 10. Seneca’s second belief is that it is more valuable to have friends that are close rather than numerous.

Seneca has his opinion. But which is really better: more friends or closer friends?

In the corner opposite Seneca, supporting “more friends” is a theory from sociologist Mark Grannovetter. In his landmark paper on The Strength of Weak Ties, Grannovetter makes the claim that the economic value of one’s social network is not in the number of close friends you have, but in the number of arms-length acquaintances you have. It’s the weak-ties that matter, not the strong-ties. Grannovetter’s argument centers around the idea that people who you are really close to—your strong ties—share much of the same social and professional sphere that you do. They are unlikely to introduce you to new ideas or new job opportunities or any sort of information that you wouldn’t already be likely to come across without their help. Weak-ties, on the other hand, are not generally part of the same world. They have different jobs, specializations, college majors, friend groups of their own, and they are a part of environments from which you can potentially learn. Strong-ties make the world smaller, weak-ties make it bigger.

A bigger world may mean a world with more opportunities, but it goes without saying that economic gain is not the only standard by which to judge a potential relationship. Backing up Seneca, coming down squarely on the side of “closer friends,” is a theory by anthropologist Robin Dunbar, commonly known by the shorthand of “Dunbar’s number.”

Dunbar’s theory, argued in his 1991 paper on Neocortex size as a constraint on group size in primates, is that there are fundamental limits to the number of people that a human (or a chimp, for that matter) can know well. These limits are cognitive. Our social minds can only handle so much social information before getting overloaded. Dunbar’s number is most often quoted at 150, specifying, in Dunbar’s words, “the number of people you would not feel embarrassed about joining uninvited for a drink if you happened to bump into them in a bar.” This is supposed to be the optimal group size if you want everyone to know everyone else pretty well. And it can be extrapolated to suggest that this is also pretty close to the limit of one’s social groups—that is, only about 150 of your Facebook friends are people you really care about.

There is a corollary of sorts to Dunbar’s number. You can think of it as Dunbar’s concentric circles. Not all close friends are created equal: Some of those 150 friends you care about are going to be closer than others. There are also loose cognitive limits on these various inner circles of friends as well. Jesus’ disciples are a good example of this. In the first circle were his three closest confidants: Peter, James, and John—his best friends, so to speak. Then there was his inner circle of 12 disciples. These were people with whom he was certainly close, but each one to a greater or lesser degree (Judas betrayed him, after all). Then there is a passage in Luke 10 where he sends out 72 disciples to go ahead of him to places he planned to visit. These were presumably people he knew and trusted, though not as well as the 12 (note the number is within Dunbar’s 150). Then there’s the story of Jesus feeding the multitude with loaves of bread and fish—supposed to have numbered 5000, well beyond the number that he would’ve known personally.

So what should you do with your 10 hours of social time? It is better to divide it among 10 friends as Grannovetter suggests or allocate it to a single one in alignment with Dunbar? On the one hand, it does seem to be the case that the economic value of a social network increases with more friends. On the other hand, perhaps this brings down the likelihood that you’ll be especially close to any of those friends, with each of them vying for the resources of your social attention. What is more certain than the definitive answer is that any particular individual will have a sense about how they personally cultivate friendships.

But as the quote above suggests, Seneca isn’t actually making a point about friendships. He is using friendships as a metaphor to drive his argument about the authors you should read. It is essentially the same problem: Should you read more authors or focus on developing better knowledge of a few? He claims that it is more important to digest the works of a selective few master thinkers, affording yourself the ability to see the world the same way they see it, rather than reading many different authors and not knowing any single one of them intimately.

In this Seneca is likely correct, as Granovetter’s weak-ties argument about economic viability doesn’t apply to authors. They don’t become a part of your social network after you’ve read their work. However, you can incorporate a deep understanding of their worldview into your own—a process compatible with Dunbar’s concentric circles. There are, like Jesus’ disciples, the ones with whom you’re closest and know all their work intimately, followed by another circle of close familiarity, all the way up to those you don’t know and are willing to read little more than an Internet article by them. But whether or not you agree with Seneca’s contention, it follows that we should be as deliberate about choosing the authors we engage as the friendships we cultivate.